Behind the Screens: What’s in Jordan’s camera backpack? [Video] 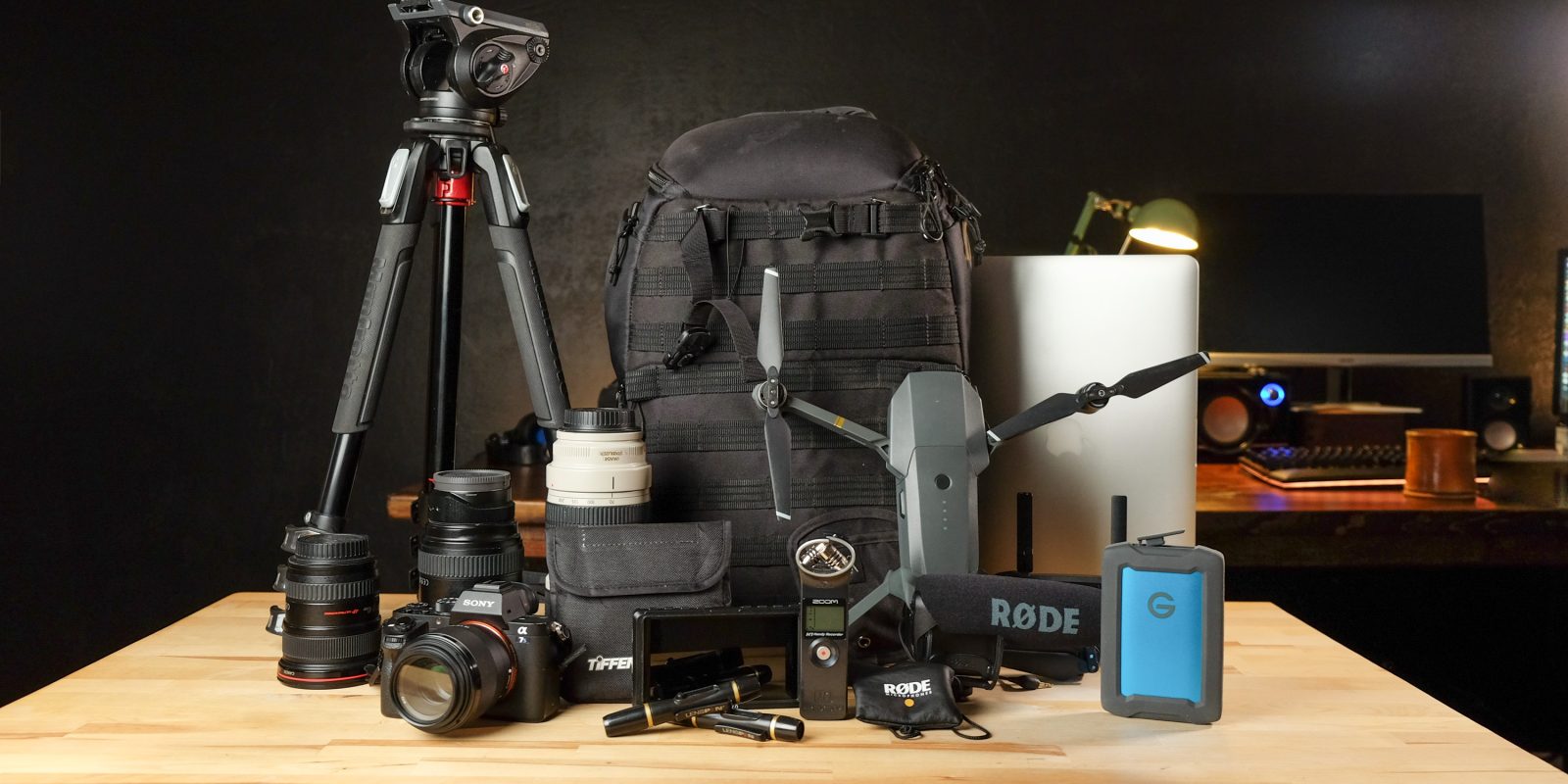 Most of what you see is shot here in my studio where I don’t need to carry anything around. But I do a fair bit of other freelance shooting and travel with equipment for events, so I wanted to take you through what’s in my camera backpack on some of these trips. Head below and check out the video for even more details.

First off, let’s start with the backpack. I bought this one about a year ago – it’s the Lowepro Protactic 450 AW, the original version. Lowepro had recently come out with another updated model so I got a great deal on this one for $100. You can still find some used here and there, but with the updated version, the Protactic 450 AW II being only $225, I would opt for that. Or wait for a sale because getting the first version for $100 was a great deal. What I love about this pack is that it’s super modular for however you want to use it. 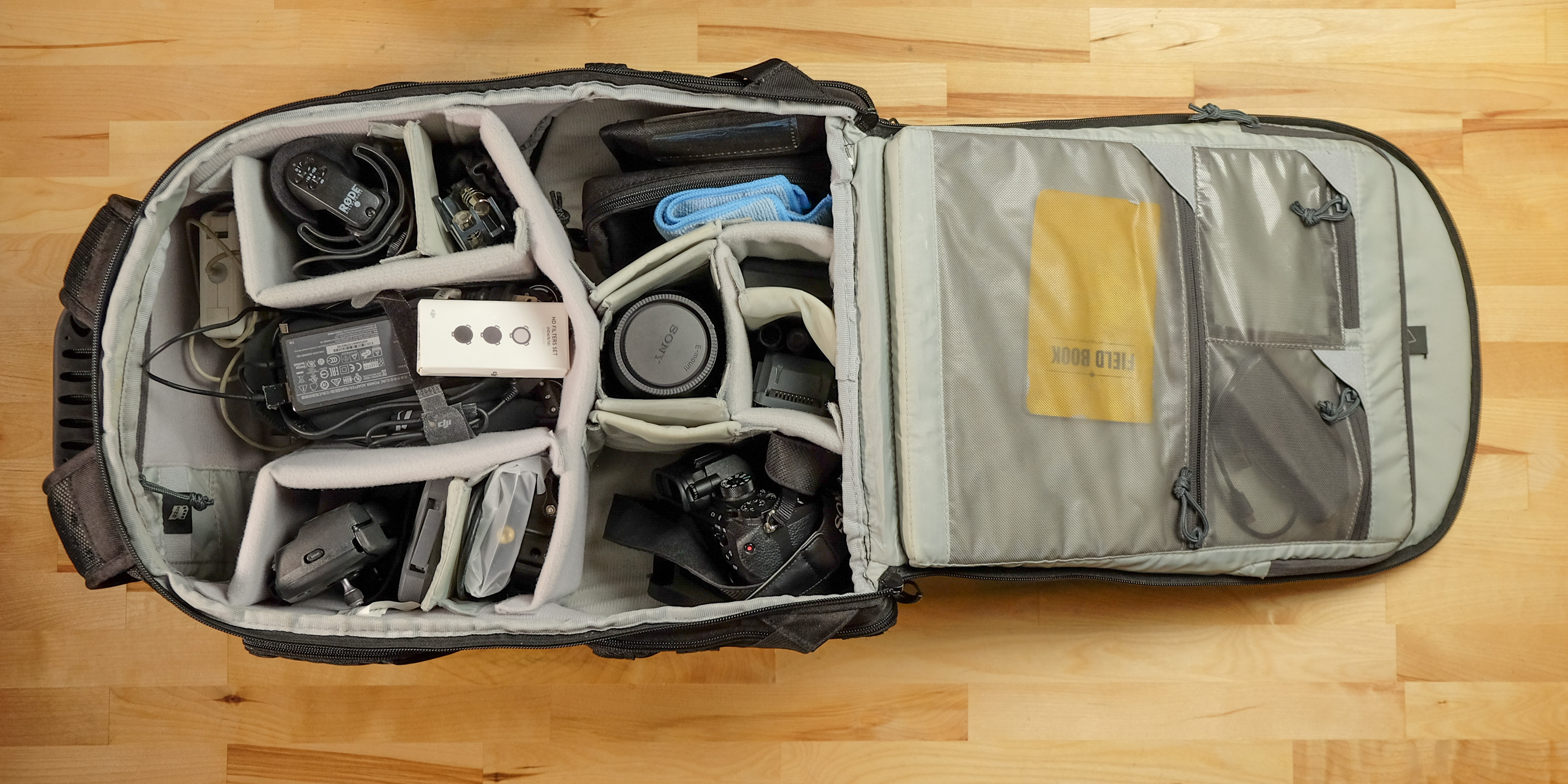 As a photo-centric pack, one of the main features is three quick zippered access points to the main compartment. This means you can stash a camera on the left or right and just swing the pack off of one shoulder to access a side compartment and get shooting quickly, or take the pack off and pull a camera body with a large lens out of the top of the pack.

Additionally, because of the molle system and included accessories, you can attach whatever you need to the outside of the pack. I usually have the water bottle pouch on and, if necessary, the tripod base with a strap to secure the top of the pack.

What’s in my backpack: Video

Other great features include the chest strap and removable waist belt. That’s what I like this pack because it can be perfect for a short trip to the coffee shop or I even took it on a 4-day motorcycle ride through Baja and it easily held my clothes and shooting gear.

Be sure to check out the video above for more details on the backpack.

So here’s a look at some of the gear I take with me when shooting away from the studio. 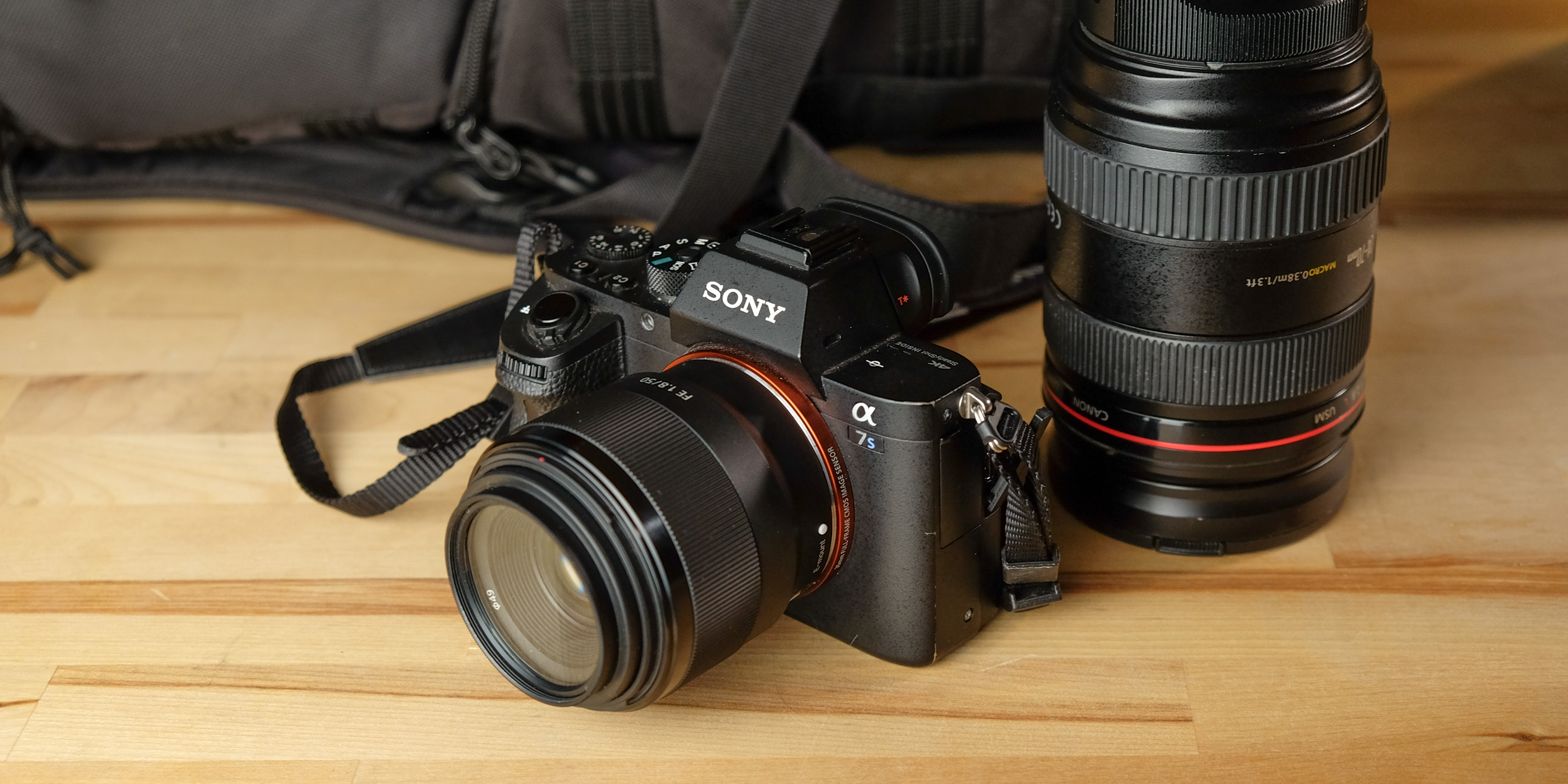 My main camera is the Sony a7s II and typically I use the Sony 50mm 1.8 lens. It’s definitely one of the cheaper lenses, but a nifty 50 is the gold standard for DSLRs. I love the small size and light weight nature for on the go shooting. I used to use Canon bodies, mainly the 5d Mkiii, but the video features found on the Sony line and the small form-factor with full frame image made me switch. When I bought the a7s II I paid over $3,000 for it, but now you can get just the body for $1,998 – which is a great deal. 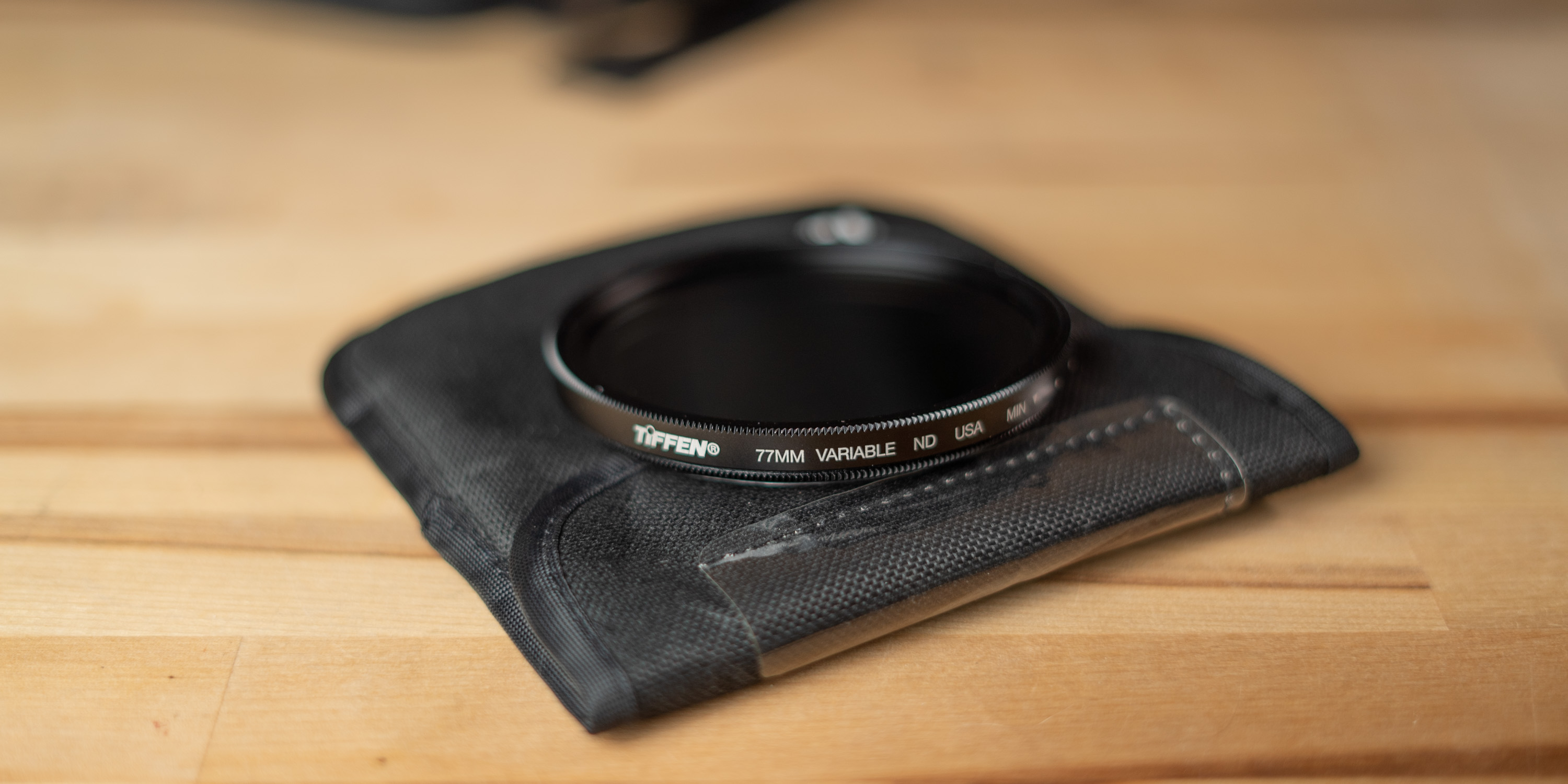 Because I shoot mainly video, I also make sure to take an ND filter with me to help keep my shutter speed around 1/50. The one I use most often is a Tiffen 77mm Variable Neutral Density Filter. 77 is the size for most of the larger Canon lenses, then I can just use a step up ring to attach it to the 50mm Sony lens without buying and additional filter. I also usually have a UV filter on the 50mm mainly for protection when I’m not using the variable ND. 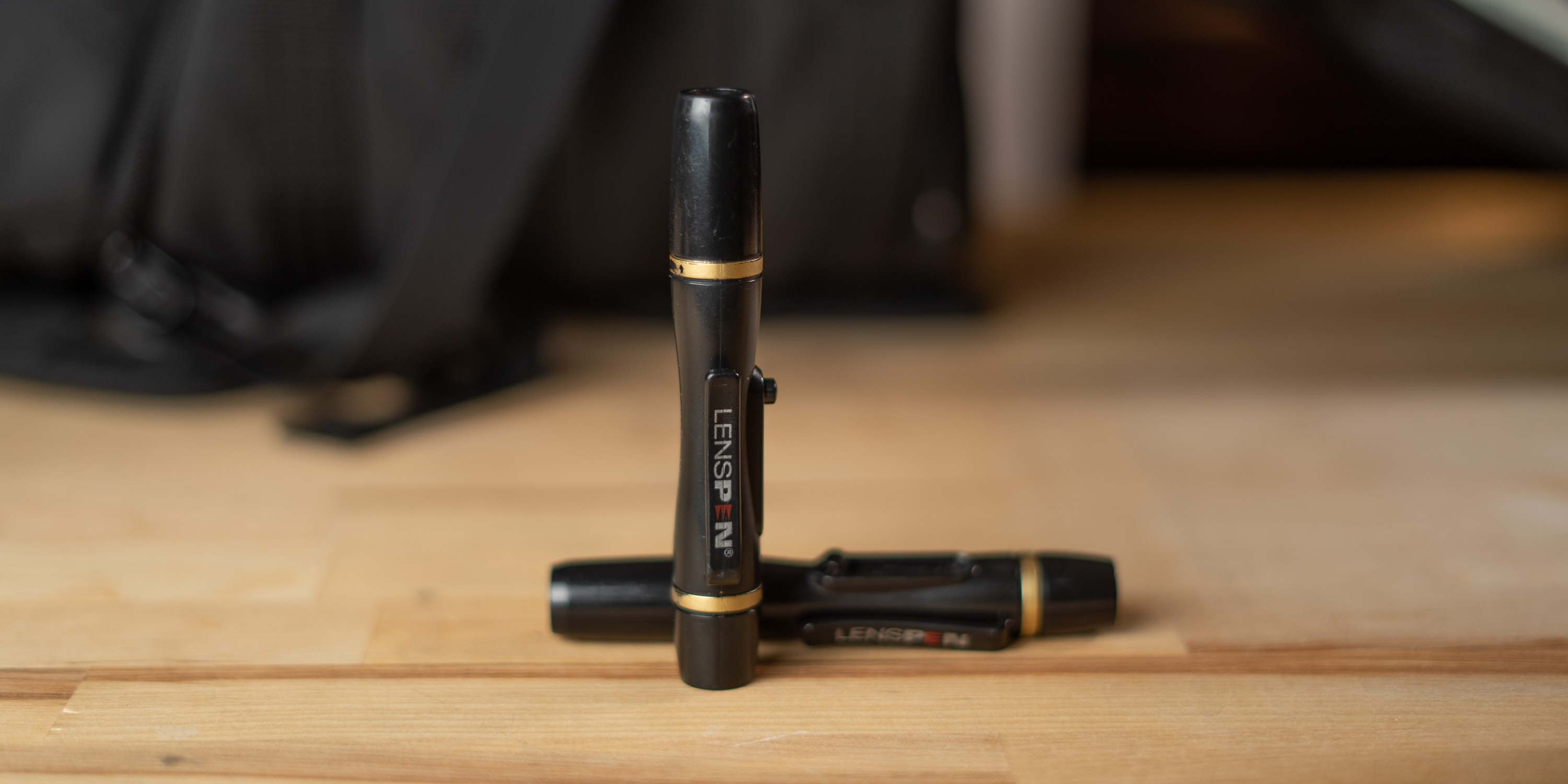 Another staple is at least one lens pen. I’ve lost a few of them because I keep them in my pocket on a shoot, so having a couple in the bag helps. These are great because you can brush off any loose particles and then use the other side to scrub off any oily smudges. Definitely recommend these $9 accessories to any photographer or videographer. 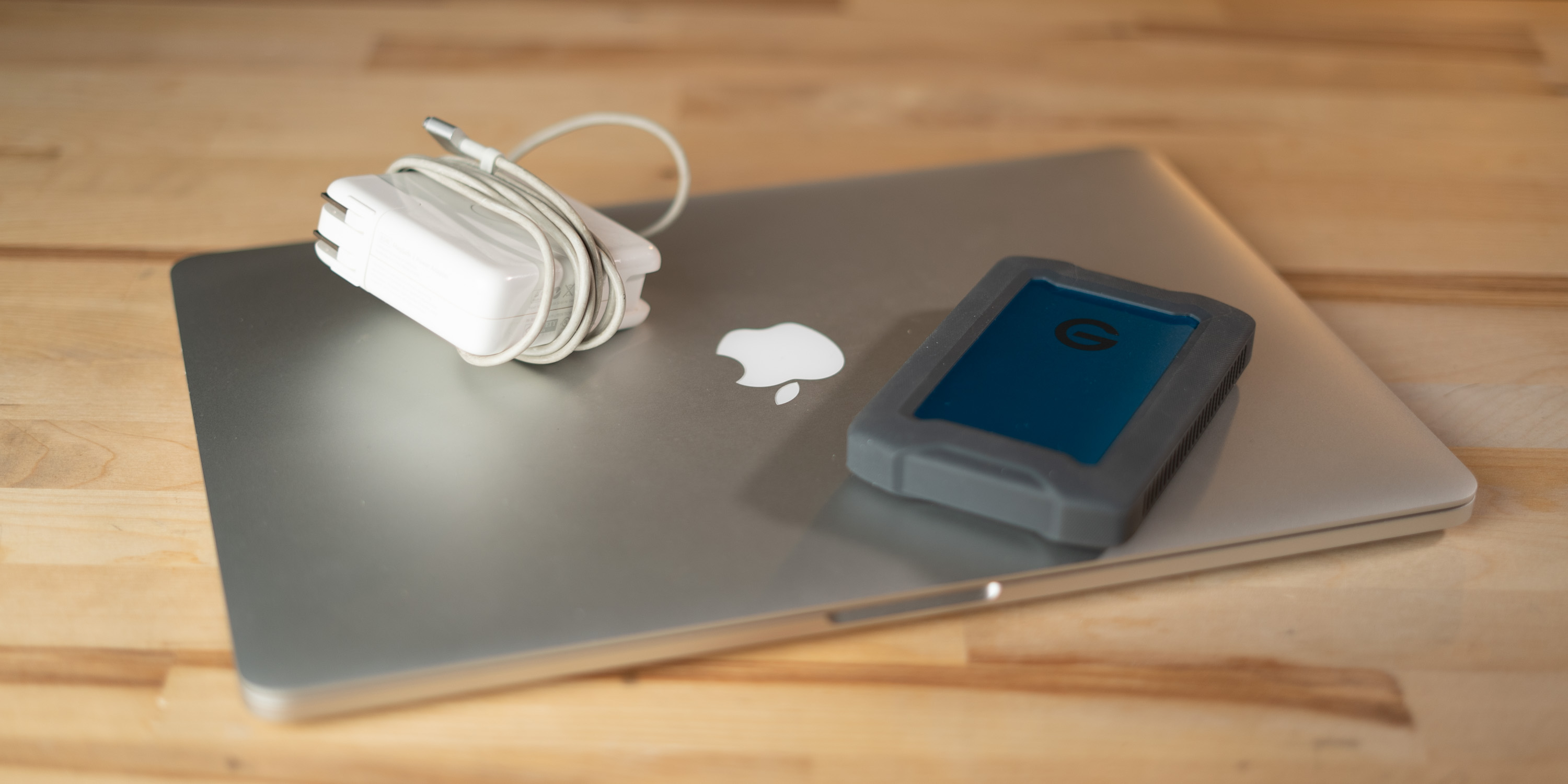 I’m still rocking an older 15-inch Macbook Pro which fits snugly in this backpack sleeve. I don’t think I could fit anything bigger than this in here. The substantial I/O here makes it a no-brainer at this point, as I can easily connect various drives and more.

Backing up footage while shooting or at the end of the day is definitely a best practice. The drive I’ve been using recently has been the Armor ATD from G-Technology. I’ve used quite a few Western Digital My Passports in the past, but usually have an additional protective case around those. I don’t feel that I need the case on the Armor ATD so that clears up a bit of room in the backpack. Check out my review of the Armor ATD to learn more about it. 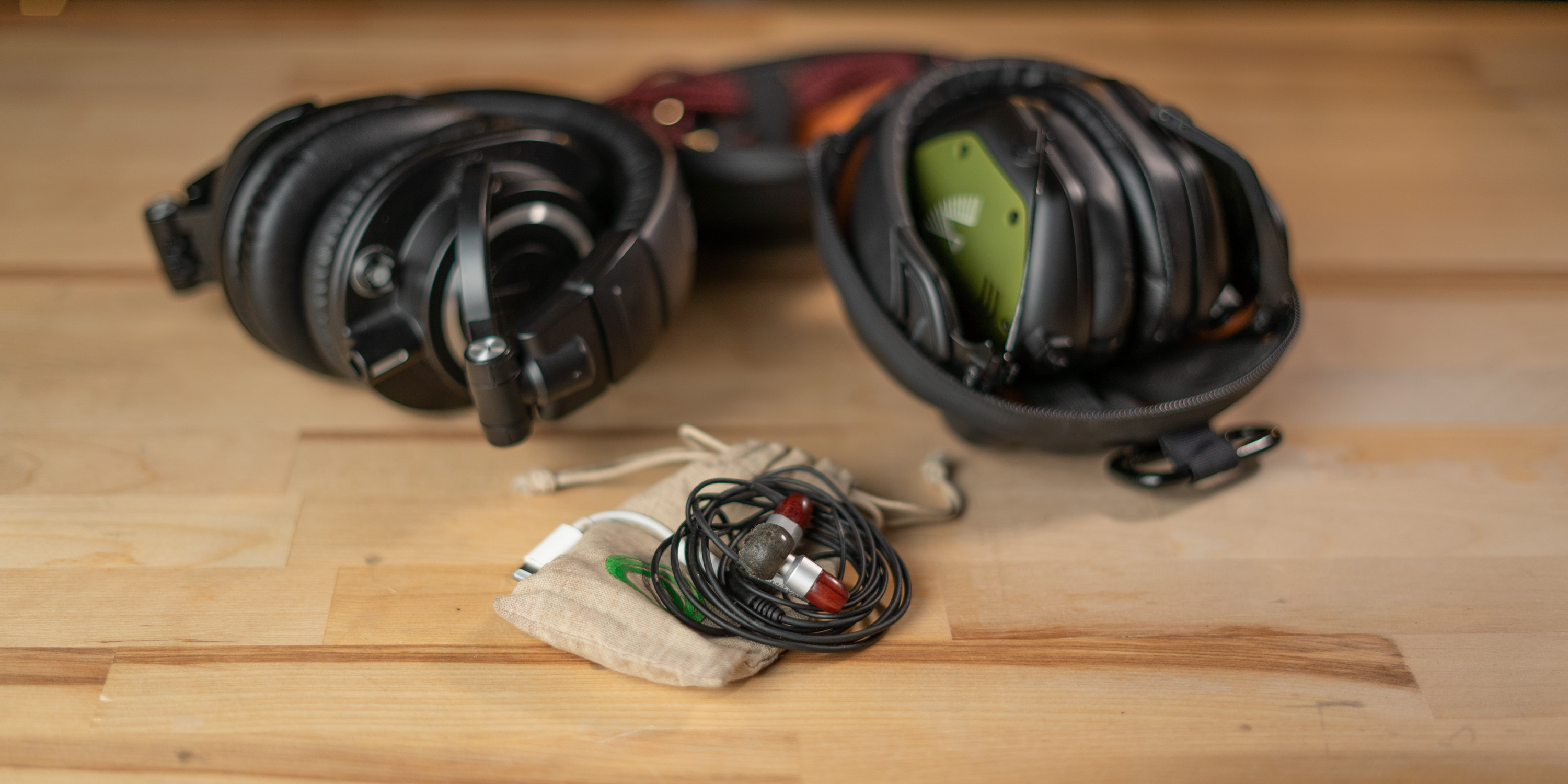 I have a pair of earbuds that live in my backpack – I don’t take them out. They’re wired, but because of that they’re always ready to go. And I keep the dongle for my iPhone 8 attached to them as well. Earbuds are great because of their small form factor – I can just put them in the side pocket. These are from Thinksound, who sadly isn’t in business any more. That being said, if I have room, I’ll throw in a pair of over-ears like the Audio-Technica ATH-M50x or the V-Moda Crossfade M-100 Master. 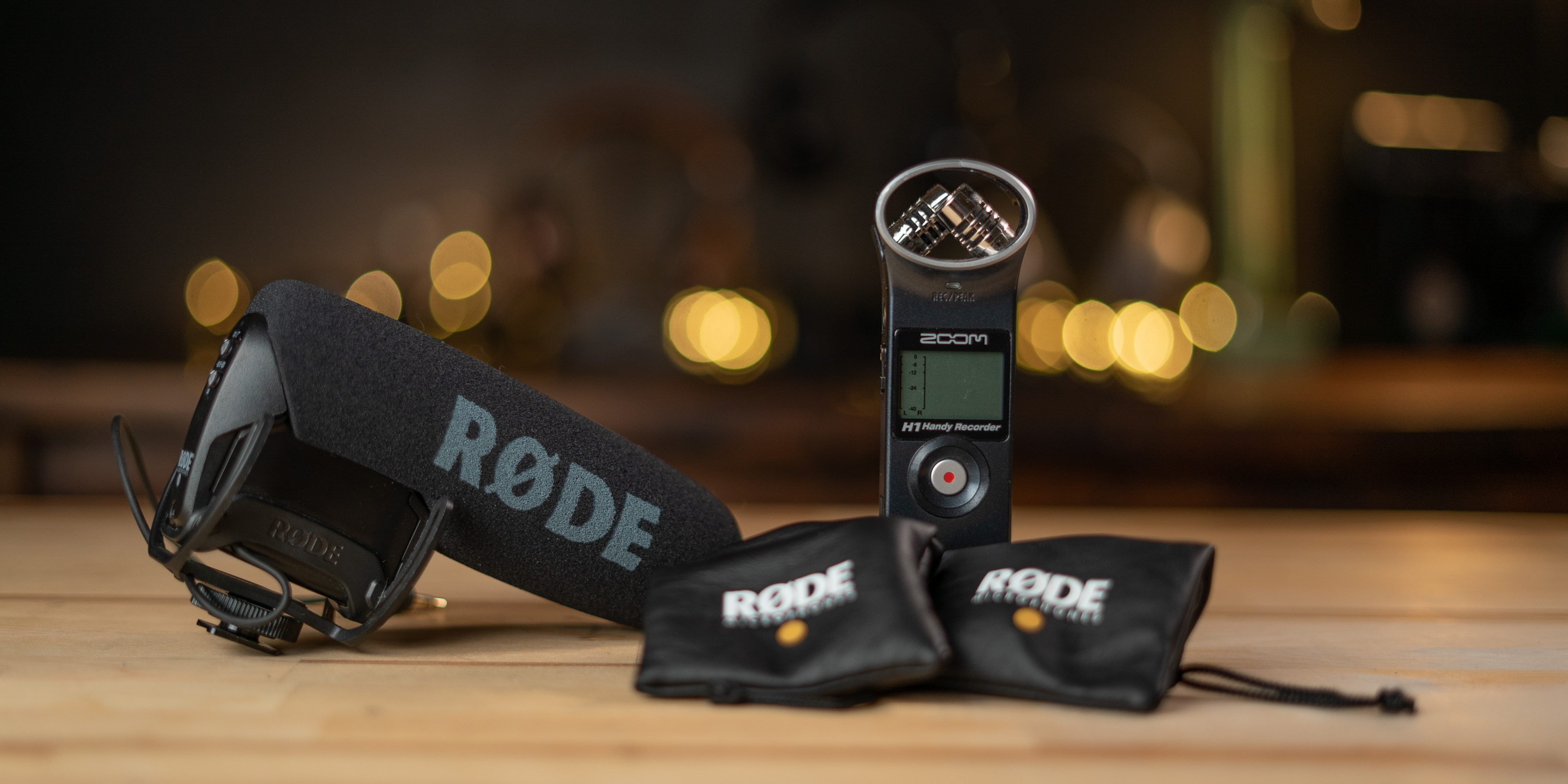 For on-camera audio, I use a Rode VideoMic Pro that came with the Sony when I bought it. It gives a nice clear sound and has some nice gain features. The only real downside is that it does require a battery, but on the upside that battery lasts quite a while so you don’t need to worry about replacing it often.

For interviews, and other situations where on-camera audio isn’t enough, I typically use this Zoom H1 recorder with some lav mics attached to it directly. I use the Rode smartLav, so I can also use a smartphone if the recorder isn’t available or there are multiple people who aren’t in close proximity. Sure, a wireless LAV would be great to have direct into the camera to sync with media, but I’ve found that syncing in post is pretty easy these days with programs like Pluraleyes, syncing inside of Premiere Pro, or just lining up waveforms manually. 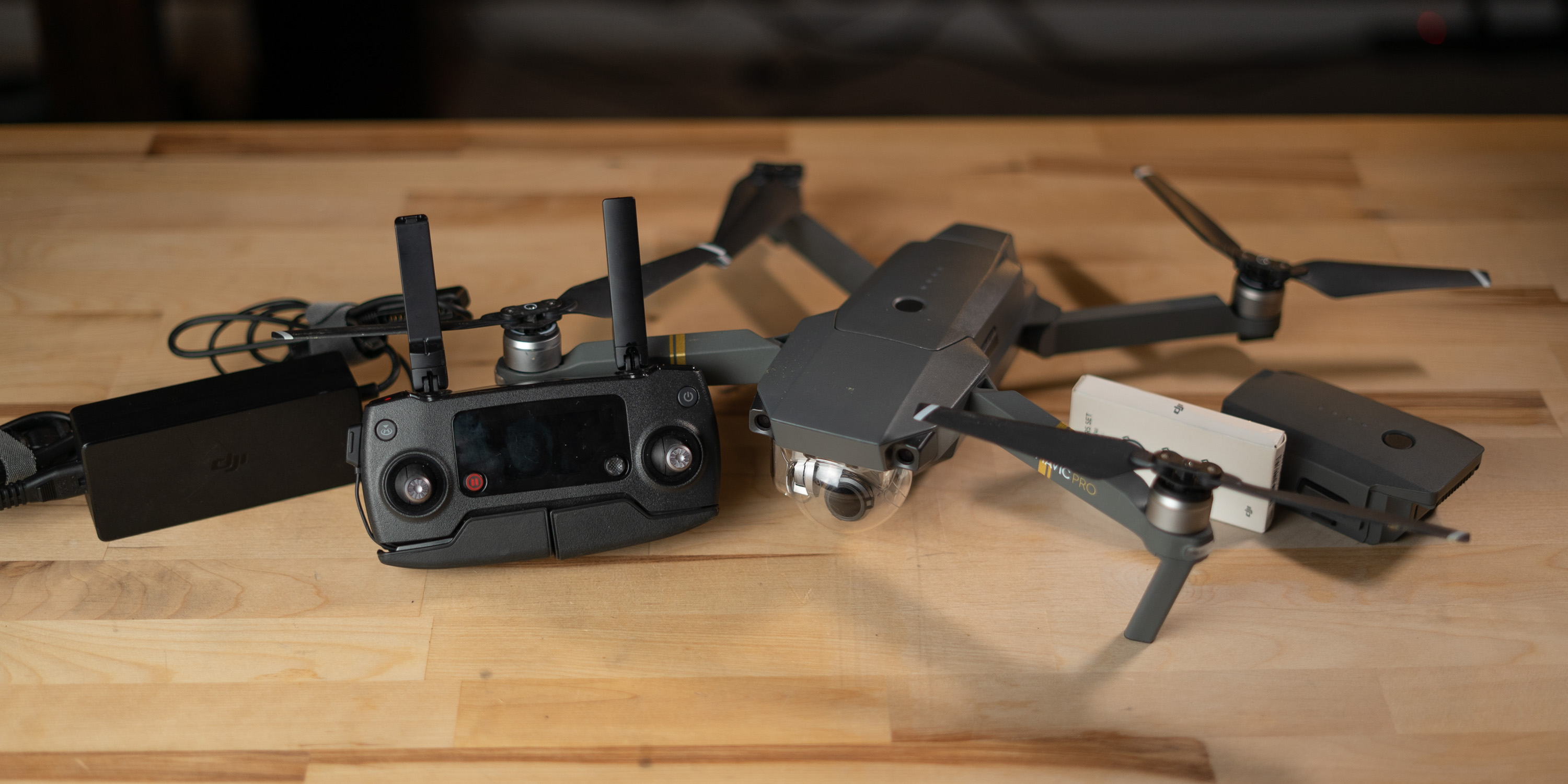 I also shoot a lot of aerial footage, so packing the DJI Mavic Pro is super easy into this bag. Obviously, I would love to upgrade to the Mavic 2 Pro at some point, but I’m still rocking the OG. I used to fly an Inspire 1, which is great, but to have the quality and flight time of the Mavic Pro fit in my camera backpack instead of requiring a completely separate bag or hardshell case is a game changer. You can get a refurbished Mavic Pro for around $660 these days which is a great deal or a refurbished starter bundle for $799. 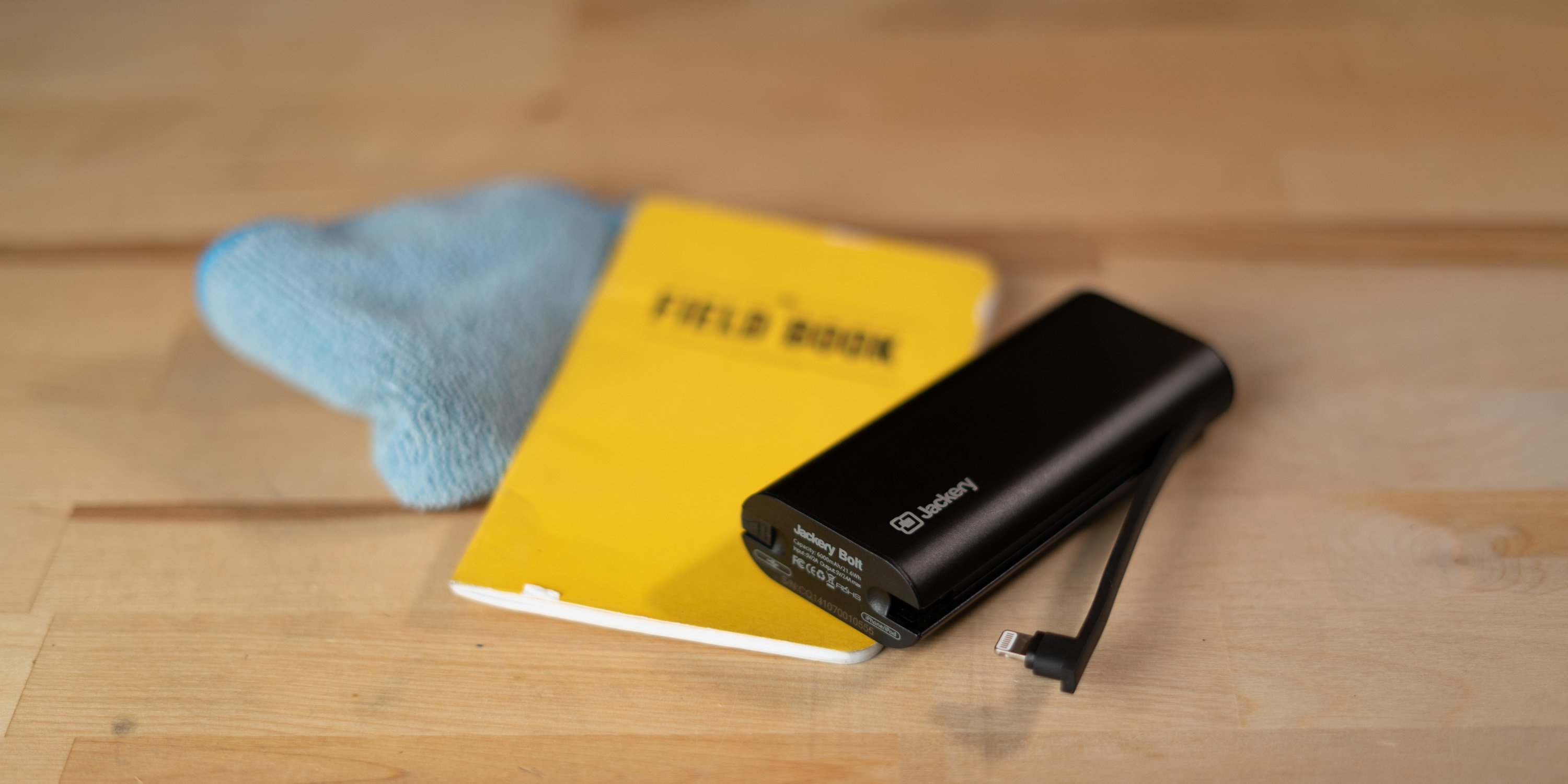 Some other accessories that I have thrown in here include a little Jackery Bolt portable charger. This $33 external battery is great to have for emergency juice if my phone is running low. I also usually keep a microfiber towel for wiping anything down and a pen and notebook. 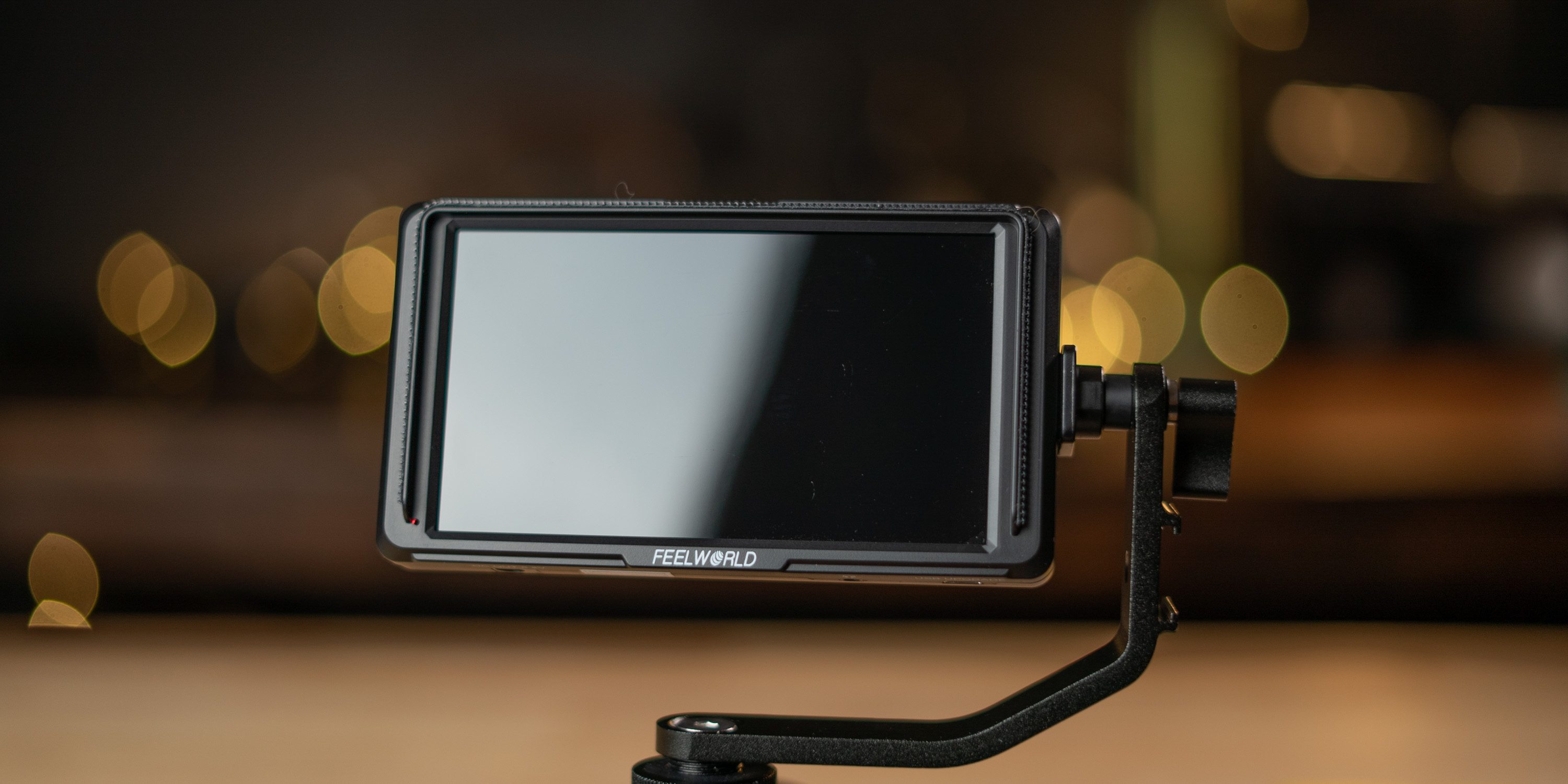 Recently I picked up this monitor, the Feelworld F5 5-inch for $160. It’d be a competitor to small HD, though not nearly as high quality, but it’s been working well for me so far. Maybe I’ll do a review of that after I spend a bit more time with it. I mainly use it in the studio, but it works great when shooting on the road. It has a sharp display with handy video features like false color and peaking.

If I’m going to edit, and I have some space, I typically try to throw in a mouse pad and a old trusty Razer Deathadder mouse. If at all possible, I always try to edit with a mouse because I find myself much more efficient that using a trackpad.

So that’s a quick look inside what I usually have with me on a shoot outside of the studio. With my backpack and equipment it does change from situation to situation but usually most of those items live in there when I’m going out for a shoot. What are some of your go-tos?