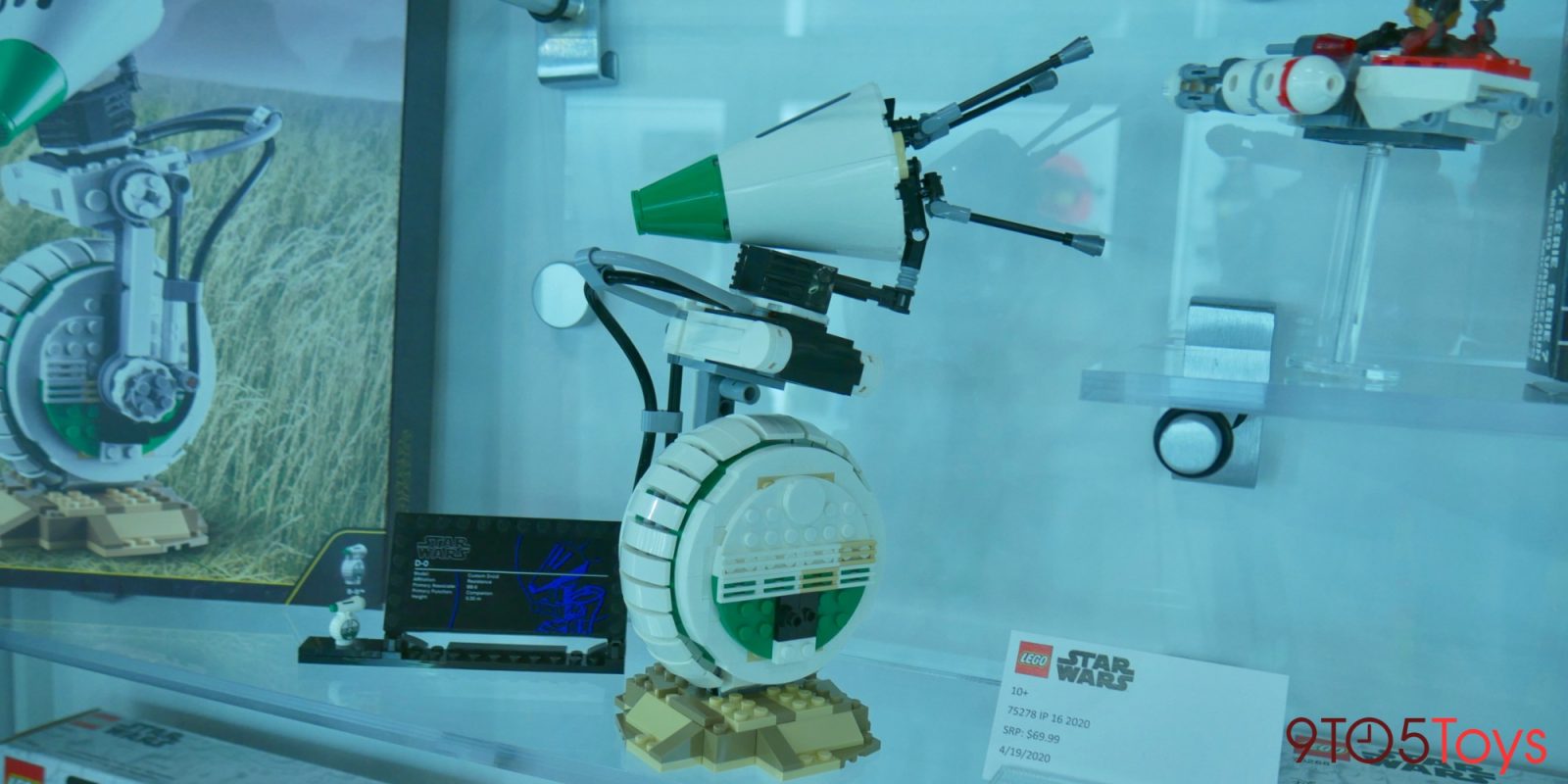 We’re here at Toy Fair 2020, and this morning to kick off the convention, we’ve gotten an up-close look at what LEGO has brought to the show. Headlined by some enticing new Star Wars creations, there’s also a variety of upcoming builds hitting the scene from the Collectible Minifigure Series, as well as new properties like Minons, and more. Head below to see all of the new kits and creations showcased at the LEGO Toy Fair booth this year.

First up on the docket this year is none other than the Star Wars theme. As one of the most popular LEGO series, it’s no surprise to see the company bring the heat for its Toy Fair 2020 showcase. And oh did they deliver. Sitting amongst previously-released kits this year, LEGO is continuing to expand its collection of upscaled characters from a galaxy far, far away with a new arrival from The Rise of Skywalker. 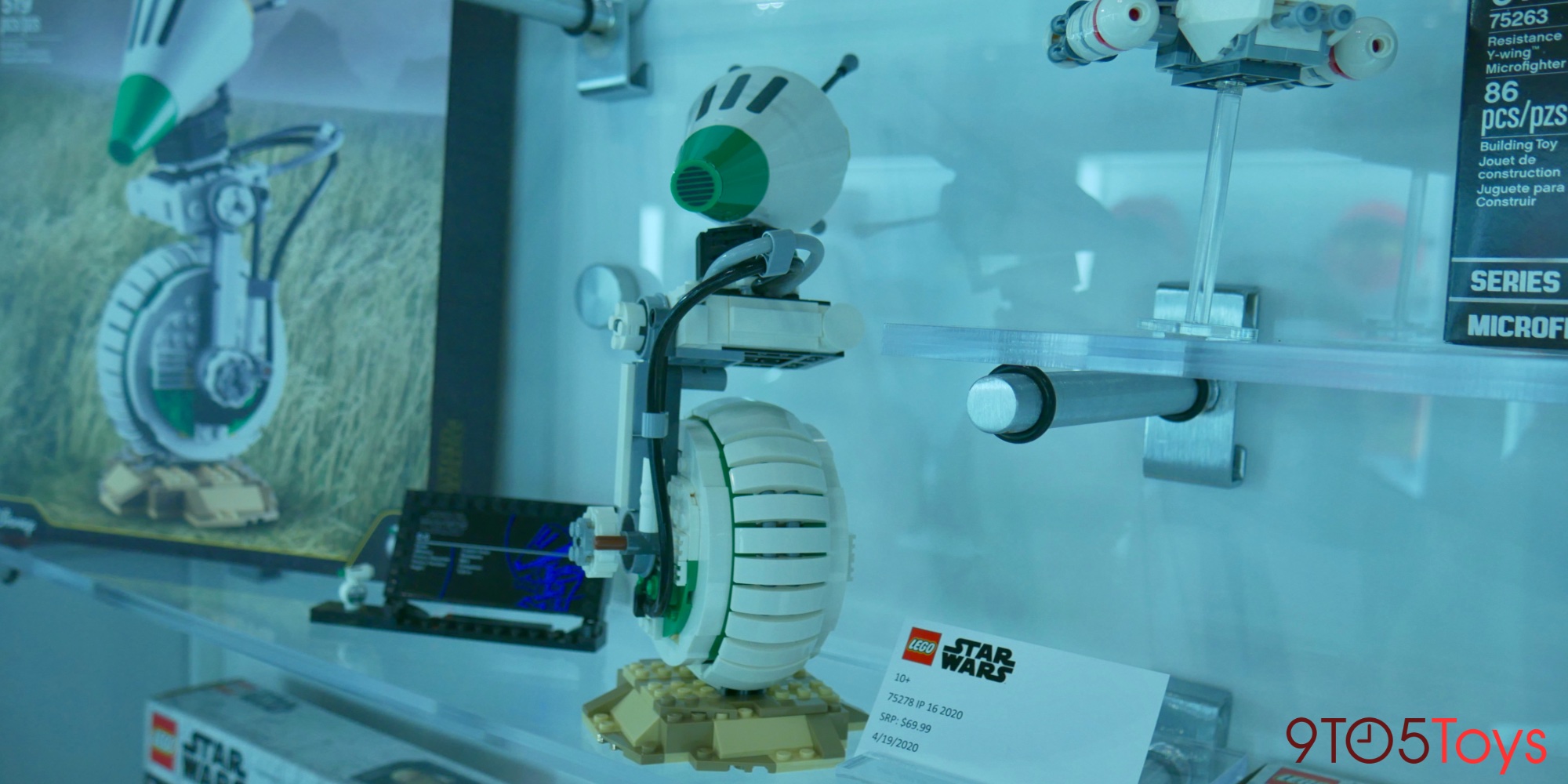 This year LEGO has unveiled a new buildable D-O kit. In the past we’ve seen the same treatment for BB-8 as well as the lovable Porg, and now that continues with one of the fan-favorites from the latest Star Wars film. Stacking up to 519-pieces, this kit isn’t quite life-size, but it does stand nearly 1-foot tall. Arriving on April 19, D-O will retail for $69.99. 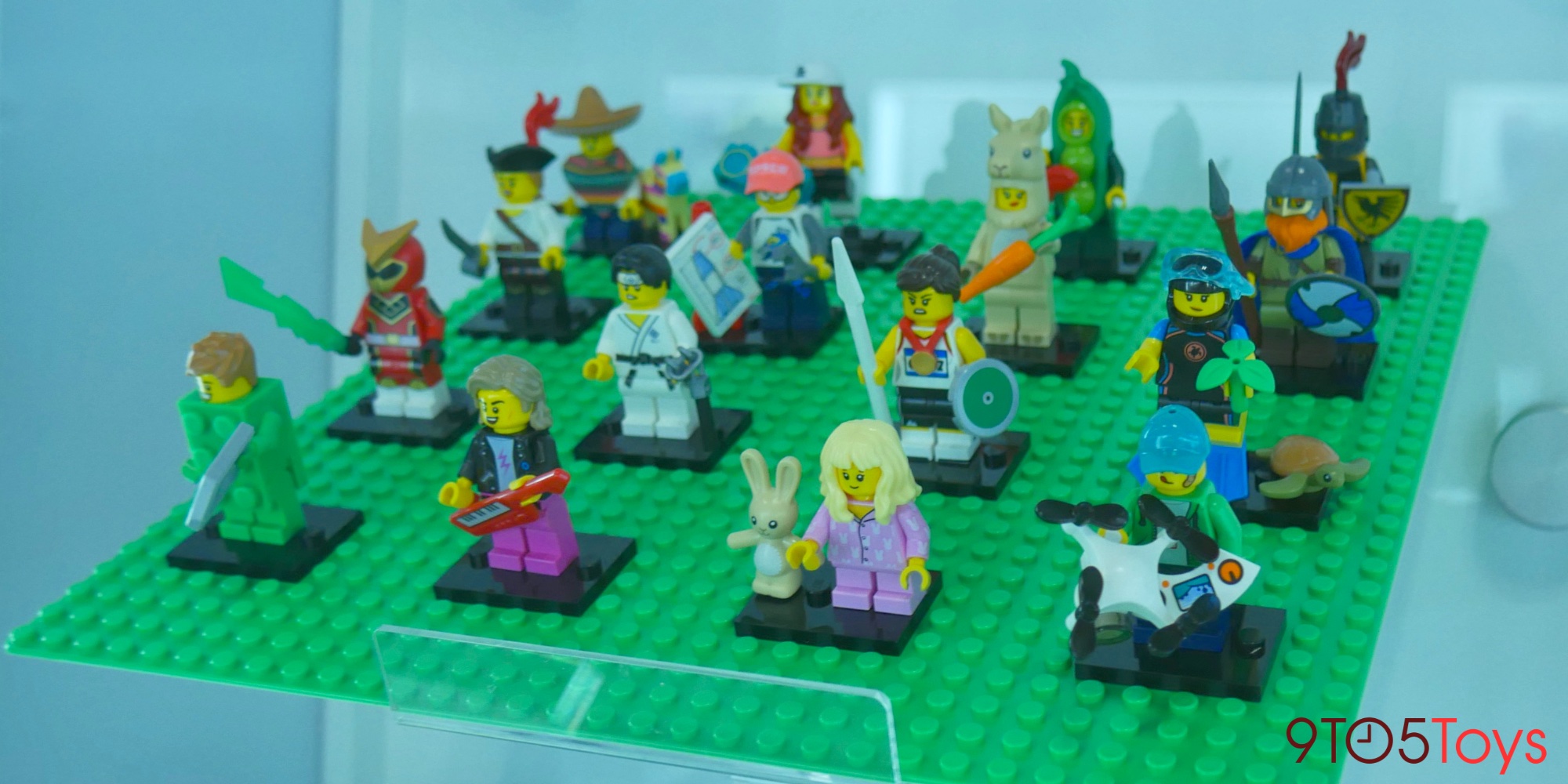 LEGO’s Toy Fair 2020 showcase also notably introduces the latest in the Collectible Minifigures Series. Following up its batch of DC superhero figures, we’re now getting 16 new characters to fill your brick-built City with. As per the usual, you’ll find a variety of figures spanning various themes, each of which includes their own signature item.

Some of our favorites in the group are headlined by a Super Sentai-themed samurai, drone pilot, model rocket builder, and more. The latter two come with some eye-catching new bricks, including a printed rocket schematic and a curved tile that doubles as a controller. Expect the latest Collectible Minifigures Series to arrive in April alongside the other LEGO sets unveiled at Toy Fair 2020 with the usual $3.99 price tag per figure.

On top of what’s entirely new for the show today, LEGO also gave us a hands-on look at some of the kits announced prior to Toy Fair 2020. Back on Thursday we first got word of the Baby Yoda BrickHeadz kit, and now we’ve finally gotten to see it in person as well as the upcoming Razor Crest build. Starting with the upcoming Star Wars BrickHeadz, Baby Yoda, as expected, steals the show. The creation perfectly pulls off the lovable character’s look and utilizes some interesting techniques while doing so.

The Mandalorian on the other hand is equally as impressive. Though in its current form, much of the figure’s detailing has been added with stickers rather than printed pieces. Whether that’ll change for the final release later this year is still up in the air. I’m sure it’s no surprise that we’re hoping for some exclusive printed bricks to be incorporated. You can learn more about the kits, as well as lock-in your pre-orders, right here.

LEGO also took Toy Fair 2020 as an opportunity to give a more detailed look at its newly-introduced Minions line. While you’ll find all of the details right here, pricing and availability on the theme’s first wave has also now been officially confirmed. 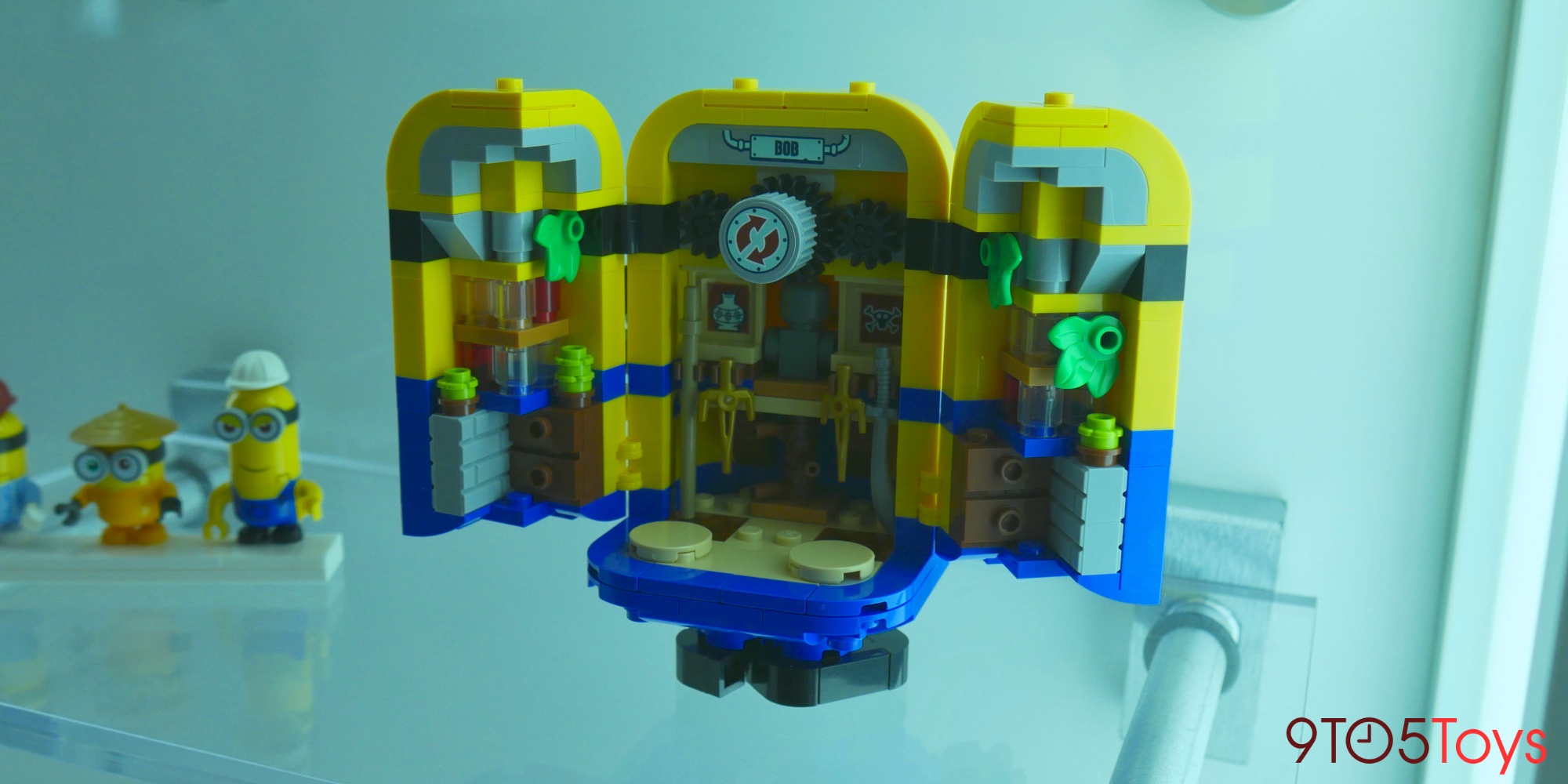 The entry-level kit from the series will sell for $20, with the most expensive creation capping out at $50. We were a bit apprehensive on the Minions kits at first because of higher costs that are usually associated with licensed properties. But now it’s safe to say that each of builds pack plenty of value alongside the expected Minions wackiness.

While there aren’t as many new LEGO releases showcased at Toy Fair 2020 as past years, it’s clear the company is putting quality over quantity for its latest batch of kits. We’re particularly eyeing up the new brick-built D-O, but it’s hard not to love the latest Collectible Minifigures series, too.

LEGO does note that it’ll have plenty more in-store for fans in over the next few months; there might even have more to unveil at the event in the coming days.

Toy Fair 2020: The best new releases out of this year's New York showcase

Toy Fair 2020 will be bringing some of the biggest toy manufacturers in the United States to the Jacob K. Javits Convention Center in New York City. It kicks off on February 22 and will run through the 25. Expect to see new releases and announcements from favorites like LEGO, Hasbro, Razer, and more.