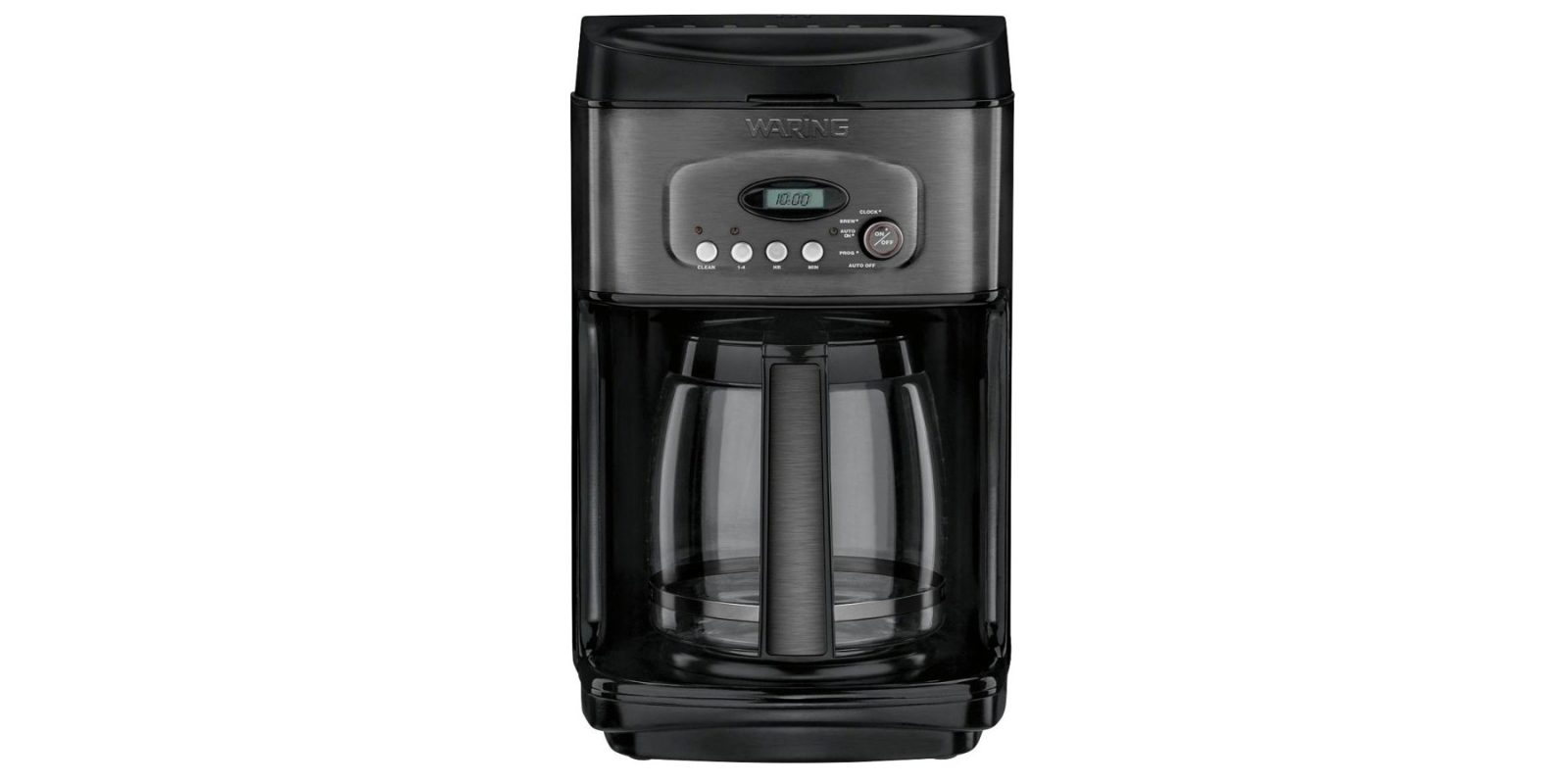 The official Best Buy eBay store is offering the Waring Pro 14-Cup Coffee Maker in black stainless steel for $29.99 shipped. Matched directly at Best Buy as part of its Deals of the Day. This model sells for as much as $100 at Best Buy, although we have seen it in the $70 range previously. Today’s deal is the lowest we can find and a match for our previous mention. While it might not have all the bells and whistles of those espresso/single-serve options, when you need to brew a pot for the whole family or a group of friends, you’ll wish you had a standard drip machine on the counter. In this case, you get a sleek black stainless steel model that can make up to 14-cups at a time with a handy brew pause feature so you can sneak a cup in before it’s done. Rated 4+ stars from nearly 200 Best buy customers. More details below.

However, if this is just going to be an extra brewer for get-togethers and the like, you might not require the 14-cup capacity and stainless steel build. In that case, check out the Black+Decker Programmable Coffeemaker for $24 at Amazon. It can brew up to 12-cups at a time and also has a similar “Sneak-a-Cup” feature. Rated 4+ stars from thousands at Amazon.

And in case you missed it yesterday, we have a series of other brewers on sale right now starting from $11 for some simple single-serves and as much as $500 off espresso machines.

We’ve barely finished our morning coffee and the Home Goods Guide is already jam-packed full of notable deals for around the house. That includes Gold Box offers on Dyson vacs and Ninja’s all-in-one cooker, as well as today’s Cuisinart sale, and much more.

Get this deal
Reg. $70+ $30
You’re reading 9to5Toys — experts digging up all the latest technology and lifestyle deals, day after day. Be sure to check out our homepage for all the latest news, and follow 9to5Toys on Twitter, Facebook, and LinkedIn to stay in the loop. Don’t know where to start? Check out the best Apple deals, our daily podcast, and subscribe to our YouTube channel