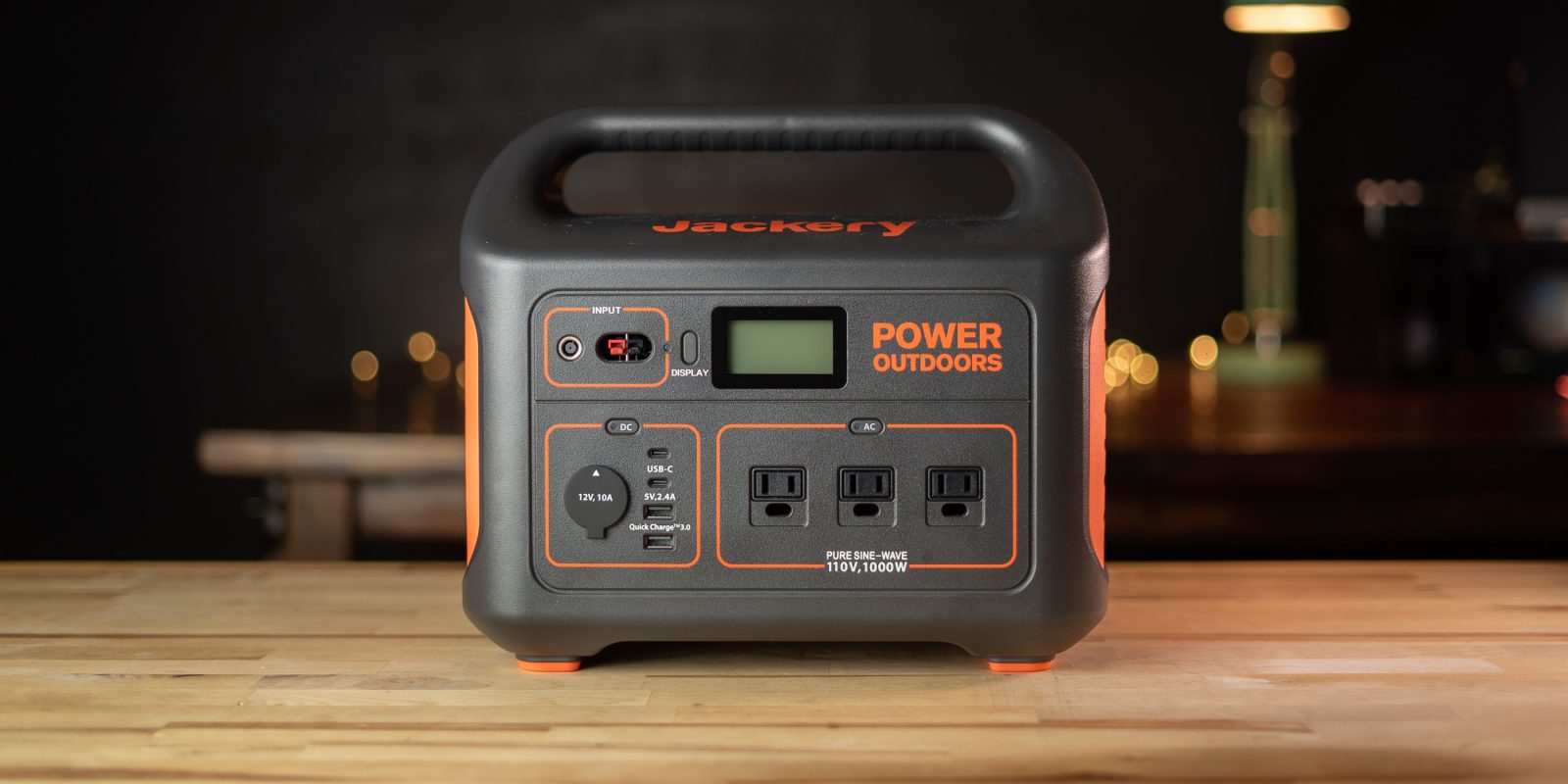 Available today, Jackery has just released its largest power station yet – the Explorer 1000. With 1002Wh capacity and eight outputs, the Explorer 1000 is poised to power whatever you need wherever you are. That large capacity does come with a large footprint and price tag, though. Head below to see some more of the features and check it out in action.

Coming in at $1,000, the Explorer 1000 is the top of the line for portable power from Jackery. If you’re interested in something smaller, we took a look at the Explorer 240 last year and also a Solar Saga 60W Solar Panel.

Even though it is new, Jackery has provided a couple of promo codes for the Explorer 1000 and some other packages that include Solar Saga Solar Panels. 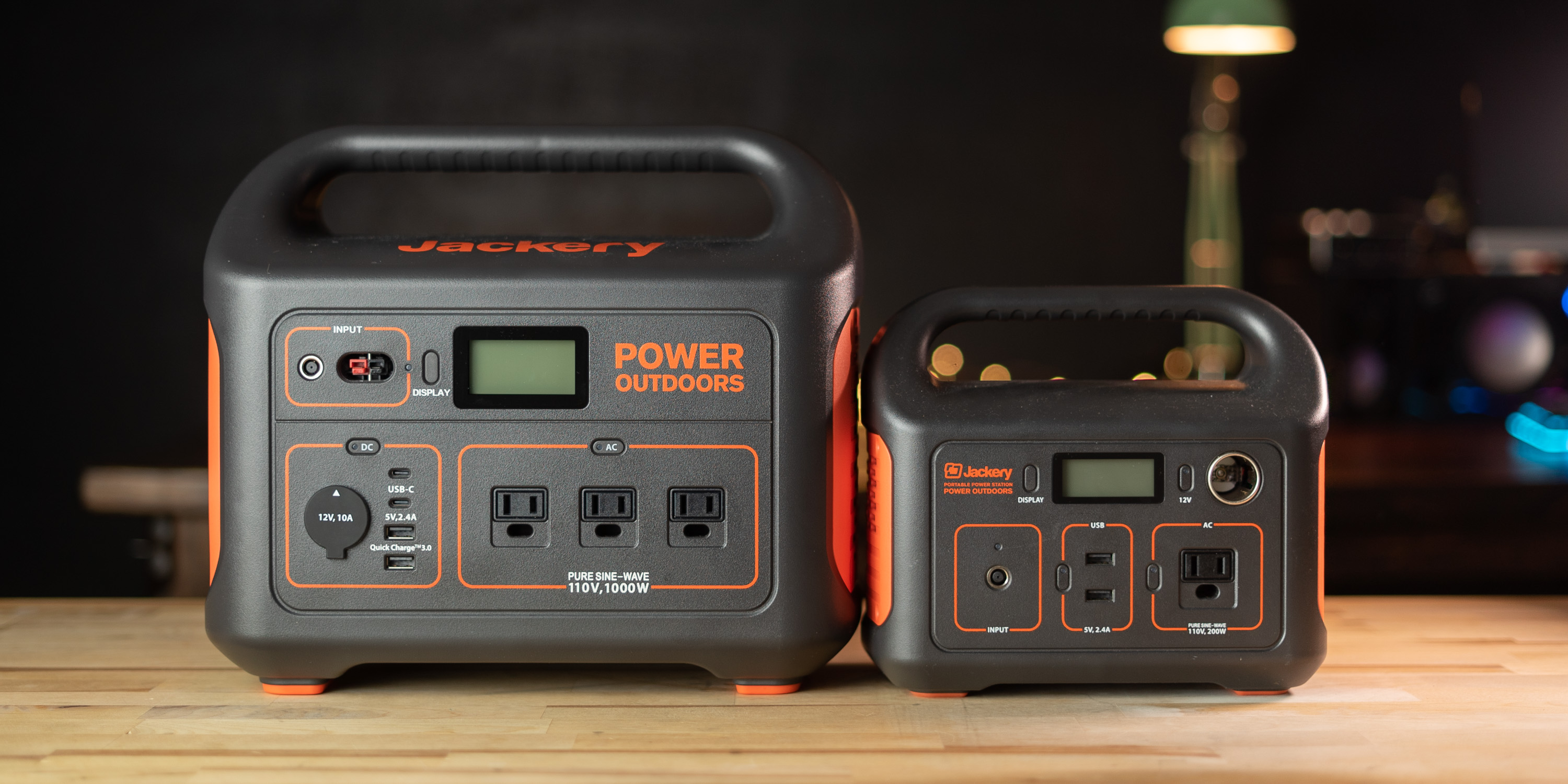 I should say I have expected it since it is four times the size of the last Jackery Explorer that I did a review of, but this thing is pretty big. Measuring at 13.1 x 9.17 x 11.14-inches, it will take up quite a bit more room than other portable power stations. It also weighs more at just over 22-lbs.

Inside the box, we will also find each of the charging accessories. The Explorer 1000 comes with an AC adaptor and cable, and a DC to 12V cable along with some literature on how to use the power station. 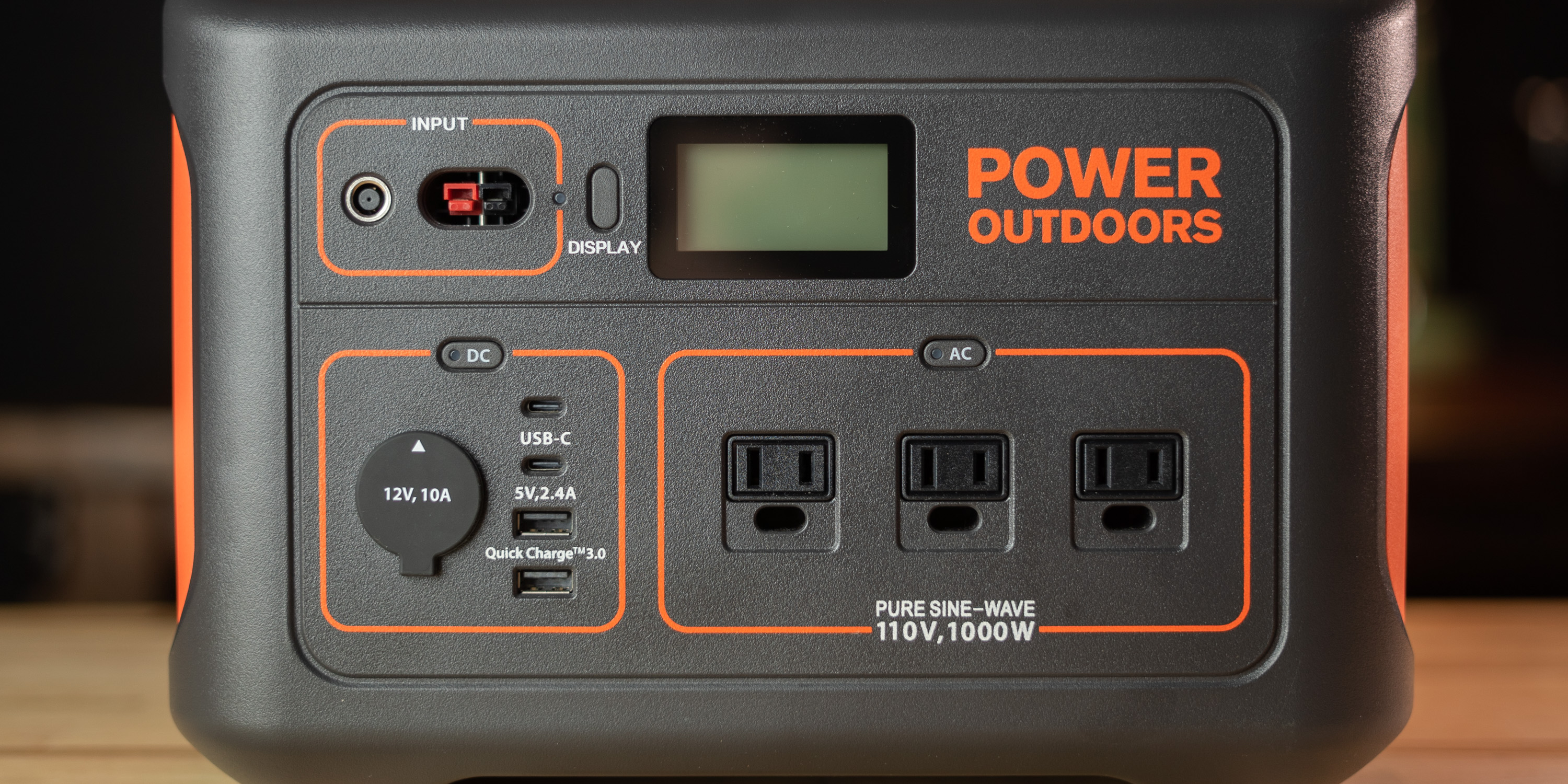 All of the ports are located on the front of the Explorer 1000. Across the top of the front panel, we have input options from the DC plug, and also an Anderson input to work directly with the Jackery SolarSaga 100W Solar Panel. Then we have a button to turn on the LCD and the screen itself.

Like other Jackery products, we have readings for input Watts, output Watts, a capacity icon, and percentage.

Under the input and display, we have all of the output options. In the DC section, which is turned on by pressing the DC button, there is a 12V car port, two USB-C outputs, a 5V 2.4A USB type-A, and Quick Charge 3.0 USB port.

Over in the AC section, the three 110V AC outputs are also powered on by pressing the AC button above the ports.

Most of the other sides are bare, except for the left side, which has a flashlight built-in. These portable power stations are great for emergencies and outdoor adventures, so having a flashlight available on the power station is convenient. Simply push the button next to the light to turn it on and off. 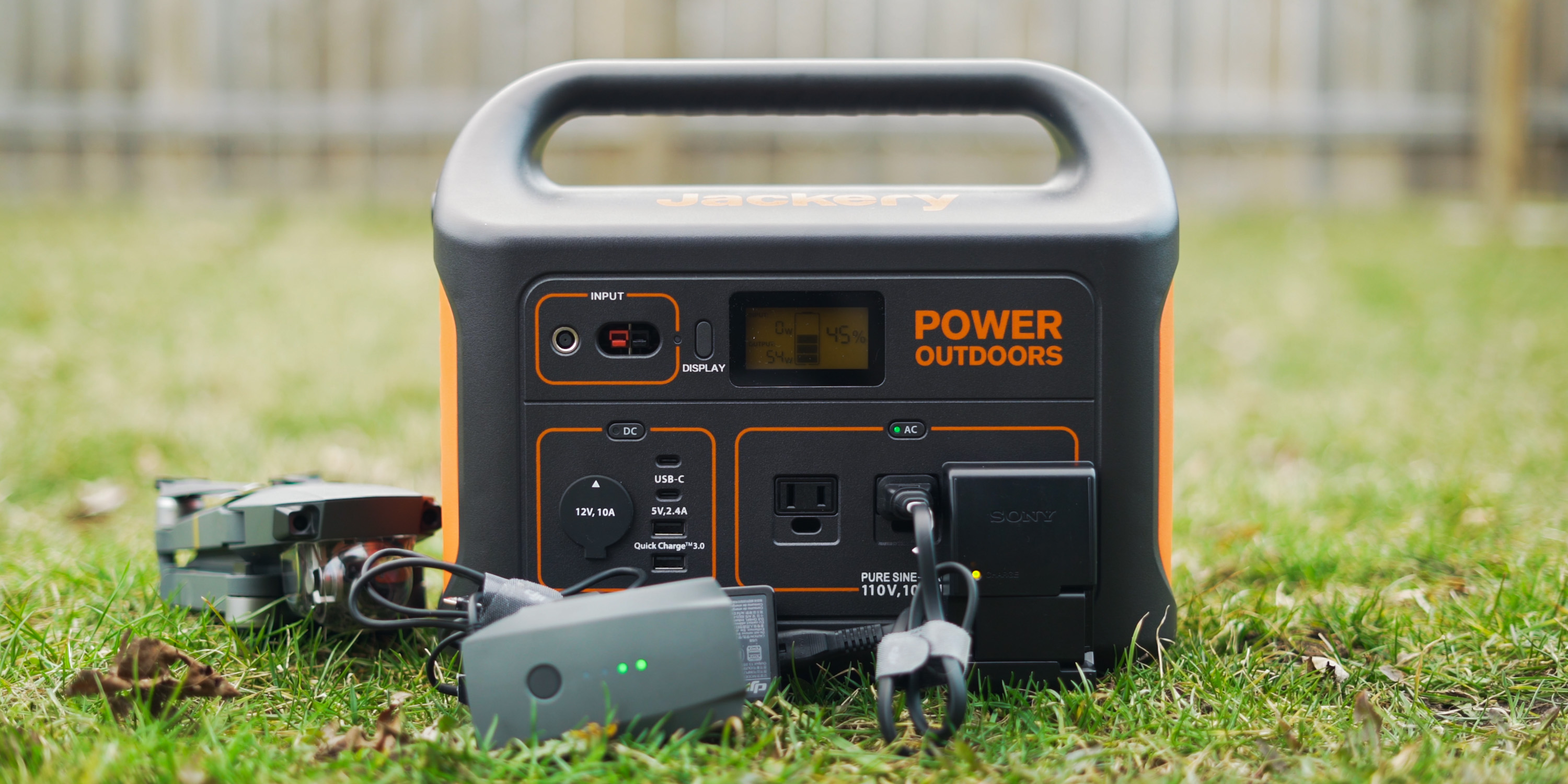 What can it charge?

Um, pretty much anything. With the variety of outputs, you should be able to plug anything into the Explorer 1000 and top it off. Jackery claims that capacity can charge a car fridge (60W) for around 66 hours, recharge an iPhone 8 about 100 times, or top off a 12” laptop 12 times. 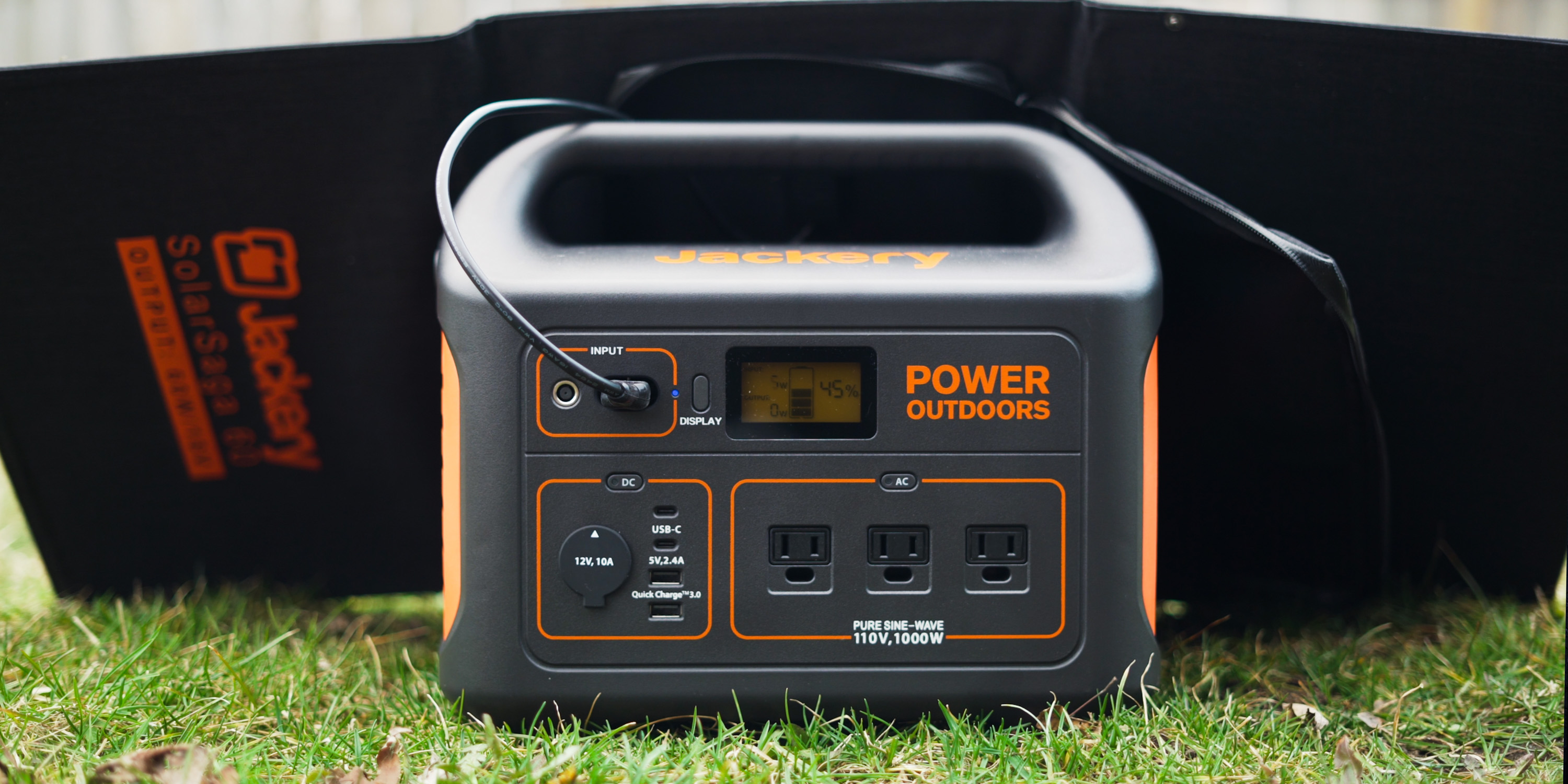 Though it is large and heavier than it’s smaller siblings, that means that the added capacity will keep you powered up for more adventures or longer emergencies. Extra capacity is also great for video shoots for topping off batteries or even powering some lights. Anytime I’m shooting away from my studio I like to have some form of portable power, and this might be my new go-to.

If you’re looking for something smaller, check out our review of the Explorer 240.