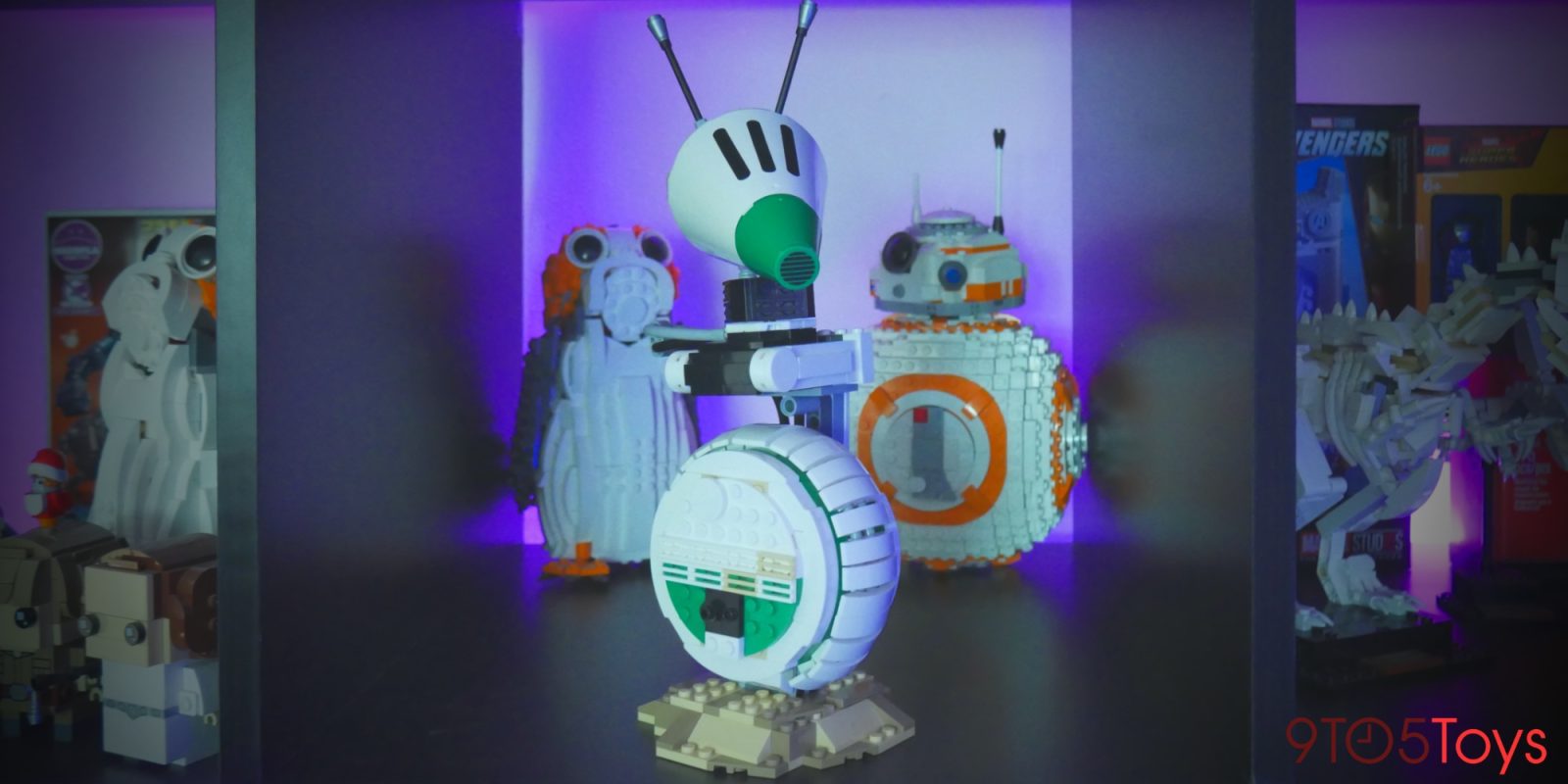 It’s May the 4th, and we’re celebrating by taking a look at one of LEGO’s most recent creations from a galaxy far, far away. After being originally unveiled earlier this year at Toy Fair, the most recent droid from The Rise of Skywalker, D-O, is finally getting the brick-built treatment in its own 520-piece creation. Complete with a unique design and equality as creative techniques, this set brings the character to life in a display-worthy fashion. Head below for a closer look at the new LEGO D-O in our hands-on review.

Over the past few years, LEGO has been doing its very best to churn out some of the more memorable characters from the Star Wars universe, specifically focusing on the Sequel Trilogy. That kicked off in 2017 with the buildable BB-8 and was followed up by a life-size Porg the following year. Now LEGO continues that trend with one of the stars of The Rise of Skywalker, D-O.

The droid has one of the more unique designs in a galaxy far, far away, making for an interesting build when brought into the LEGO Star Wars world. Stacking up to 519-pieces, the build kicks off by assembling a little display base to prop up the character. From there, you’ll craft D-O’s signature disk-shaped wheel before completing the robot with a distinct conical head. 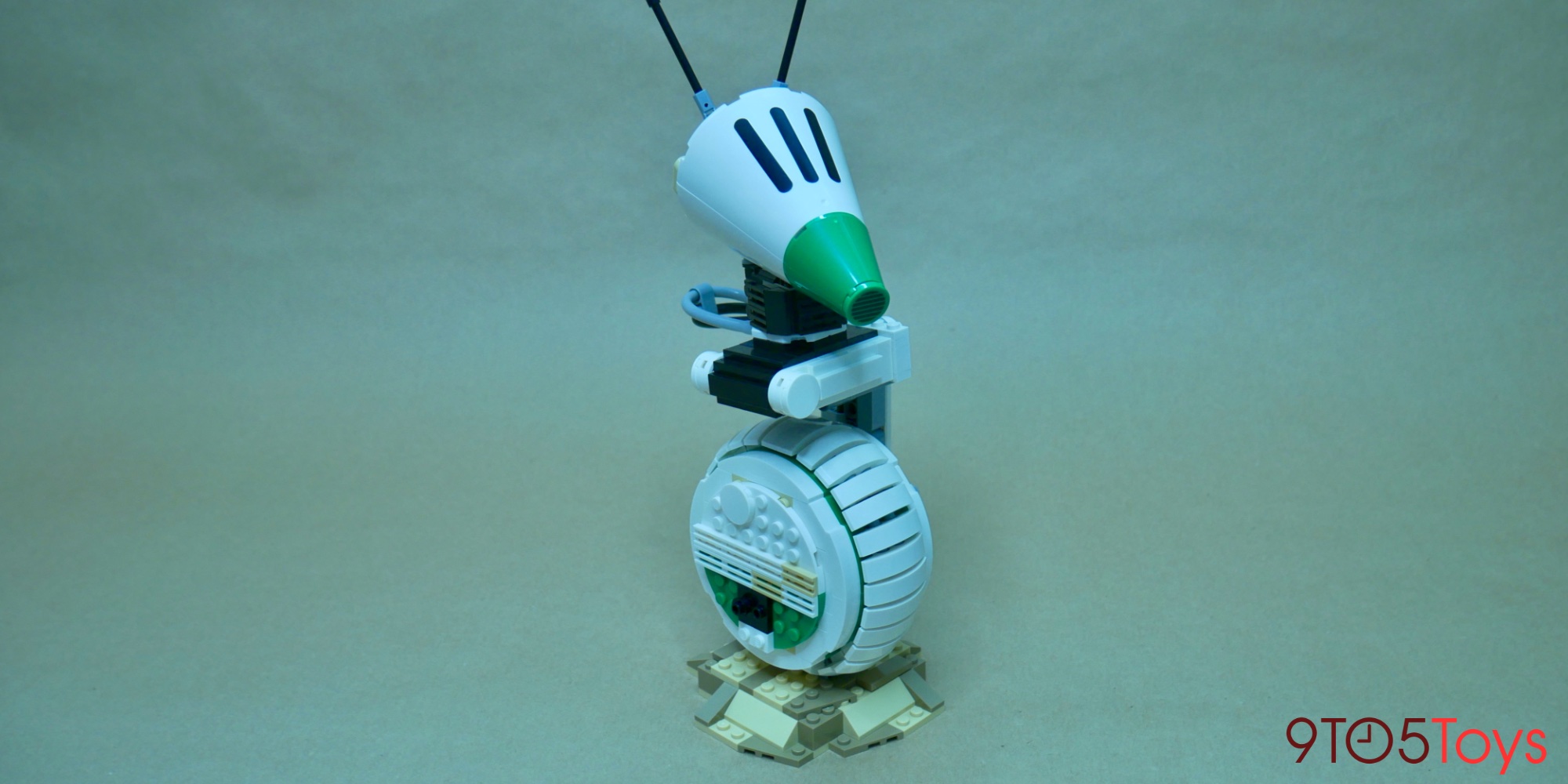 Once fully assembled, the model stands over 10-inches high. It’s not quite life-sized like we’ve seen with other LEGO Star Wars creations of this caliber but still has a notable presence. There are a few built-in play features, which enter in the ability to pose D-O’s head by rotating it or moving it up and down.

Alongside the new printed elements which make their debut in the LEGO D-O set, there are also some rare pieces that haven’t been included in a kit in quite some time. Most notably in this builder’s eyes, there are four pneumatic tube pieces incorporated throughout the build. The clearest use is to accomplish the droid’s exposed wiring on the neck area, but the pieces also double as a clever way to achieve the circular body. 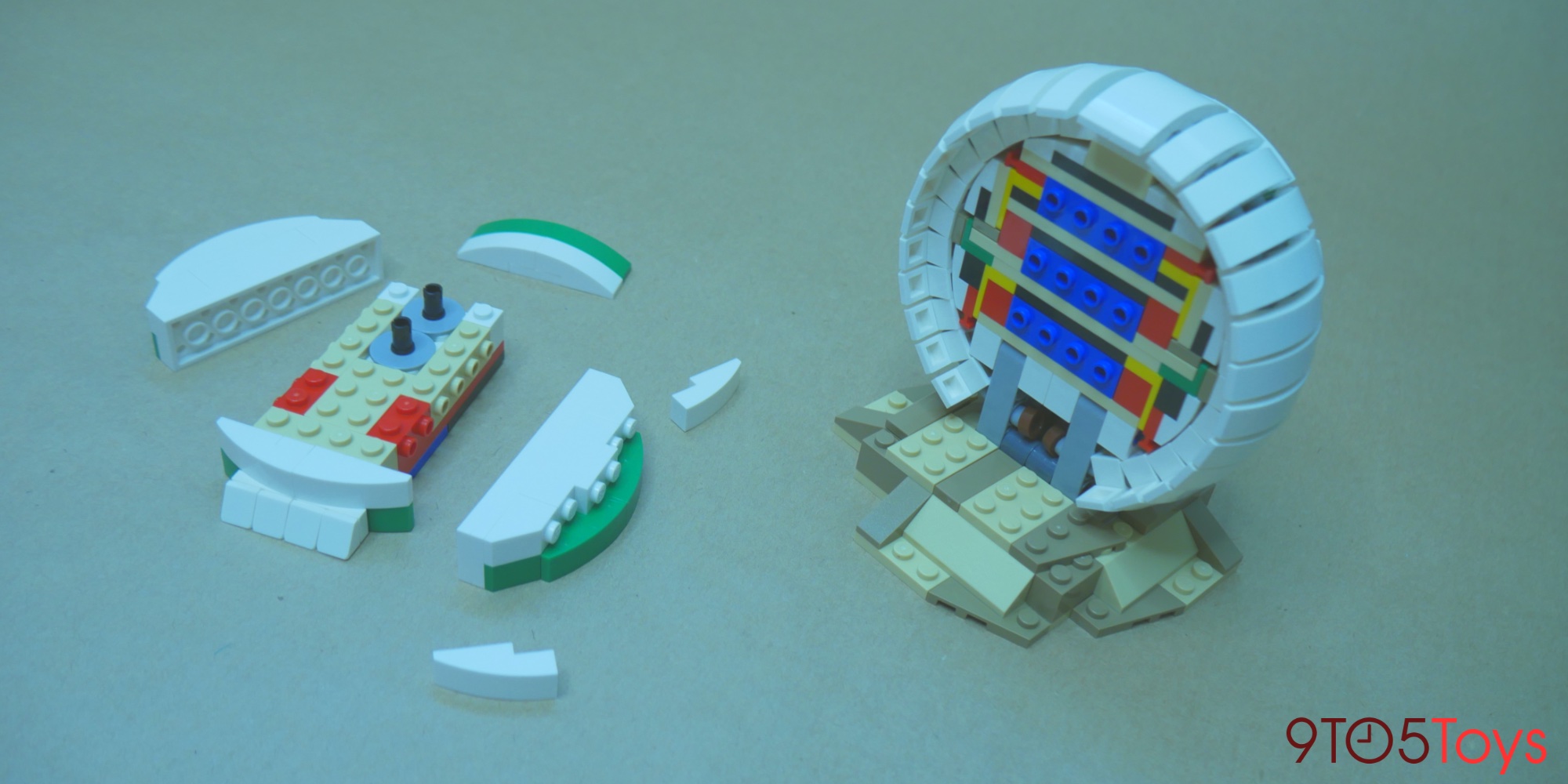 In what is arguably the most out of the box technique that LEGO has used in a recent kit, leveraging the pneumatic tubes allows for the distinct disk-shaped wheel that D-O rolls around on in the films. The design isn’t only clever but does a pretty spot-on job at recreating the droid.

As is the norm with these UCS-adjacent Star Wars builds, D-O is completed by a display plaque with some character information alongside a minifigure version of the droid.

Entering with a $69.99 price tag, the LEGO D-O set’s value is planted more in the completed model than it is in the number of included pieces. With 519-bricks, the part per dollar value isn’t great at $0.13 per element. But when taking into account the selection of included bricks and the accuracy of the finished product, it’s a solid value; at least in the LEGO Star Wars world.

The new D-O set is eligible for LEGO’s current May the 4th promotion, offering double VIP points and the ability to score a limited-edition creation. So if you’re thinking of picking the build up, it’s worth considering the added value direct from LEGO.

LEGO’s latest attempt to recreate a character from the Star Wars universe has its flaws, but those can easily be ignored for the display-ability and overall collectible nature. Sure you’re paying the typical Star Wars tax, but it’s only on rare occasions that a licensed build doesn’t carry a higher price tag.

Pricing aside, there’s a lot to like about the LEGO D-O kit featured in our review. The biggest issue isn’t that this is a bad set, it’s just overshadowed by all of the other great builds available right now. The new Star Wars Helmets will surely draw the eyes of older builders away from the lovable droid, but that doesn’t mean that D-O isn’t a respectable creation in its own regard.