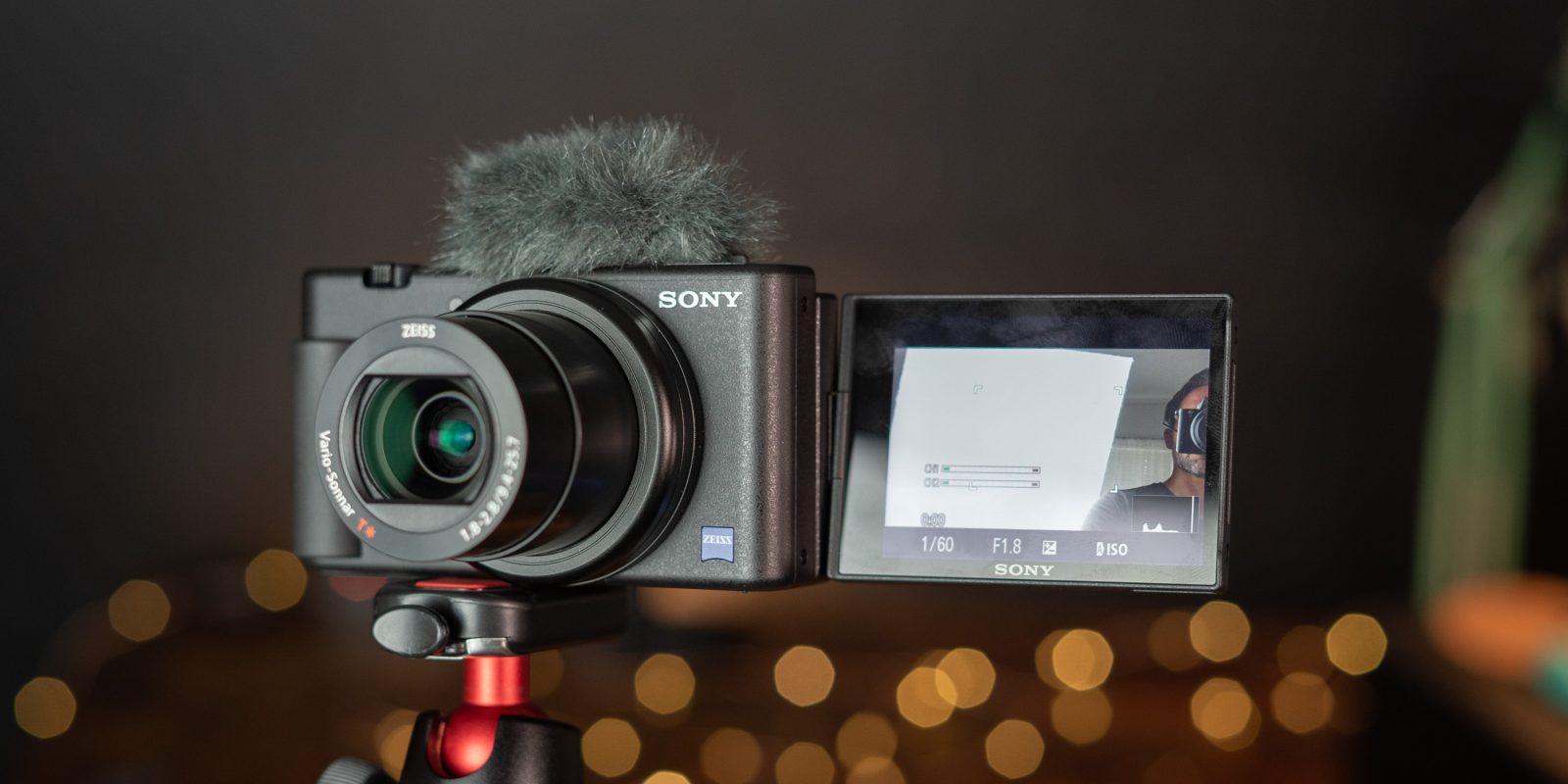 With more people getting into the content creation world, one of Sony’s latest cameras tries to tackle a lot of hurdles that face first-time creators with an affordable, portable camera. The Sony ZV-1 can easily fit in a pocket or bag and with features like a built-in ND filter, tap to focus autofocus, and a product showcase mode, it’s a great choice for those starting out or wanting to simplify their setup. Head below to see and hear the Sony ZV-1 in action.

One of the main appeals of the ZV-1 is its size and portability. Its compact form with retractable lens make it incredibly easy to put in a pocket or pack along in a bag. Anytime I was bringing a bigger kit, I could just throw in the ZV-1 and have another camera if I needed an additional angle when I was shooting. It measures just 4.15 x 2.36 x 1.71 inches and weighs in at 294g.

Since the ZV-1 is aimed at vloggers and content creators, the screen flips out and rotates to let it be visible form the front. This is something that most of the larger Sony cameras lack, making them difficult to use for vlog-style content. But the screen on the ZV-1 is also a touchscreen, which makes it easy to get focused on a specific item. Just touch where you want the camera to focus and the camera will jump into focus and even track the selected object. 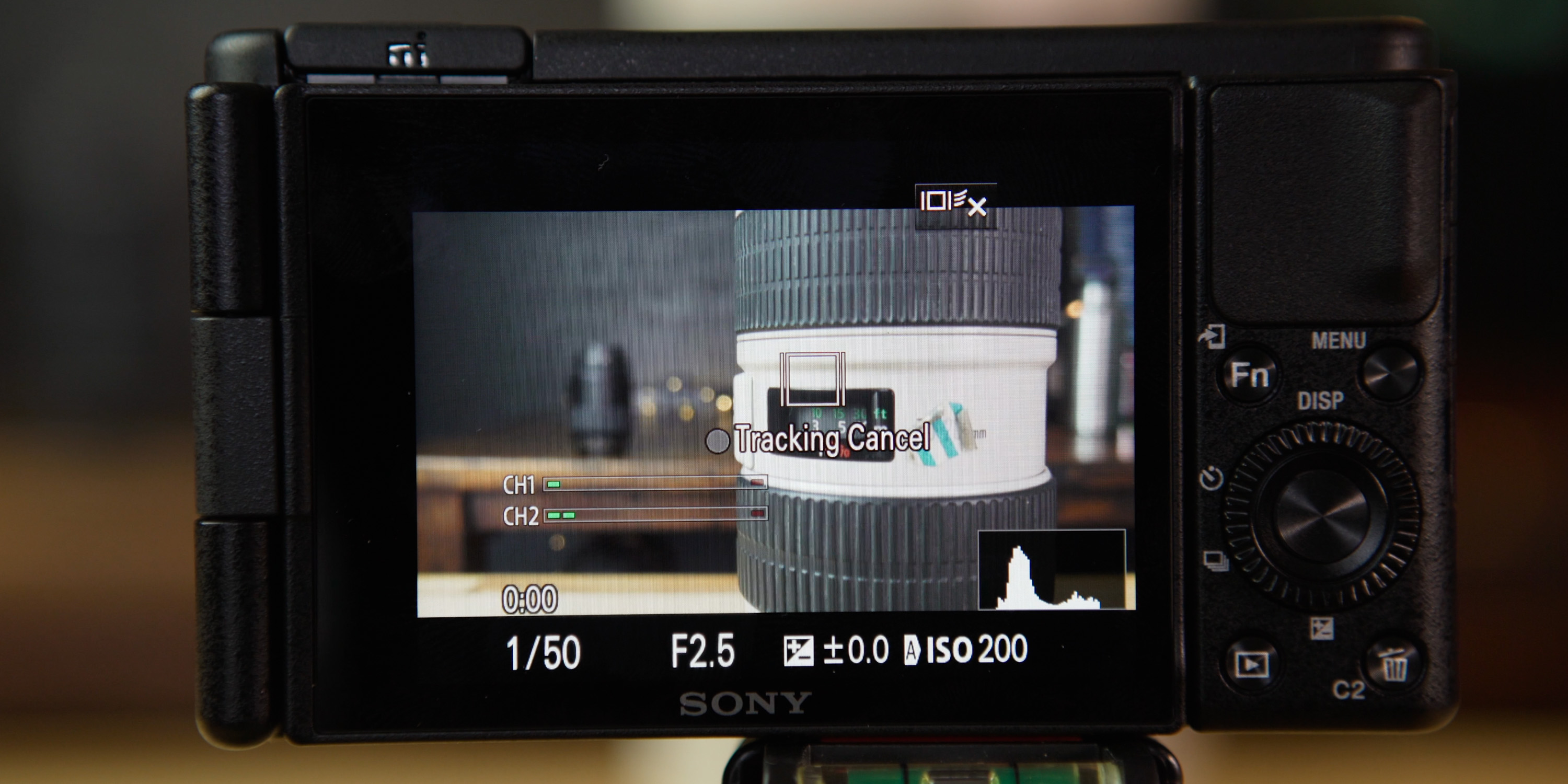 A high point of the ZV-1 is the auto-focus. While the touch screen enables quick selection of subjects to focus on, the phase-detection AF system can rapidly focus on subjects and the built-in AI is great for detecting eyes or tracking movement through the frame.

Before we get too much further, here are some quick specs on the Sony ZV-1:

Typically, high-quality video is equated with defocused backgrounds, and having the aperture set as low as it can go will help with that. On the ZV-1, Sony has included a button that will toggle between a clear or defocused background. Basically this adjusts the settings to get the aperture as low or high as possible, depending on which setting is toggled. With the defocused mode enabled, the ZV-1 will drop down to aperture f/1.8, but when the clear mode is selected, it will usually pop up to around f/5.6, making the image more clear. 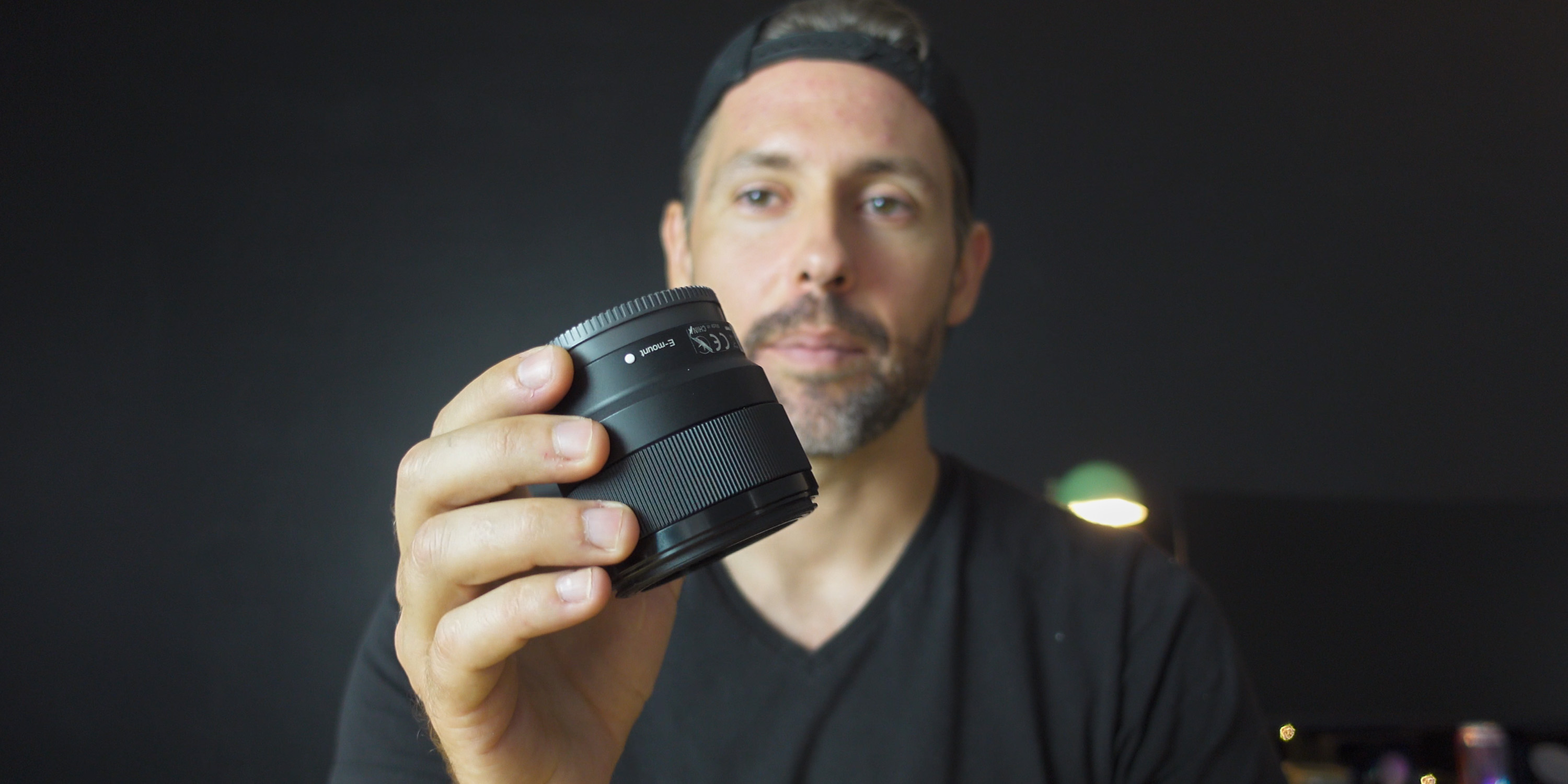 The ZV-1 also has a handy Product Showcase mode that puts the camera in the right settings for holding products in front of you and closer to the camera. In this mode, the camera will recognize that something else has come into frame and will switch focus to that rather than trying to keep the focus on the person talking. Be sure to check out the video and see this in action. 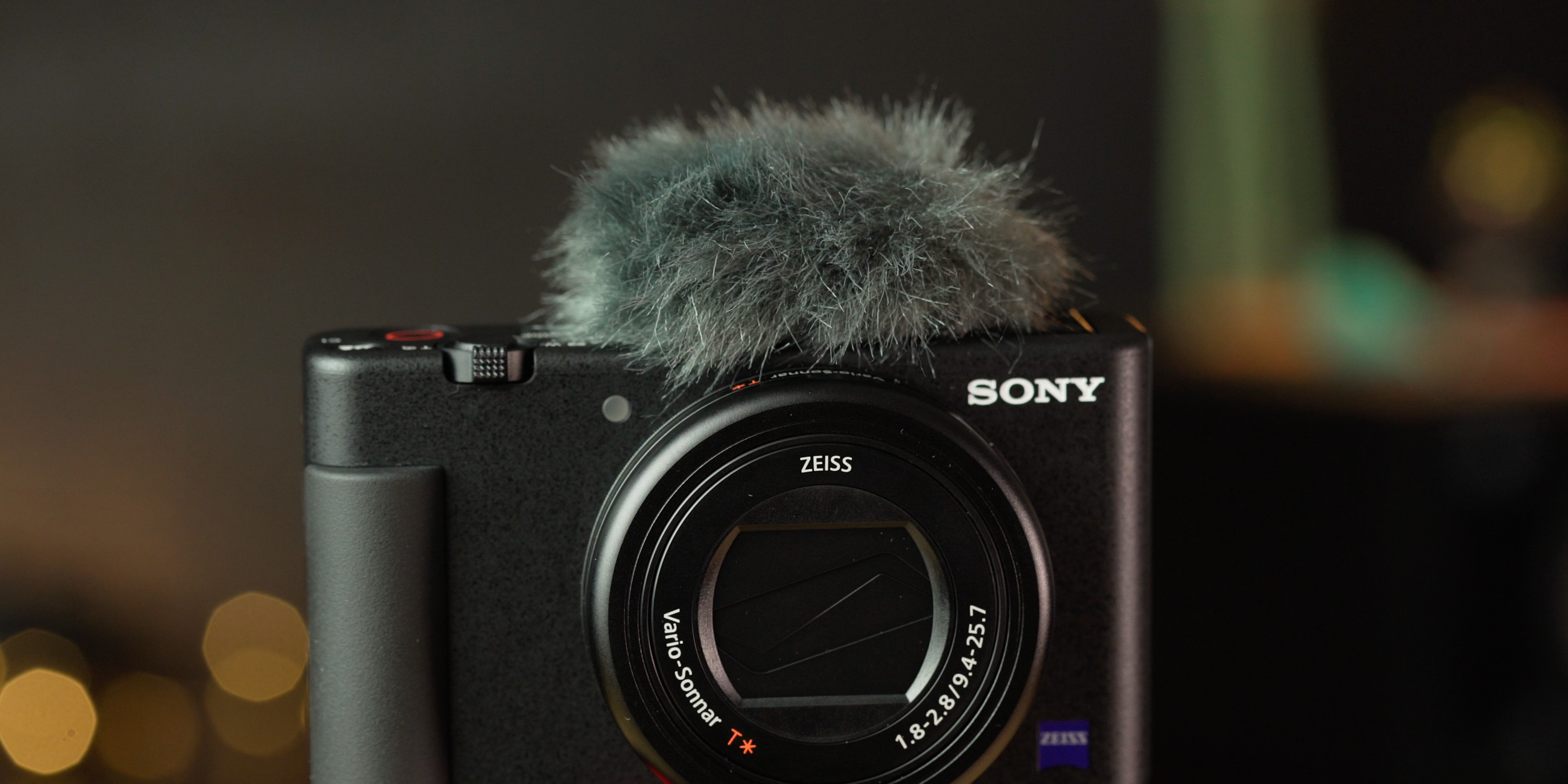 Getting good audio is just as important if not more important than video quality. On the ZV-1, Sony has included a 3.5mm mic input but also has a 3-capsule microphone that captures directional audio in front of the camera with a removable windscreen for better audio when shooting outdoors.

Another interesting addition is the soft skin effect. There are a few different levels to this, and it acts as a kind of filter similar to what you would find in a smartphone app to smooth out skin and remove wrinkles or blemishes. They say it is for a more natural look, but it doesn’t look very natural to me. I had it turned on for the first video that I shot with the ZV-1 and didn’t really care for the image it produced. But it’s easy to enable or disable, and there are a few varying levels of intensity. 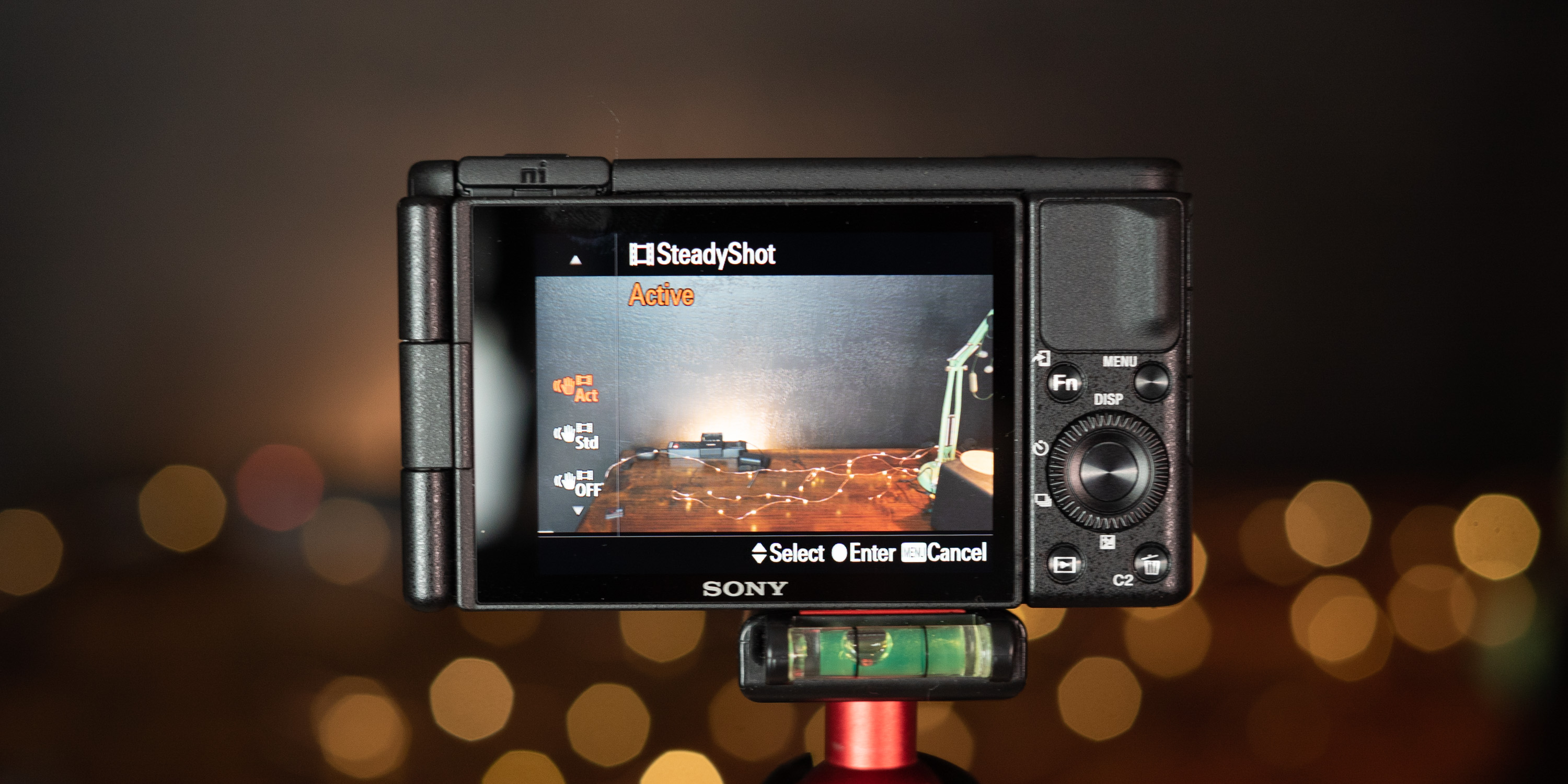 For those who like to shoot handheld, the ZV-1 has two levels of optical and digital stabilization built-in. The standard mode doesn’t have any crop, but when the advanced mode is enabled, the image will crop in a bit. With the focal length being a 24mm equivalent in standard mode, this isn’t great for vlogging. A lot of vloggers that I follow like to shoot even wider than 24mm, so the fact that it crops the image in even more is unfortunate. 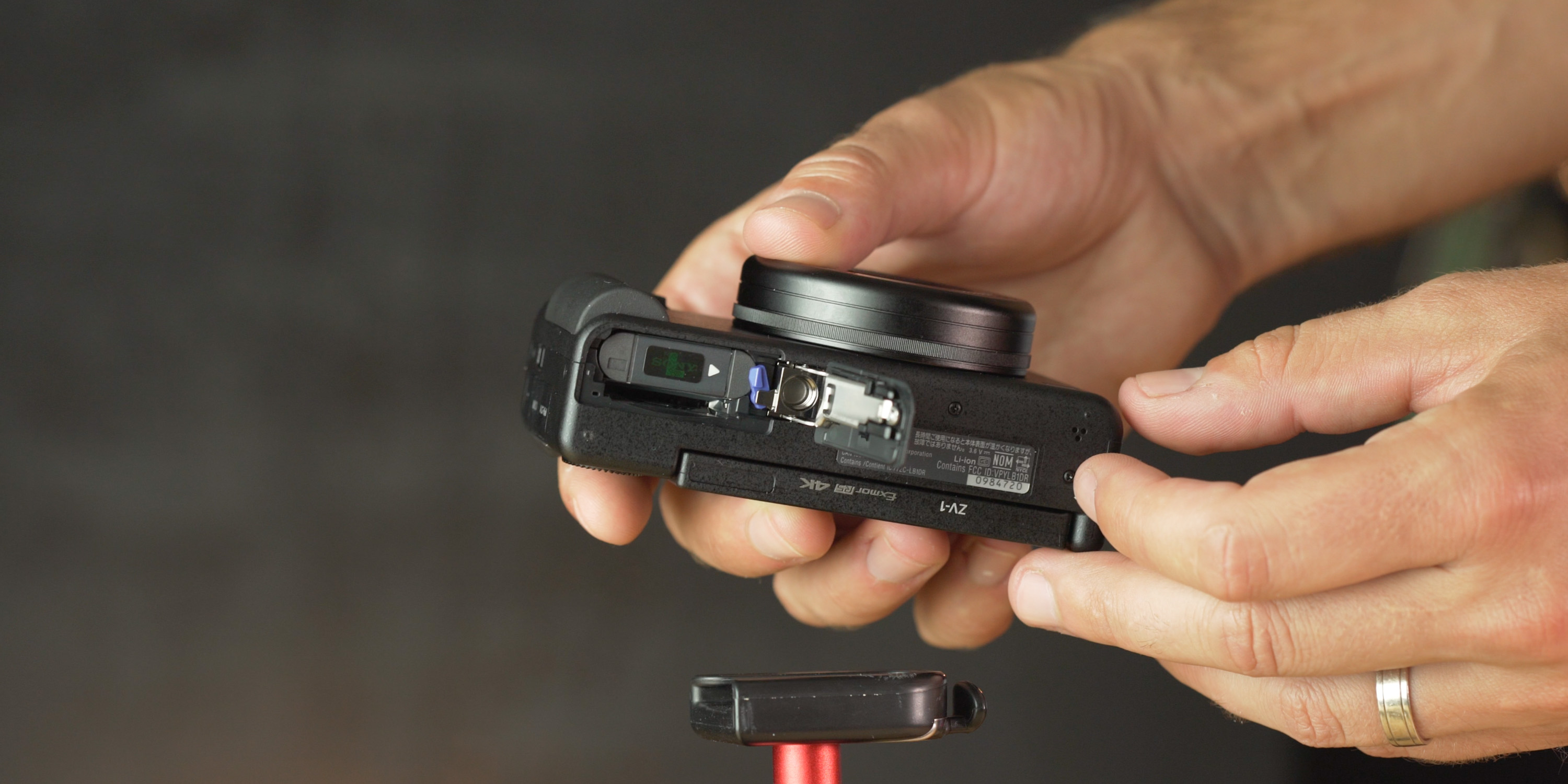 On the bottom of the camera, we find the door to access both the battery and the memory card. The NP-BX1 battery from Sony holds 1240mAh of juice and can get you around 45 minutes of continuous video shooting.

Accessing the battery and card is probably my only complaint with the ZV-1. If you have it mounted to anything like a tripod or Gorillapod, you won’t be able to access the door for the battery and card without removing it from the tripod. Sure, this might not be an issue if you’re on the go and not using any kind of support, but in the situations where I have been using it in a studio setting, that has been pretty frustrating. 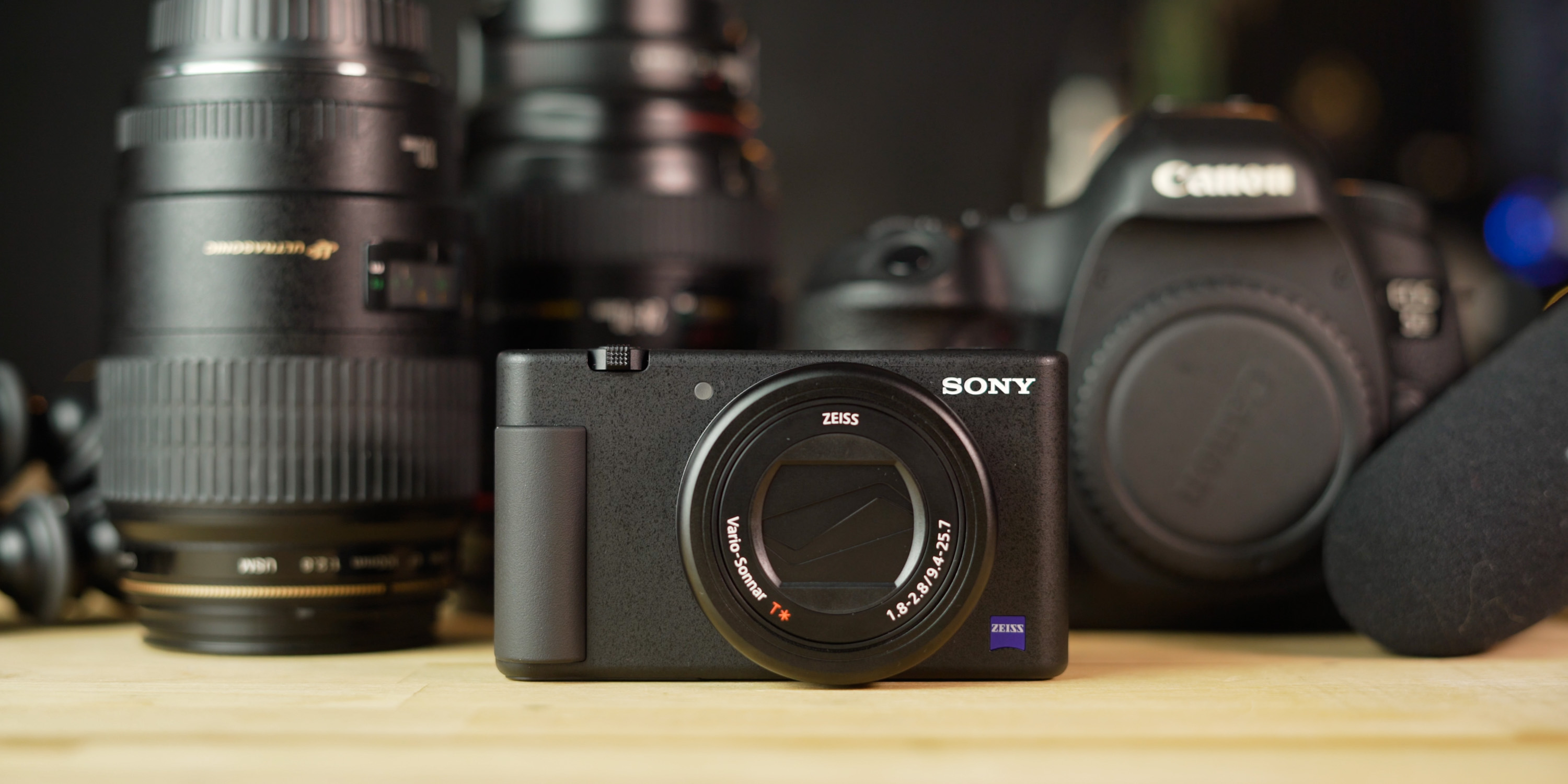 If you’re a content creator who’s just starting out and wants something that’s powerful and easy to use, this is a great option. It really has almost everything built-in to get high-quality video. You can also easily augment the ZV-1 with a dedicated gimbal since it is so lightweight, and also a better external microphone since there is a 3.5mm audio input. It’s also a great back-up or travel camera if you don’t want to take your full rig with you.