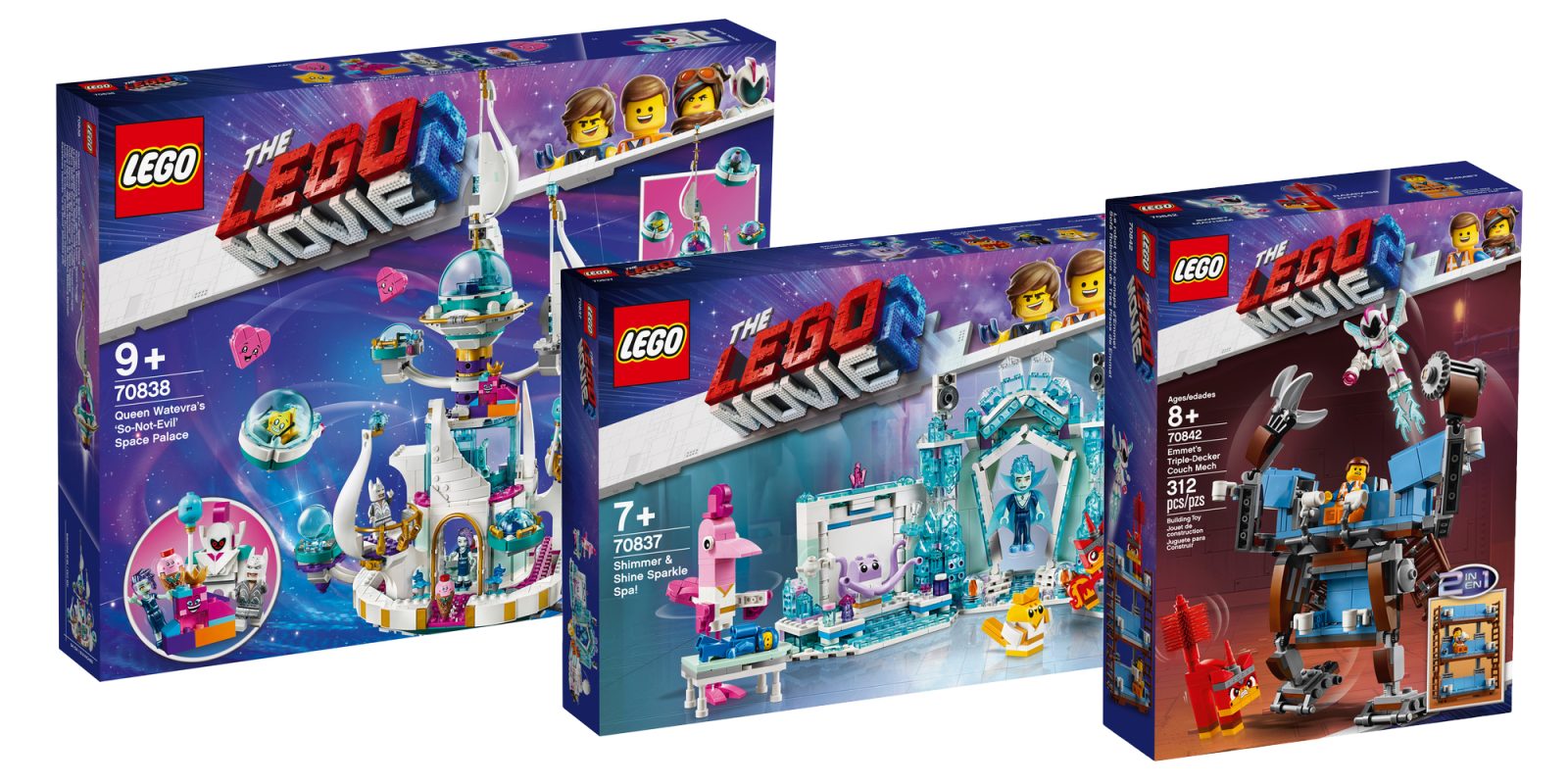 Bringing the total count of corresponding sets up to 25, the LEGO Movie 2 is now getting three additional releases today. Many of 2019’s notable LEGO releases have been announced as a tie-in to the new film which is set hit theaters at the end of last week. Today that trend continues with three new movie-inspired builds due out later this spring. Head below to see how the kits stack up.

Ahead of New York Toy Fair 2019, LEGO has added three new sets to its LEGO Movie 2 collection. This follows the recently-unveiled 1,800-piece Rexcelsior and 3,100-piece ‘Welcome to Apocalypseburg!’ sets. While today’s kits may not be as massive, they’re eye-catching in unique ways.

First up we have the two-in-one Triple-Decker Couch Mech which enters as the most affordable of today’s new releases. The Double-Decker Couch was a standout gag in the first film, and so it only makes sense they’d one-up themselves for sequel. The build is comprised of a mech that can transform into a goofy three-story sofa. In terms of minifigures, you’re looking at three inclusions here; Emmet, Unikitty and Sweet Mayhem. At $30, it includes 322 pieces and will likely be a fan-favorite. 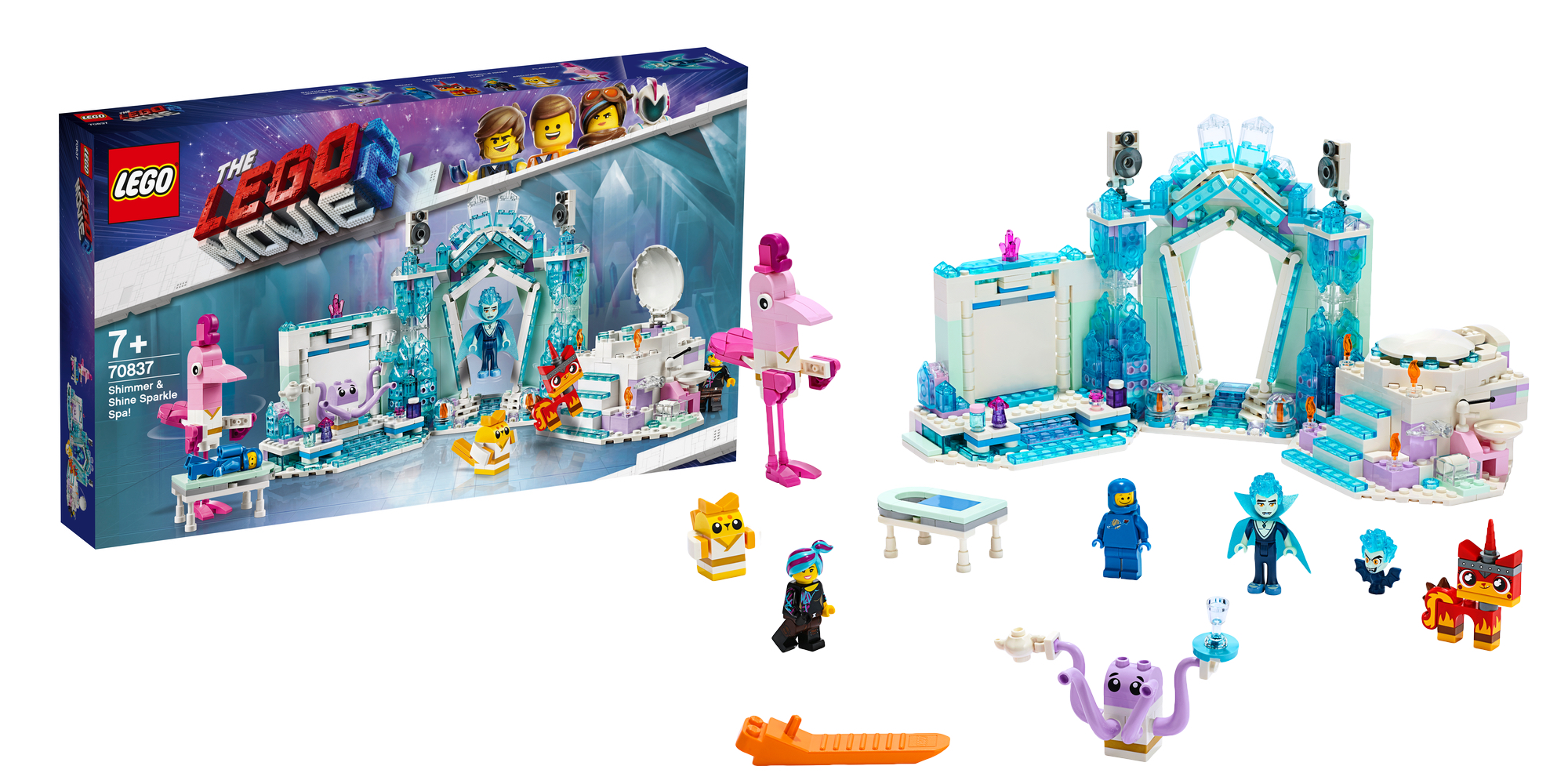 Moving up to a higher price point, the middle-tier kit pairs a whole lot of white bricks with plenty of transparent blue elements. Aside from its unusual but appreciated parts list, the Sparkle Spa is big on minifigures. It includes eight different characters from the LEGO Movie 2 including Benny, an exclusive Wyldstyle and several others. For $70 you bring home 691 pieces as well. 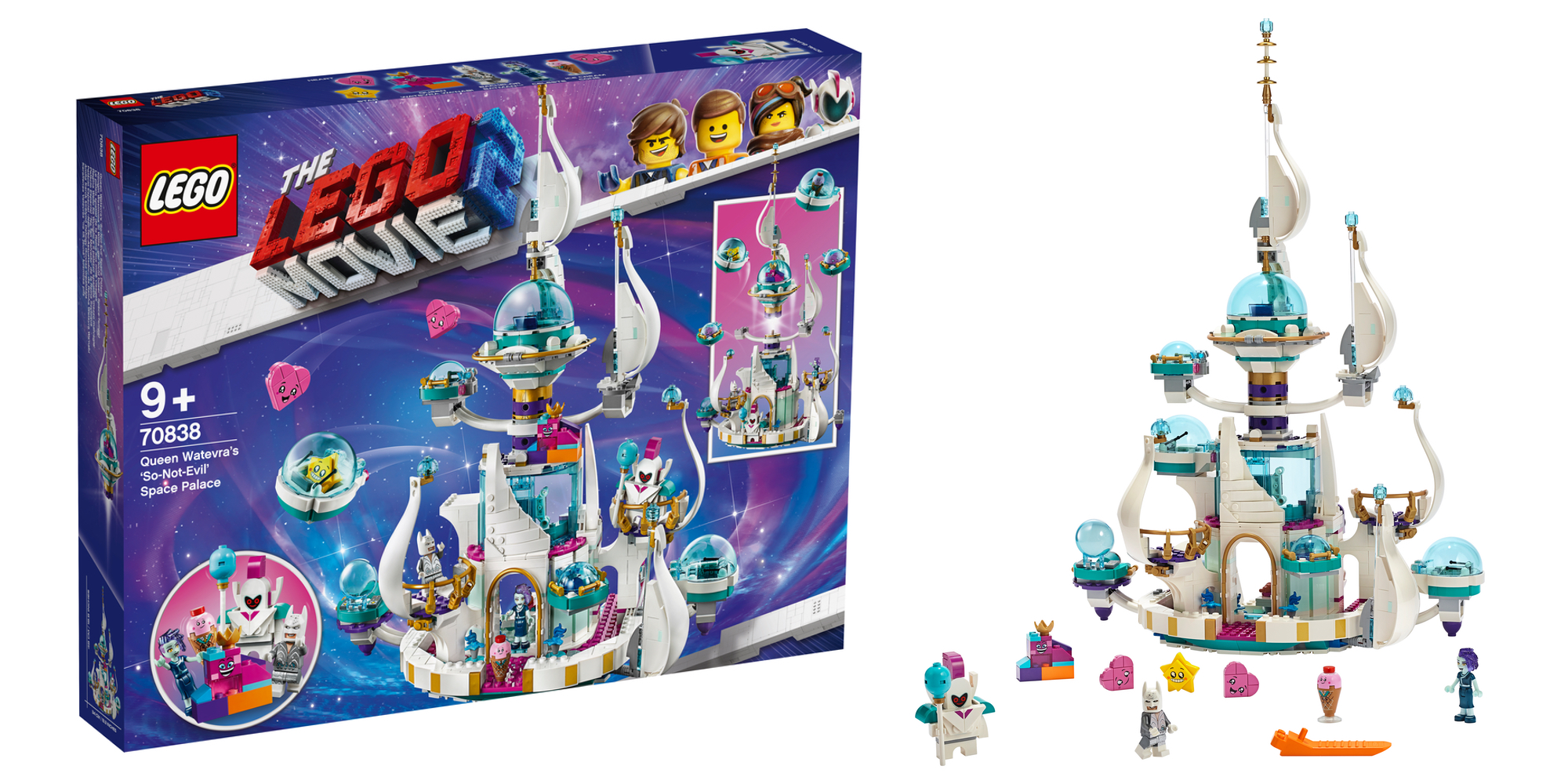 Finally at the top of the list you have a sleek, futuristic-looking space palace. The $100 kit is one of the more expensive in the roster of LEGO Movie 2 releases so far. As such, it includes 995 bricks, nine different characters from the film and a variety of unique elements. It also measures over 18-inches high and 13-inches wide.

All three of the new sets will be available later this spring. Odds are high that they’ll start out as LEGO Shop exclusives, though the Triple-Decker Couch will hitting Target shelves at launch as well. 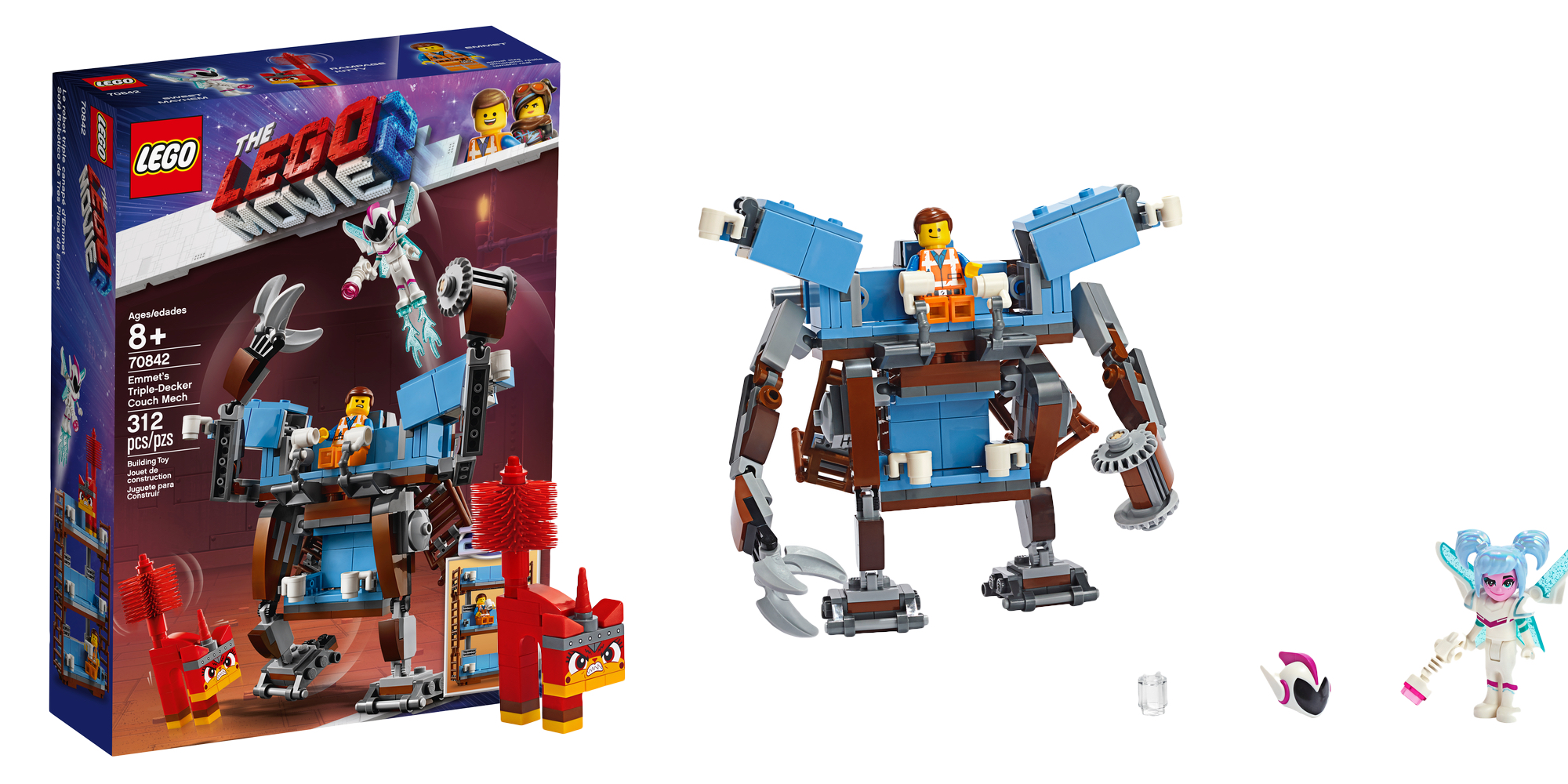 Just as the rest of the film’s line of sets, today’s new releases are about as unique as you can get. They have the usual charm and diverse list of included parts that make them standout from other LEGO themes. At the 10 cents per brick gold standard, these new sets are good buys from that perspective as well.

Given that the last two releases we’ve seen have been more expensive side, it’s also refreshing to get some more affordable sets. The Triple-Decker Couch Mech is my personal favorite from the batch and an instant buy at $30.

Do any of today’s newly-announced sets catch your eye? Let us know in the comments below or over at @9to5Toys on Twitter.