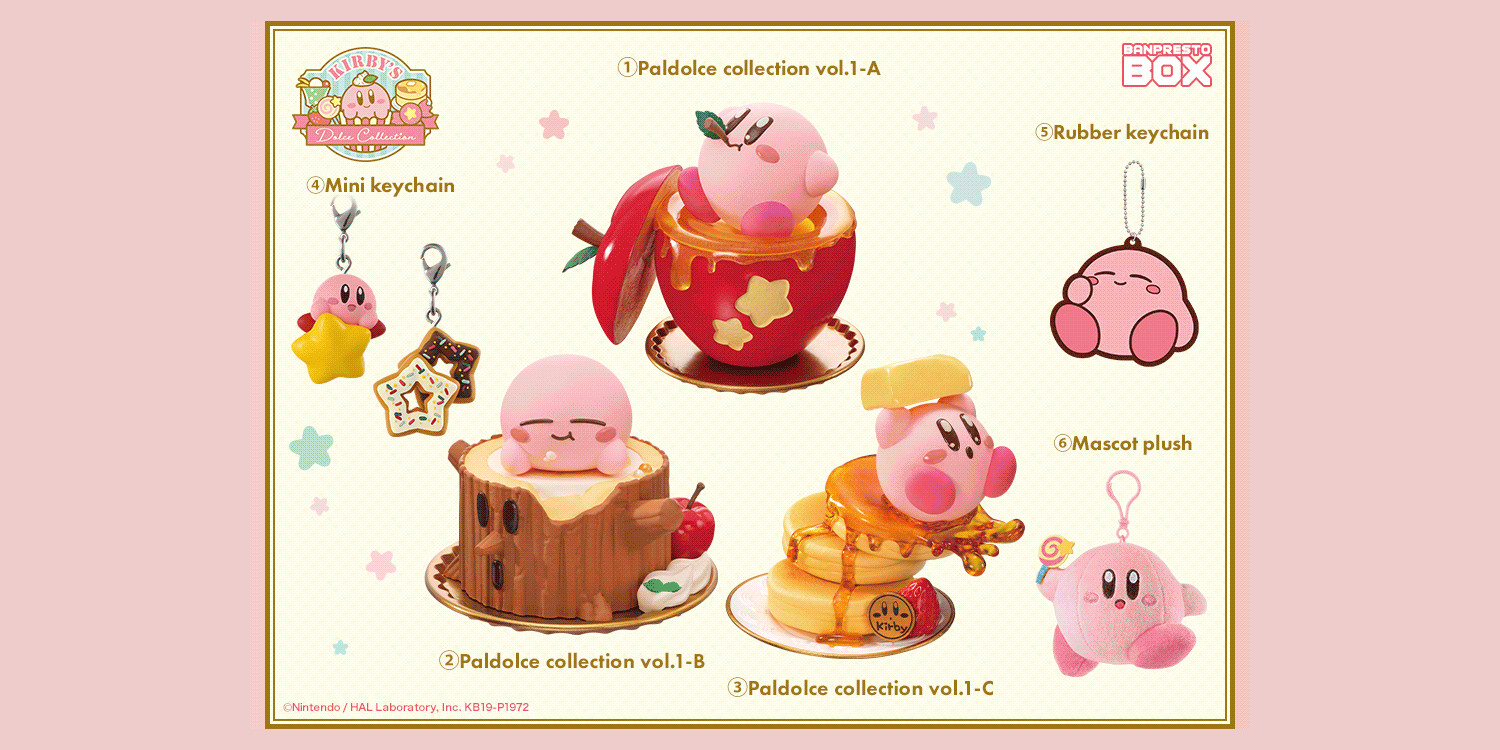 We have seen our fair share of Nintendo-themed merchandise here at 9to5Toys, and you can add these new Kirby collectibles from Bandai to the list. Kirby is easily among the most famous and collectible in Nintendo’s arsenal of mascot heroes, so when Bandai decided to give the adorable little alien his own Banpresto box, we certainly took notice. The collector’s box features a series of Kirby toys, figures, and merchandise that have never before been available in North America. Take a closer look down below.

Everyone’s favorite little pink bundle of joy made his first appearance back in 1992 in Kirby’s Dream Land. Since then, the mascot’s adorable round look and his powers to take on the abilities of foes have made him a staple in gaming. His appearance in Super Smash Bros. Ultimate (and other titles in the series) certainly helps the cause. And today, we are taking a look at the new Banpresto Kirby collectibles from Bandai.

As spotted by the folks at Kotaku, Bandai is bringing a series of Kirby figures and collectibles to the US for the very first time inside the upcoming Kirby’s Dolce Collection Banpresto Box. This collector’s set is going up for pre-order along with the similar My Hero Academia box, of which both are now available for purchase. 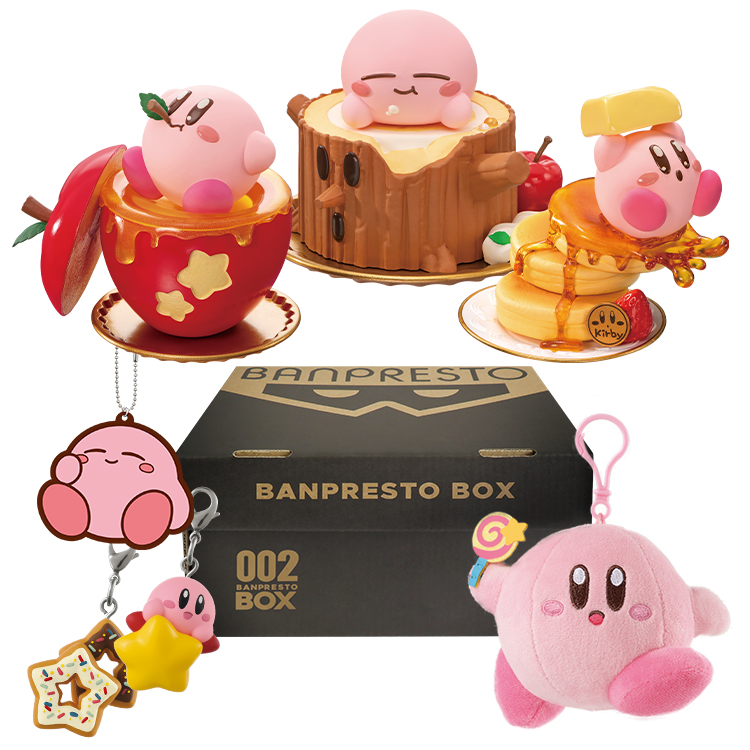 As the name suggests, this collector’s box puts Kirby in a number of deliciously adorable motifs. There are three Kirby figures, keychains and even a 3.5-inch plushy. The three 2.36-inch main figures consist of candy apple Kirby, Pancake Kirby and one where the little guy is taking a quick nap atop a tree stump that looks like it’s pulled straight from the games. They are literally perfect for the game room shelves or anywhere else you might showcase your mini figurines.

The keychains feature donut-style Kirby stars and come in two flavors: a pair of 1.18-inch minis and a 3.54-inch rubber variant. The “Mascot Plus” comes in at about 3.15-inches and has Kirby carrying an old-school style lollipop. 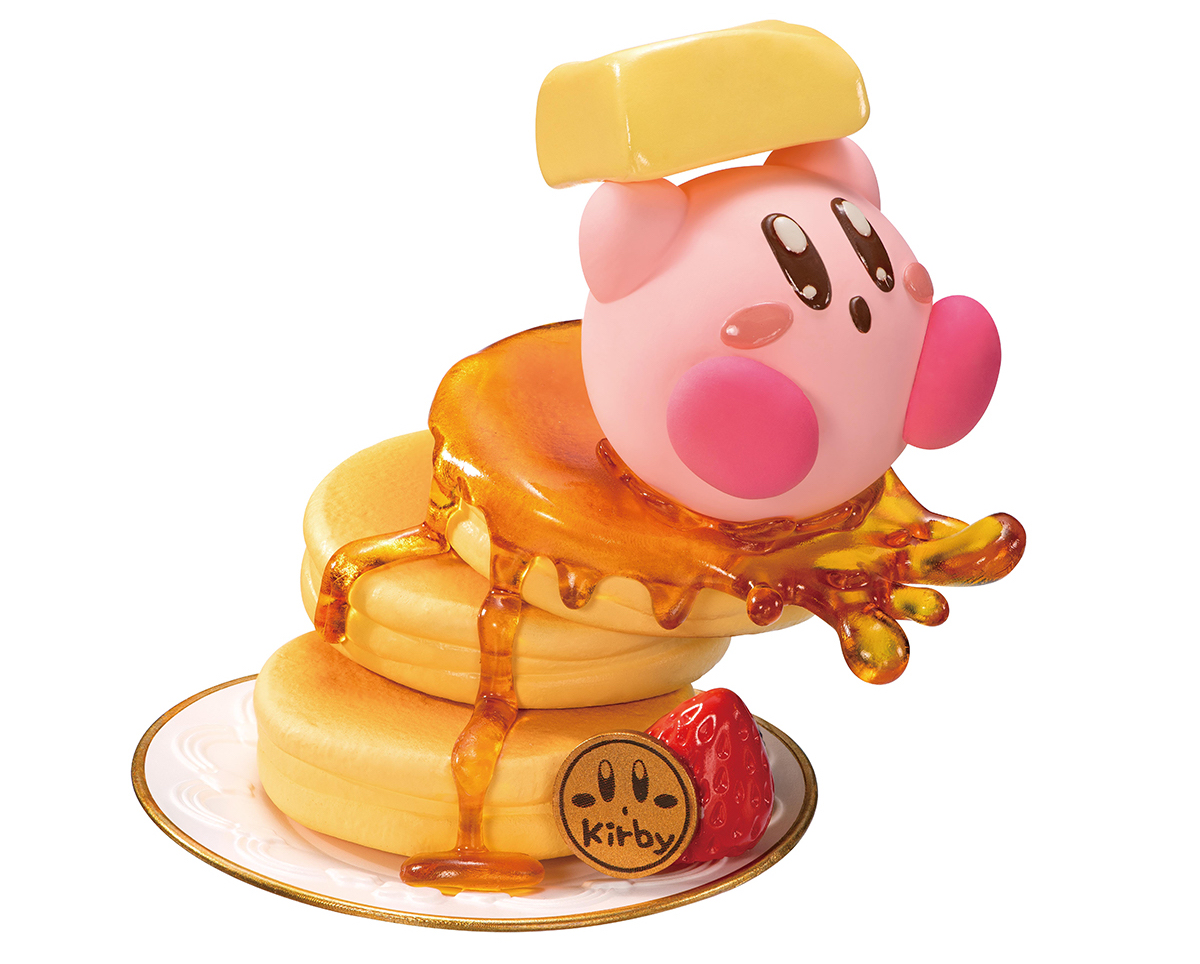 Easily among the most adorable new Kirby collectibles out there, fans of the pink dough ball might want to consider pre-ordering. It’s hard to say how hard this set will be to come by after release, but you can indeed lock one in now courtesy of the online Bandai store. Kirby’s Dolce Collection Banpresto Box is now up for pre-order at $29.99 from now through February 16, 2020. While the listing does mention that pre-orders might get re-opened after that date, there’s no way to know for sure.