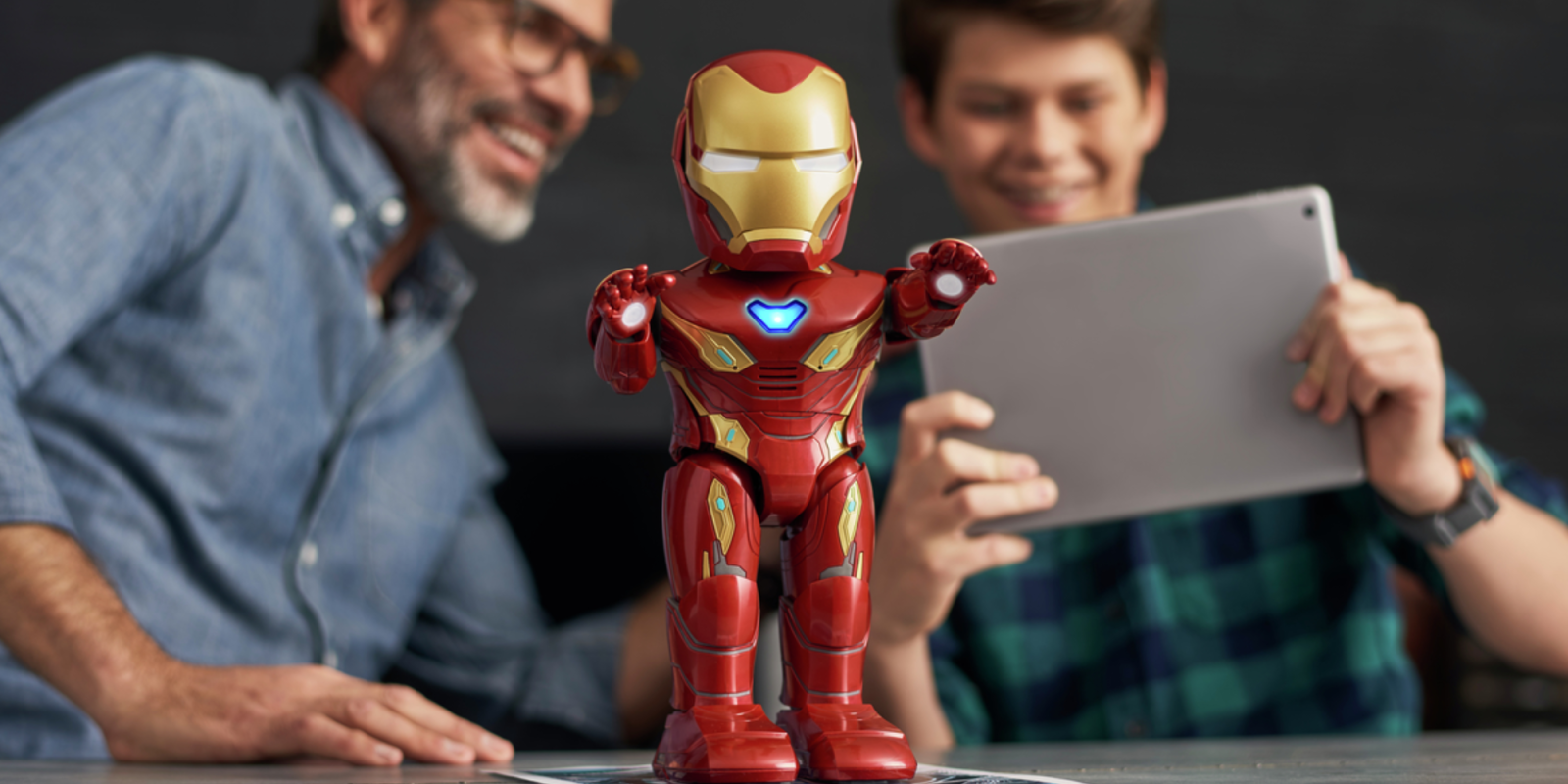 Amazon is currently offering the UBTECH Marvel Avengers Iron Man MK50 Robot for $149.99 shipped. Also available at Walmart for $4 more. Having originally sold for $250, we’ve more recently been seeing it go for $200, with today’s offer saving 25%, beating our previous mention by $4, and marks a new Amazon low. Bringing Iron Man’s MK50 armor out of Infinity War, this robot is complete with lights and sound effects from the movie. It stands over 12-inches tall and can be controlled with a companion iPhone app that also offers augmented reality gameplay and more. There’s even a holographic display under the helmet that lets you talk to Tony or even place your own likeness into the famous suit. Rated 4.4/5 stars and you can dive into our hands-on review for a closer look.

If you can live without the Avengers crossover, then there are plenty of savings to be had going with UBTECH’s JIMU Robot Builderbots Kit instead. You’ll pocket an extra $96 by going with this learning robot, which sells for $54 at Amazon. In place of the Marvel theming, you’ll find a STEAM emphasis and the ability to reassemble the robot into different designs.

For more ways to keep yourself or your little ones entertained, we’re seeing a collection of LEGO kits at 20% off with deals starting at under $6. We also just took a hands-on look at LEGO Luke’s Landspeeder, which we found to be a great way for Star Wars fans to pass the time indoors.

Play as Tony Stark and suit up in the iconic Mk50 armor to play through a series of Nanotech weapon field tests and battles designed by Friday. This Walking, talking Iron Man Mk50 robot is your portal into the events after Marvel’s Avengers: infinity war. Start by downloading the free app for iOS or Android to start the adventure with augmented reality missions, where users can battle drones inspired from the Marvel Cinematic universe.

Get this deal
$200 $150
You’re reading 9to5Toys — experts digging up all the latest technology and lifestyle deals, day after day. Be sure to check out our homepage for all the latest news, and follow 9to5Toys on Twitter, Facebook, and LinkedIn to stay in the loop. Don’t know where to start? Check out the best Apple deals, our daily podcast, and subscribe to our YouTube channel