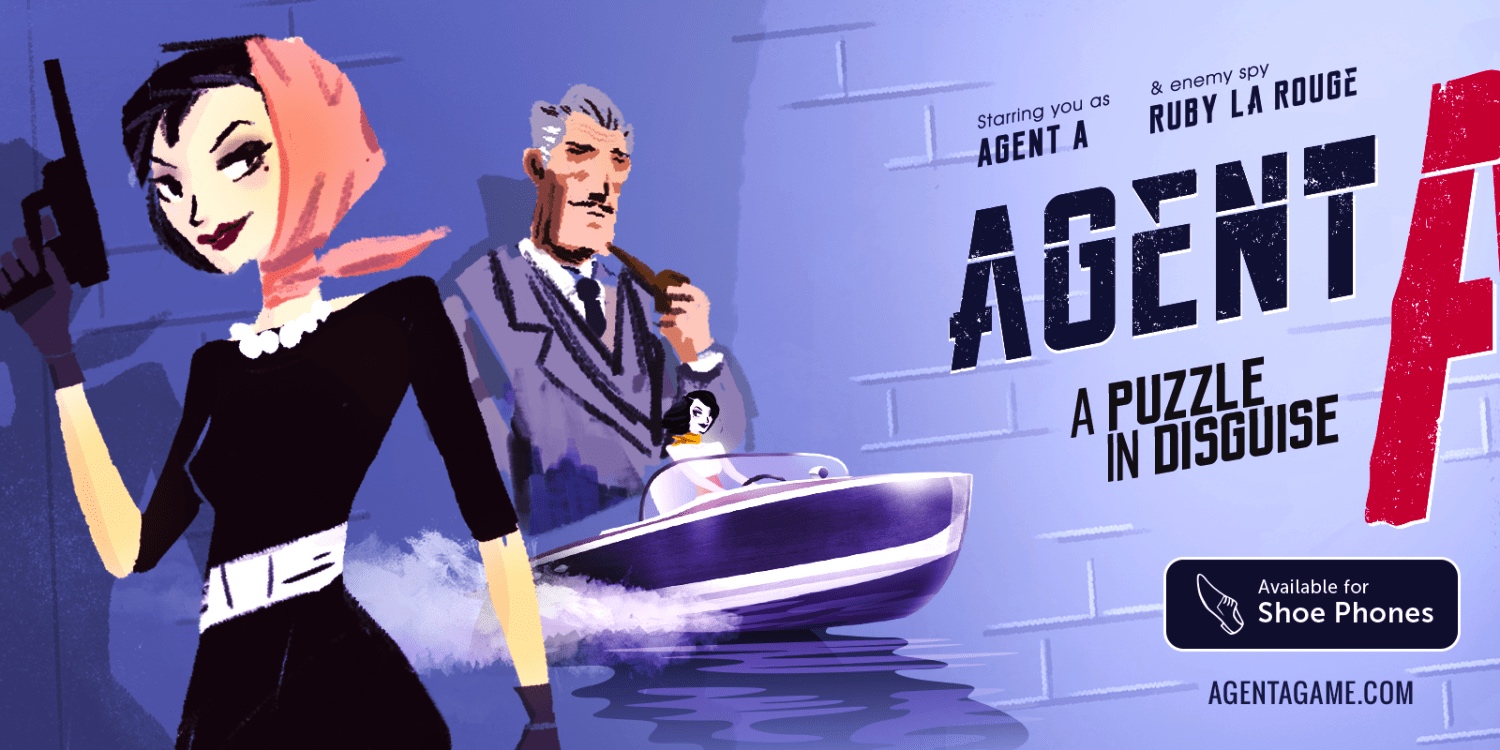 Agent A: A puzzle in disguise is a 1960’s throwback secret agent game mixed with the escape room genre. Players must infiltrate an enemy spy’s secrete hideout featuring a labyrinth of “perplexing puzzles” that will put your wit and “retro futuristic contraptions” to the test. Regularly $6 on the App Store for iOS, you can download this one to all of your iOS devices for just $1. That’s matching the lowest price we have ever tracked and the first notable price drop since April. As you might have noticed in today’s wide-ranging Android app deal roundup, this one is also down at $1 on Google Play as well. Both versions combine for an impressive 4+ star rating from over 44,000 gamers. More details below.

Agent A: A puzzle in disguise is essentially one of those point and click adventure-style games with some escape room elements and over “100 inventory-based puzzles.” There are also 35 unique environments to “explore and escape” as well as stylish 1960’s-inspired art throughout. The game takes place across five distinct chapters, all of which are included with the price of entry.

Swing by this morning’s iOS and Android roundups for the rest of today’s best mobile game and app deals.

Agent A: A puzzle in disguise:

Are your secret agent skills on point? Find out as you assume the role of Agent A in this award winning indie point & click adventure full of retro futuristic contraptions, hidden objects, gadgets and clever logic based puzzles. But do be warned… Ruby La Rouge is no spy to be taken lightly! Explore a labyrinth of perplexing puzzles in this quirky game of cat and mouse that’ll have you wondering whether you’re the cat… or the mouse!!

Get this deal
Reg. $3+ $1
You’re reading 9to5Toys — experts digging up all the latest technology and lifestyle deals, day after day. Be sure to check out our homepage for all the latest news, and follow 9to5Toys on Twitter, Facebook, and LinkedIn to stay in the loop. Don’t know where to start? Check out the best Apple deals, our daily podcast, and subscribe to our YouTube channel