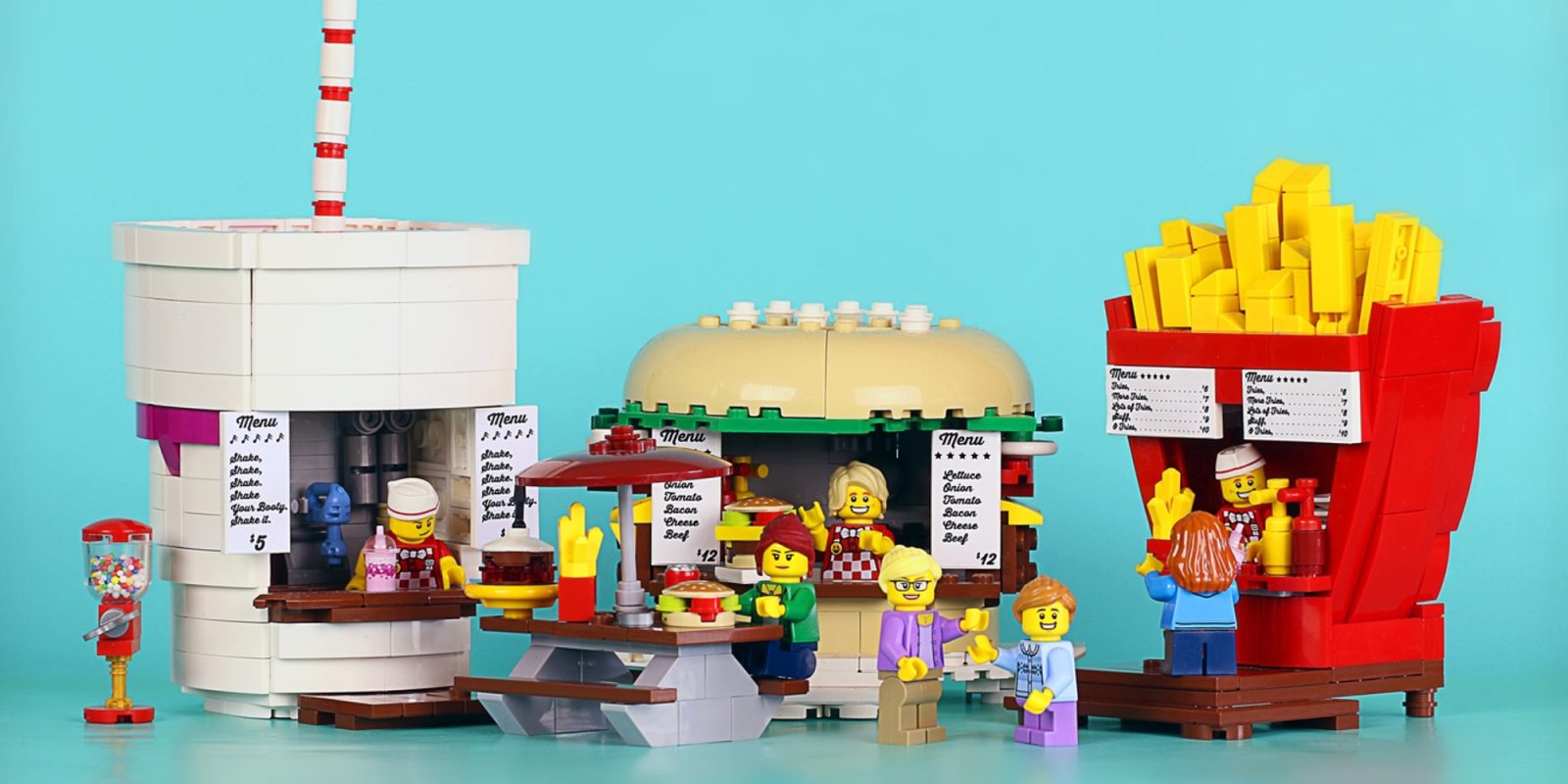 It’s not often that we get a look at not just one, but two new LEGO Ideas kits in less than a month. While October gave us a first look at the upcoming Overwatch kits, LEGO also announced that it would be bringing the Flintstones into the brick-built world. Not to mention, the new Ideas Pop-Up Book is about to hit store shelves.

To close out October, we’ll be taking our usual look at the month’s most noteworthy up-and-coming LEGO Ideas builds. The most recent batch of kits are headlined by a functioning kinetic sculpture, quirky food stands, and a delightful take on one of America’s biggest monuments. Head below for a look at our favorite crowdfunded creations.

The latter half of 2018 brought with it not just new LEGO sets, but an entire new line of releases. Geared towards an older audience, LEGO Forma launched with a moving fish sculpture kit. In the same spirit, builder JakeSadovich77 has recreated one of Leonardo Da Vinci’s flying inventions as a moving kinetic sculpture.

The Ornithopter stacks up to a seemingly simple brown glider composed mainly of Technic elements. Head below to the display stand and you’ll see where all of the magic happens. Built into the base are a series of gears that allow the Ornithopter to flap just like Da Vinci originally intended. 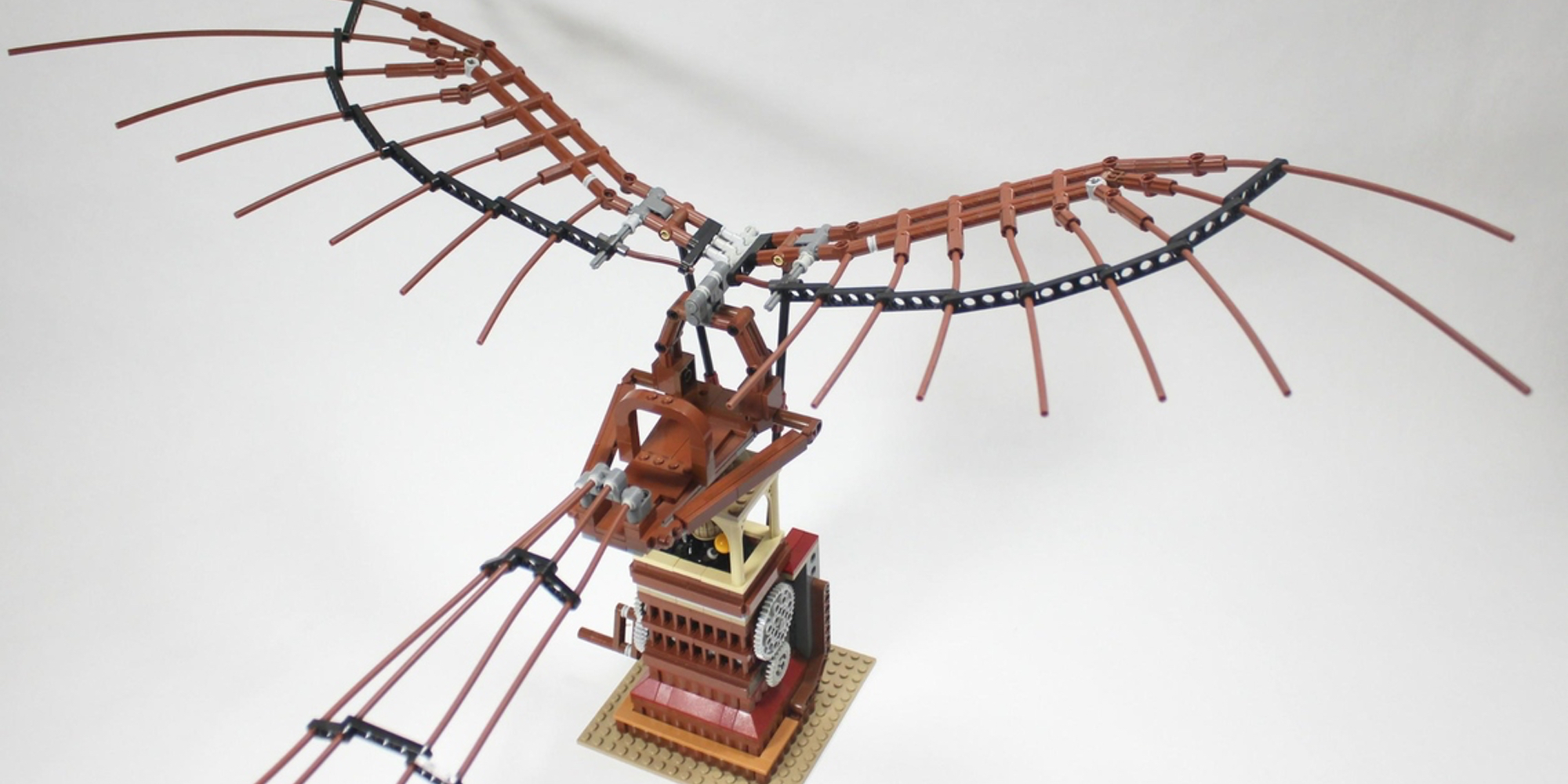 It’s just as technically impressive as it is visually appealing and would make a great display piece. So far this build has locked in over 1,300 supporters, which is well on its way considering there are still 430 days until time runs out.

Two of our favorite series of LEGO kits here at Toys are the detailed Architecture line as well as the lovable BrickHeadz figures. Drawing inspiration from both, creator erzahurak has assembled a recreation of Mount Rushmore out of BrickHeadz. It’s a very charming little build that nails the source material. 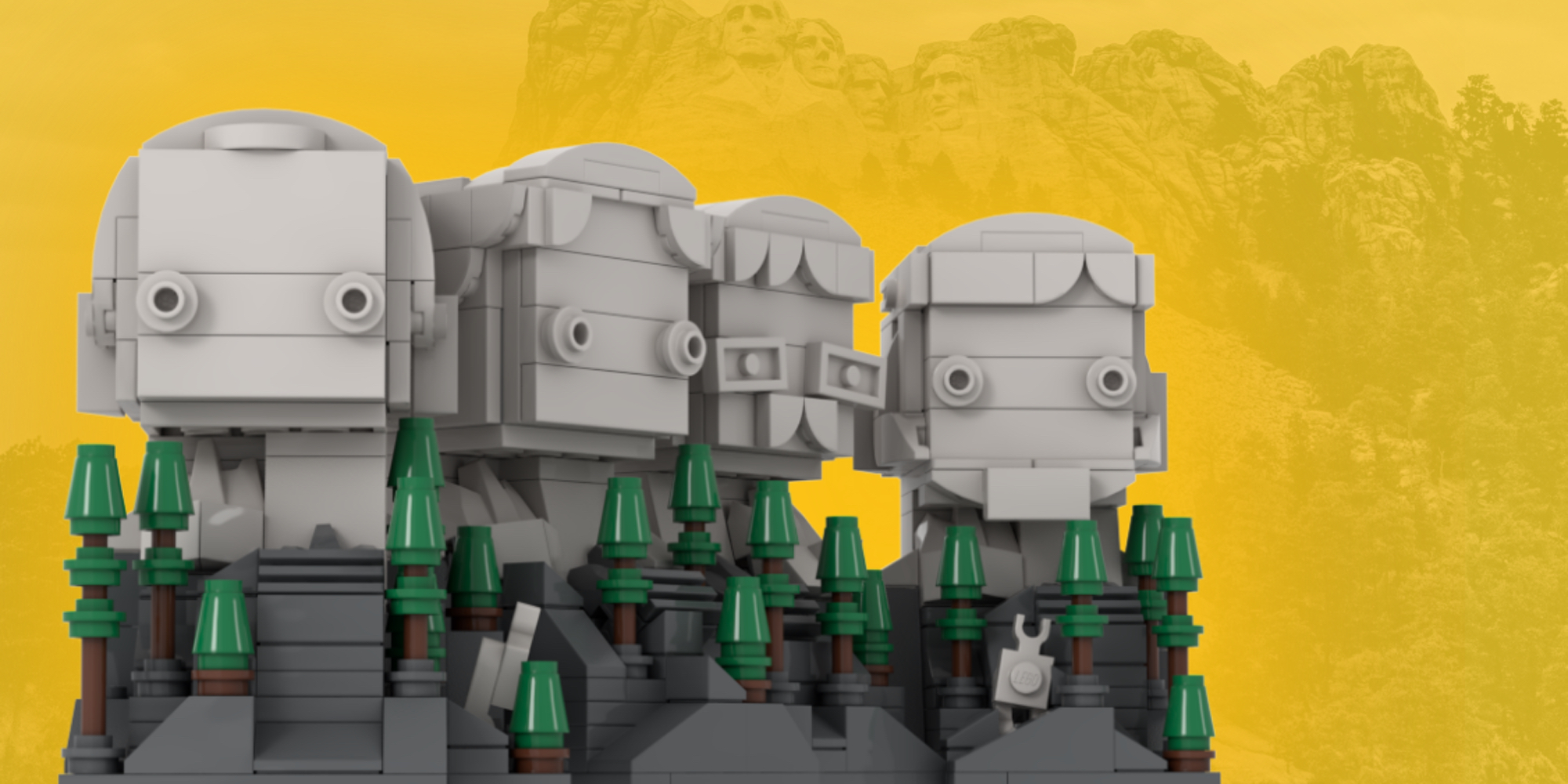 Now that LEGO is branching out its BrickHeadz lineup to include as many different characters as possible, this seems like a no-brainer to me. And why stop at just Mount Rushmore? LEGO could easily recreate other landmarks like the Lincoln Memorial in the BrickHeadz likeness.

With over 400 days to go, BrickHeadz: Mount Rushmore only has 184 supporters. This is a kit I definitely want to add to my collection some day, so my fingers are crossed it can gain the support it needs before time runs out. 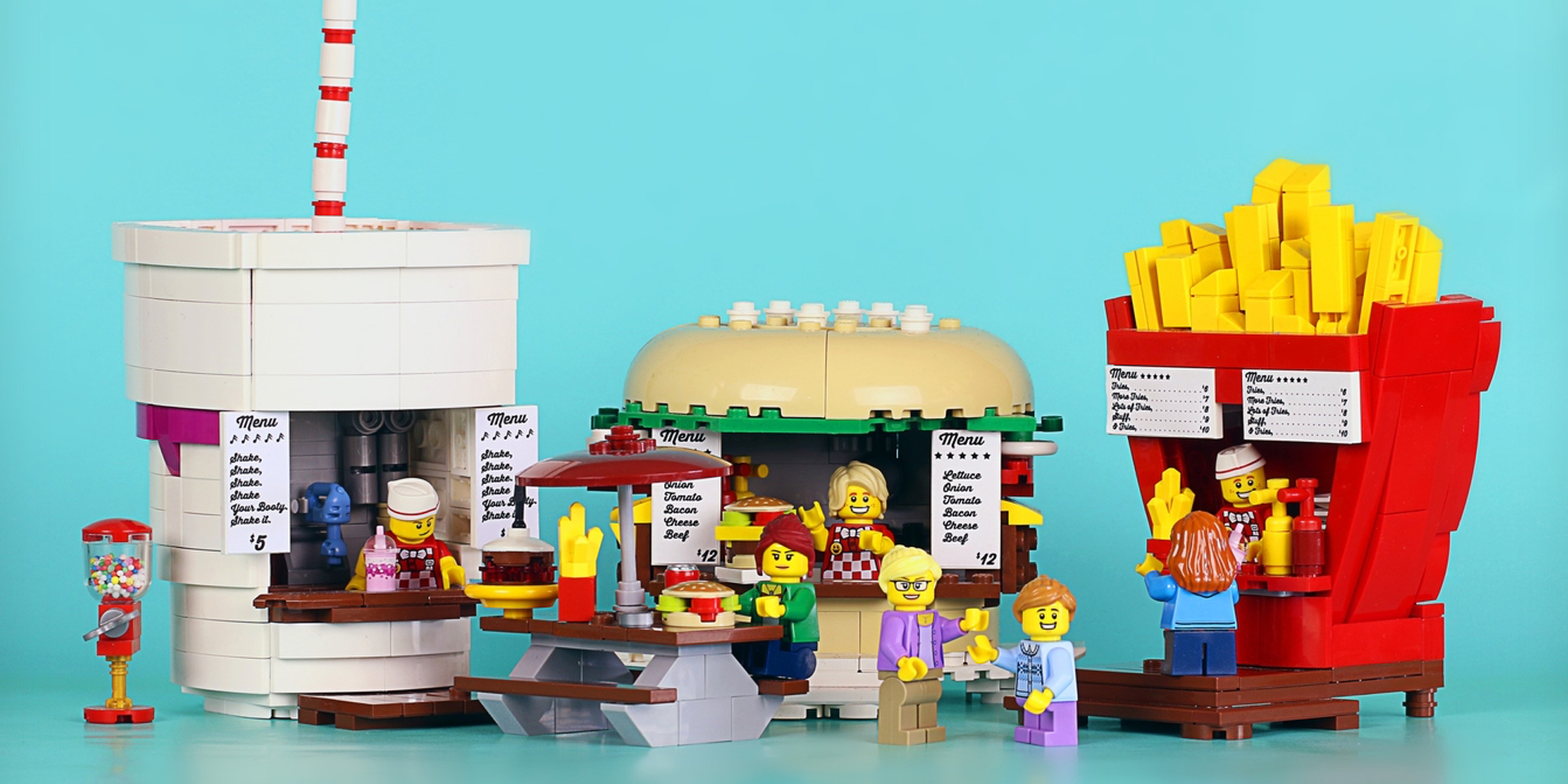 Last up on our showcase today is the Food Stand Diners, in which builder FrostBricks has imagined snack shops shaped as a soda, burger, and fries. Each of the three food stands would make a perfect addition to the LEGO City lineup. The creator has managed to pack so much detail into each of the builds despite their smaller size. The added touches of the gumball machine and bench make it one of the most well-conceived fan-made builds we’ve seen.

And luckily with 450 days to go, Food Stand Diners has locked in over 9,200 supporters. With less than 800 to go, there’s a great chance we’ll see this enter the review phase for early 2019.

Have a favorite of the three builds we highlighted? Let us know in the comments below and be sure to give your support to any of the builds you’d like to see become full-blown LEGO kits.