Grab OTTTD Over The Top Tower Defense for your iOS game library at $1 today (Reg. $5) 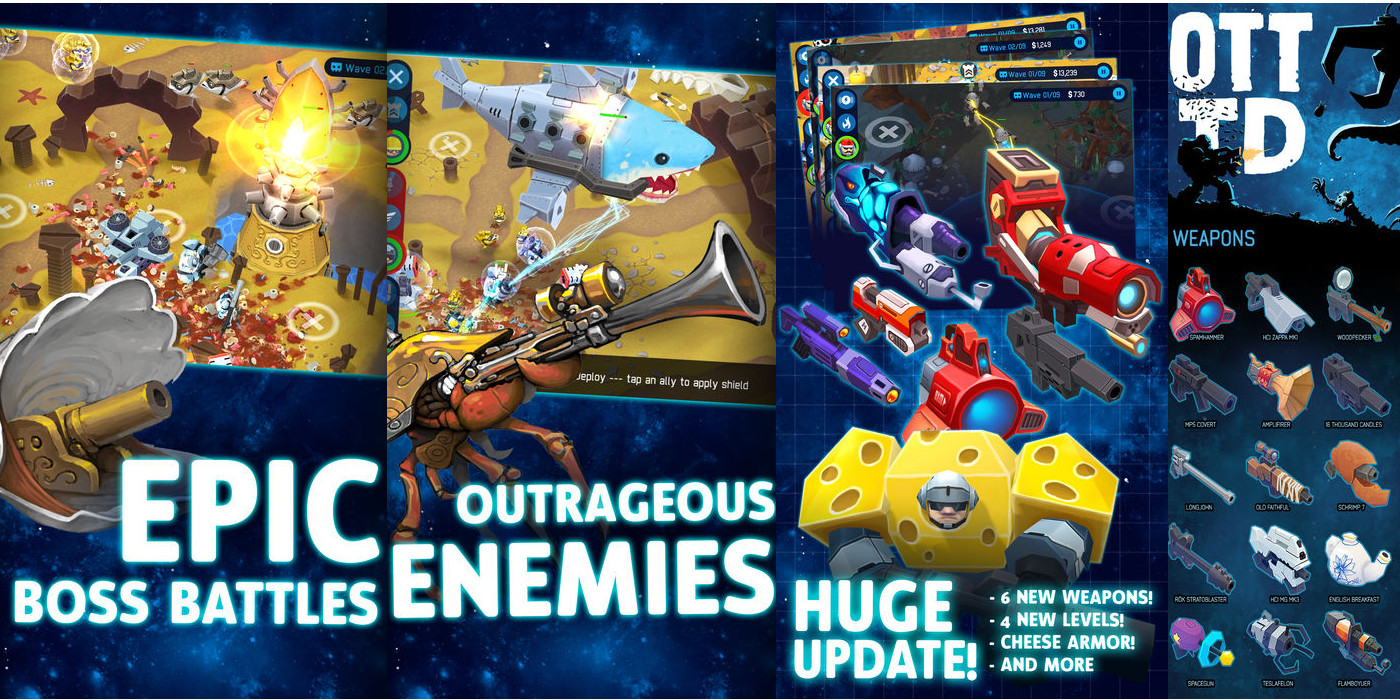 In OTTTD: Over The Top Tower Defense for iOS you’ll have to “command heroes, build towers, discover strange and exotic worlds” and then “blow them all to bits.” Regularly $5, you can now download the game to all your iOS devices for just $1. Outside of a brief deal back in January, we haven’t seen the app down this low since May 2018. Today’s deal is matching the lowest we have tracked all-time. The game features an interesting blend of tower defense and real-time strategy gameplay as well as “epic bosses”, light RPG mechanics and more. Rated 4+ stars from hundreds all-time. More details below.

All of yesterday’s most notable price drops are still as well. The 3D action fantasy tower defense game Brave Guardians is now FREE, KORG’s Gadget 2 all-in-one music making platform for iOS is 50% off and you’ll find even more right here including Reigns: Game of Thrones.

OTTTD: Over The Top Tower Defense

HEROCORP™ WANTS YOU. Command heroes, build towers, discover strange and exotic worlds and blow them all to bits.

* An intense tactical blend of TD and RTS gameplay

* Build and upgrade towers for attack and defense

* Command a squad of heroes