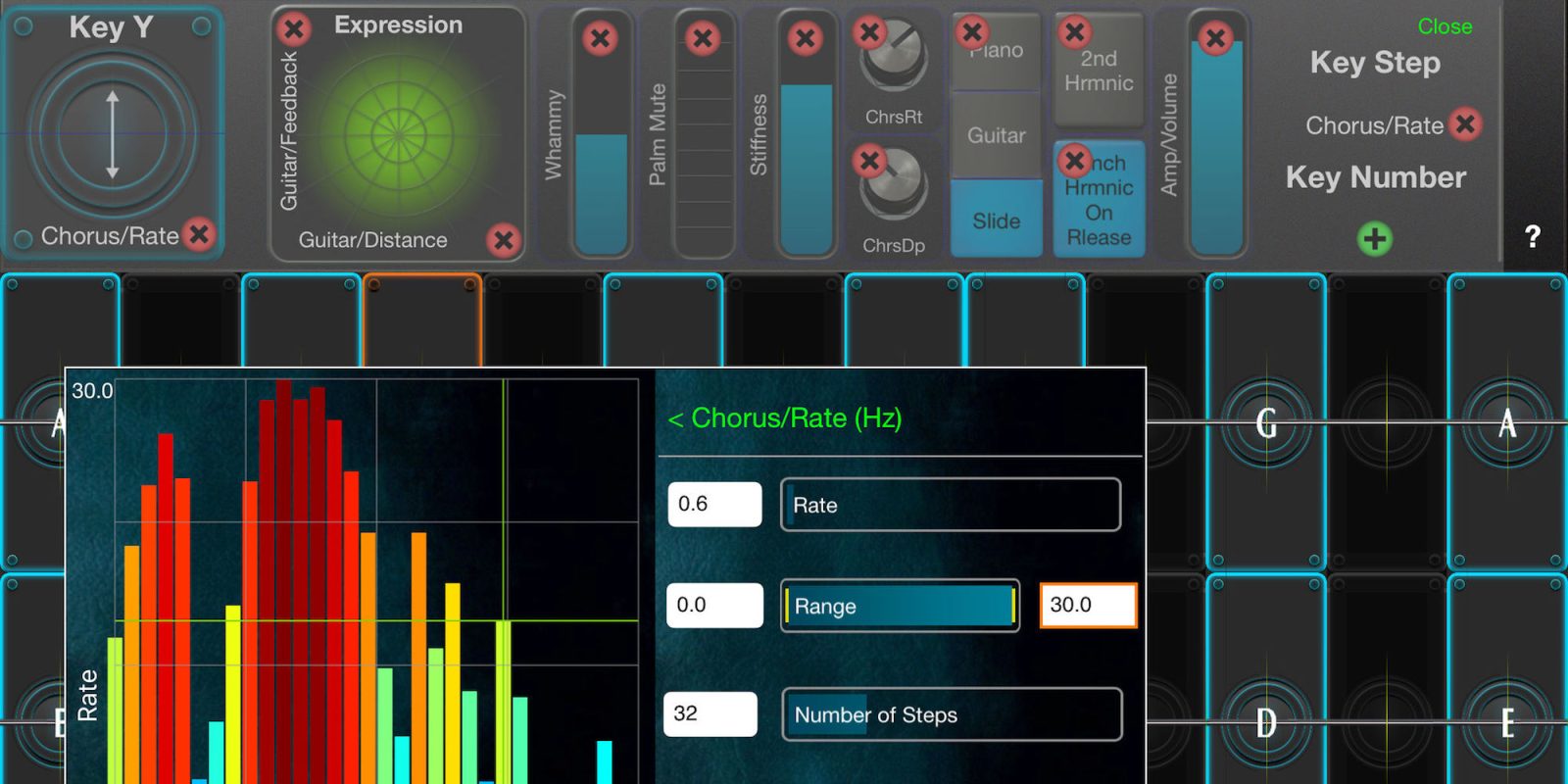 After Moog and KORG started it all back in mid-March, Wisdom Music is now making its brilliant guitar-based GeoShred Play the next free music making app available on the App Store. GeoShred Play is essentially a modeled-guitar synthesizer that offers players a diatonic playing surface to trigger the sounds. Think of it as a magical music making/playing surface locked to melodic scales so you literally can’t play a bad note. In fact, the whole thing is even more impressive in practice than it sounds. The regularly $10 GeoShred Play is now available on the App Store for free for the very time until April 17. You can keep the app forever providing you scoop it up for free before then. Rated 4+ stars, this is one music making app all mobile musicians should try, but we also have a solid deal available on the pro version as well. More details below.

Regularly $30, GeoShred Pro is now on sale for $14.99 via the App Store. This is matching the lowest price we have ever tracked.  While the Play version is an incredibly capable piece of kit, the pro version brings all the features serious producers and musicians will need like “preset editing, AUv3 plugin support, MIDI/MPE, setlist editing, Inter-App Audio, and Audiobus support.” It also carries a 4+ star rating from hundreds.

Speaking of music production, the new LUNA DAW from Universal Audio is now available and here’s our hands-on impressions. On the app deals side of things, we have plenty of those for you right here.

Free music making app: With GeoShred Play, everyone can shred using the the new diatonic playing surface! You can Shred the Blues and never hit a wrong note. Slide your finger in any direction and let the magic happen using a scale that fits perfectly against a backing track. Seamlessly move between fretless and diatonic modalities in a magical musical way using our isomorphic and diatonic playing surface and groundbreaking intelligent pitch rounding. GeoShred Play is a play-only version of the award-winning GeoShred musical instrument for iPad, iPhone and iPod touch. GeoShred Play can be used to perform GeoShred Pro presets.

Get this deal
Reg. $10 FREE
You’re reading 9to5Toys — experts digging up all the latest technology and lifestyle deals, day after day. Be sure to check out our homepage for all the latest news, and follow 9to5Toys on Twitter, Facebook, and LinkedIn to stay in the loop. Don’t know where to start? Check out the best Apple deals, our daily podcast, and subscribe to our YouTube channel