LEGO kicked off the year with a bang by debuting one of the most highly-coveted creations in quite a long time, the Ideas International Space Station. Entering the vast LEGO Ideas lineup, this fan-inspired kit caught our attention back when it was first showcased at the end of January, and now we’re taking a hands-on look to see if it is truly as out of this world as we thought. Hit the jump as we dive into our full review of the LEGO International Space Station.

LEGO’s most recent Ideas release is just one of the many space-themed creations that the fan-inspired collection of kits have brought us. Back in 2017, we received both the massive Saturn V and vignette-esque Women of NASA kit. Since then the company hasn’t stopped pumping out highly-collectible recreations of NASA history, culminating in the International Space Station released at the start of the month.

Despite just being the most recent release in a long line of predecessors, the LEGO International Space Station manages to clearly stand out from the kits that came before it. Measuring over 19-inches wide, the creation stands 7-inches high. Piecing together the creation can effectively be split into two stages. First, you’ll build the body of the ISS, which is comprised of layered plate elements. Then there’s the somewhat tedious task of crafting eight identical solar panel arrays. 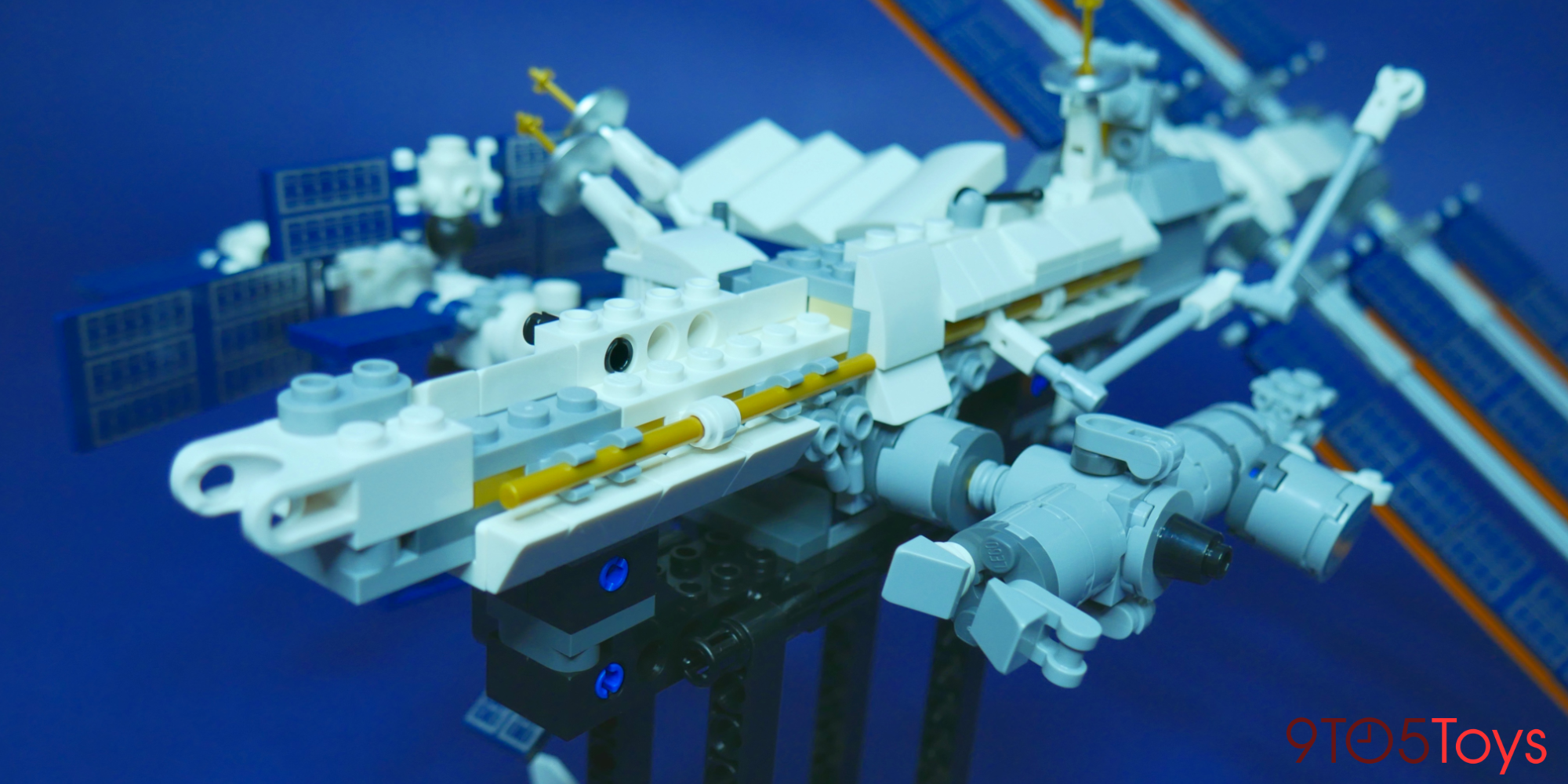 Once assembled, you’re left with a model that not only looks great on display but has so much to offer when getting up close and personal with the build. There are a lot of little greebles that sell the miniature scale of the creation. Plus, LEGO has brought plenty of authentic details from the real-world space station into its brick-built replica. Aside from just the ISS, LEGO completes the kit here by also including a brick-built space shuttle, capsule, and miniature satellites.

In recent years, LEGO has been continuing to replace printed bricks with stickers. It’s just a fact that this writer has come to except when breaking open another kit. But if there’s one take away from the LEGO Ideas theme, is that typical rules don’t apply. While your average set may have one or two printed decals, this fan-inspired creations always go above and beyond. 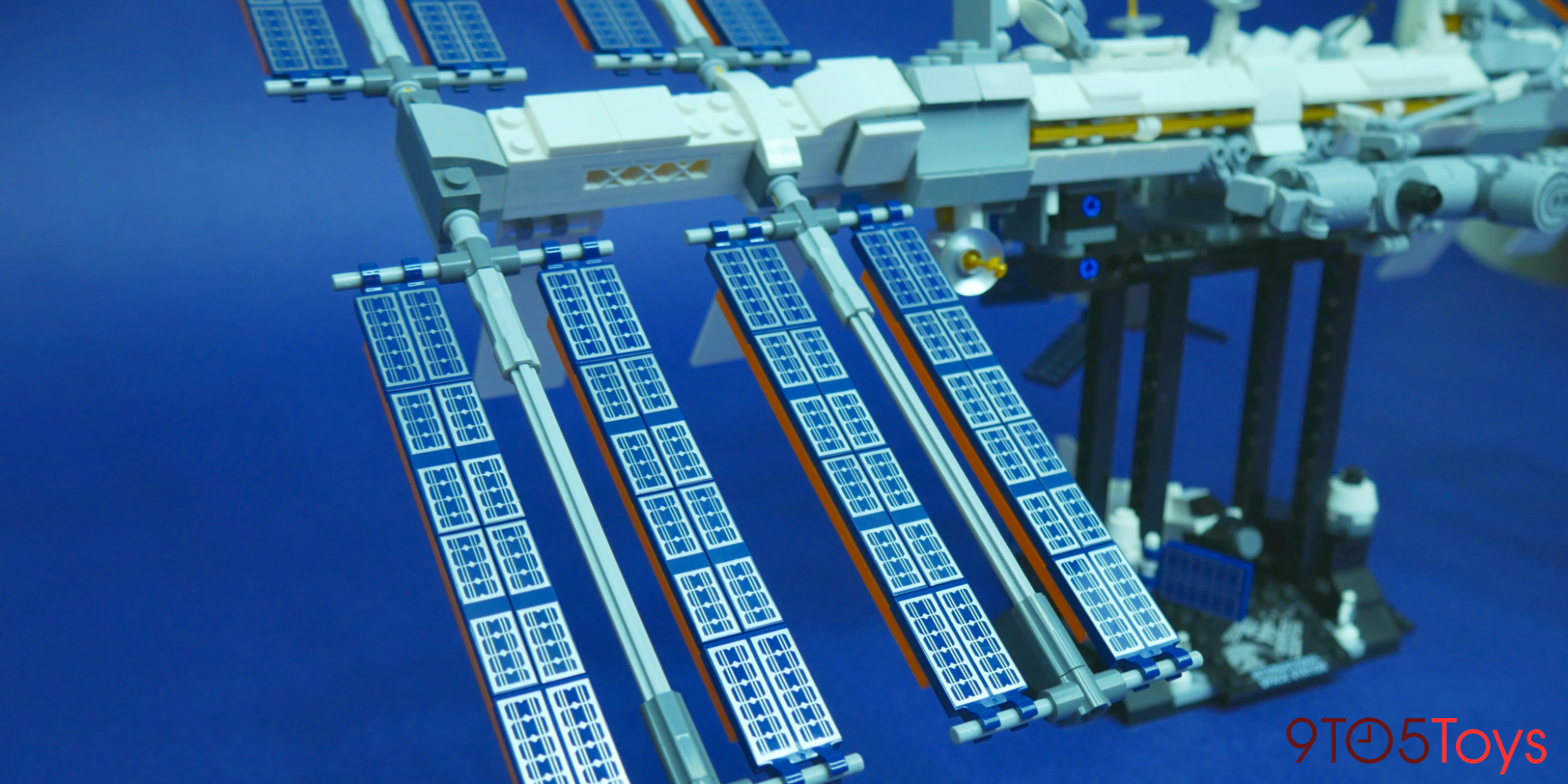 That sentiment is clearly something that this creation’s designer poured into the build, as the International Space Station delivers on printed bricks in a way that I don’t think LEGO ever has before. Most notably, you’ll find a collection of stenciled solar panel bricks that pull off the signature look of the ISS. There’s plenty included here, from 64 of the 1×4 tiles to 46 of the 2×3 plate with clips.

On top of that, there’s also an entirely new 2×2 cone brick for the ISS’s iconic cupola that overlooks the Earth. Other highlights here include a repurposed soda can lid, 2×2 round tiles, and more. Lastly, there’s a printed display plaque brick that brings the whole build together.

All in all, it would have been so easy for LEGO to craft a sticker sheet for all of the solar panel elements, but the fact that the company decided to go with printed bricks shows the level of polish they put into the creation. The rest of the kit only gets better from there. 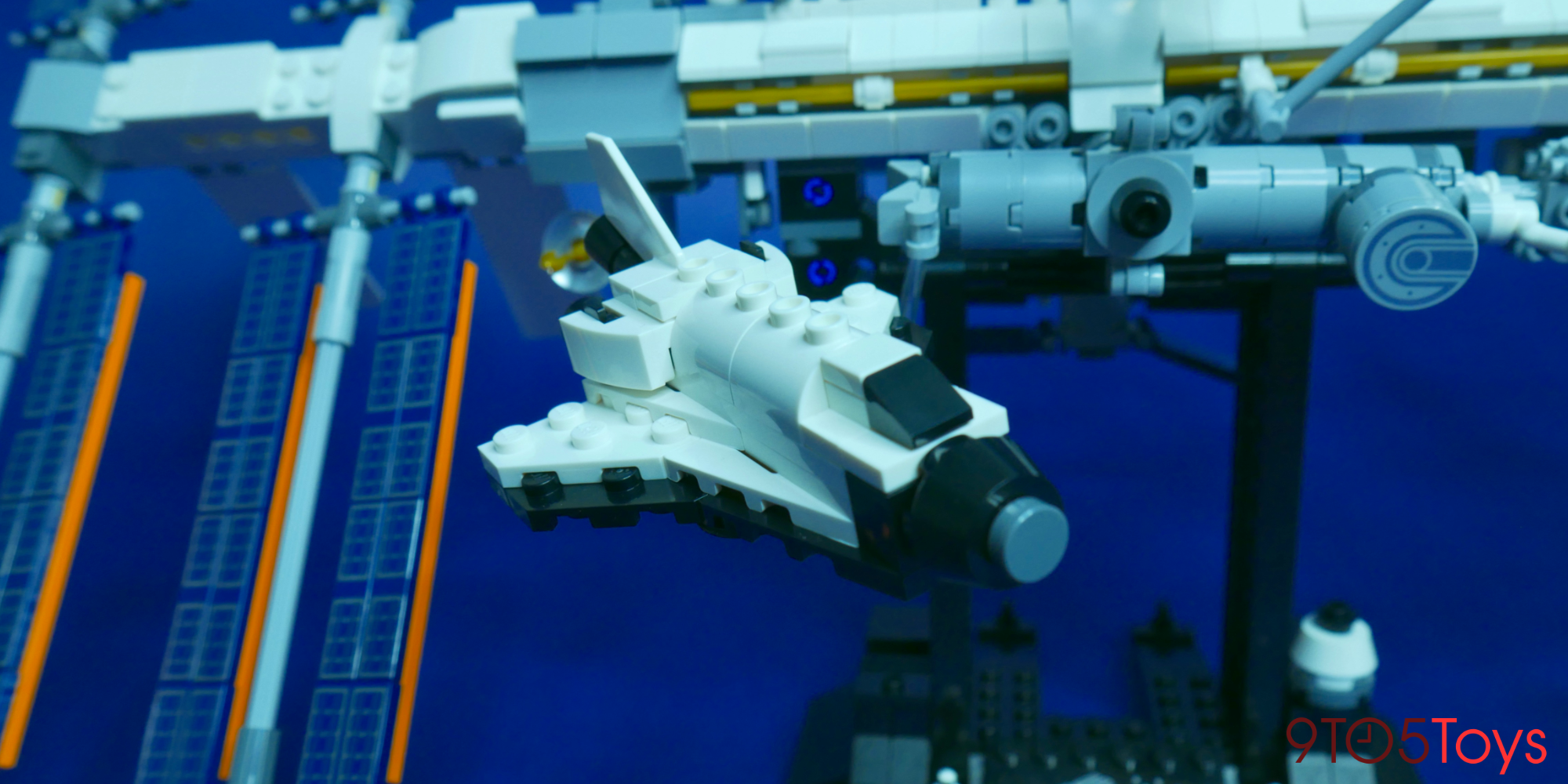 Something that we’ve found to be true in past LEGO Ideas creations that we’ve taken a look at is that you’re almost always going to be getting a bargain. High part counts and reasonable price tags are somewhat of a staple of the theme, both of which you’ll find with the LEGO ISS. Entering at $69.99, you’re getting 864 pieces in total.

That equates to about $0.08 per brick, which is well below the gold standard of $0.10 per piece that we typically like to see. So count the part per dollar metric to be just another win for the International Space Station. That’s not even taking the batch of enticing bricks into account, which further sweetens the overall value of this kit. 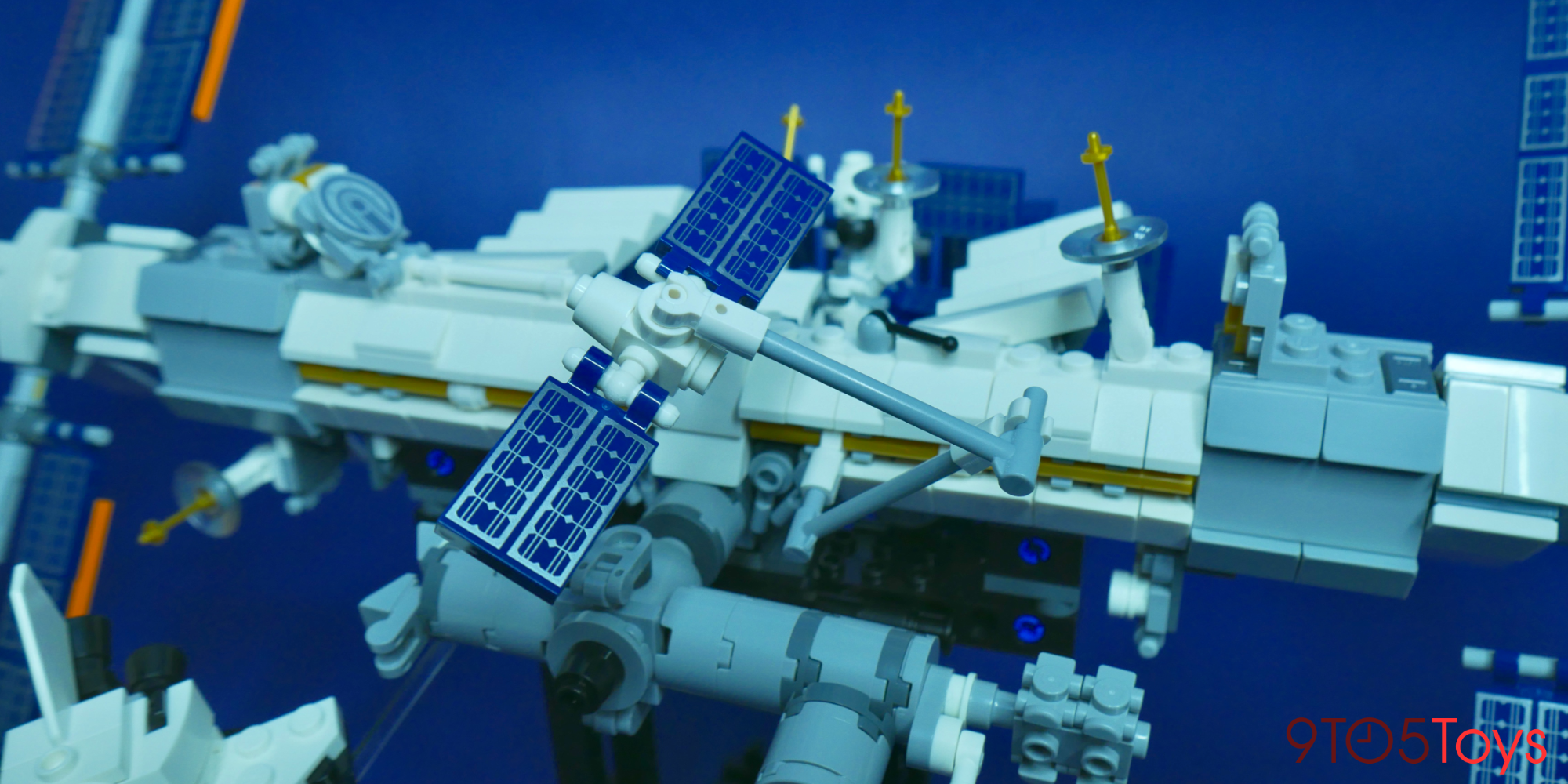 Is it worth it?

Nowhere in the LEGO lineup will you find as unique of a kit as the International Space Station. As authentic as past space builds have been, this one brings an attention to detail that will surely make it a must-have for NASA enthusiasts and LEGO fans alike. The final look that’s achieved by the eight solar panels is just fantastic, with the same immaculate execution being found in the rest of the build. So for the price and the completed model you’re left with, there’s no reason that you shouldn’t buy the LEGO International Space Station if it piques your interest.

Buy the International Space Station featured in our review