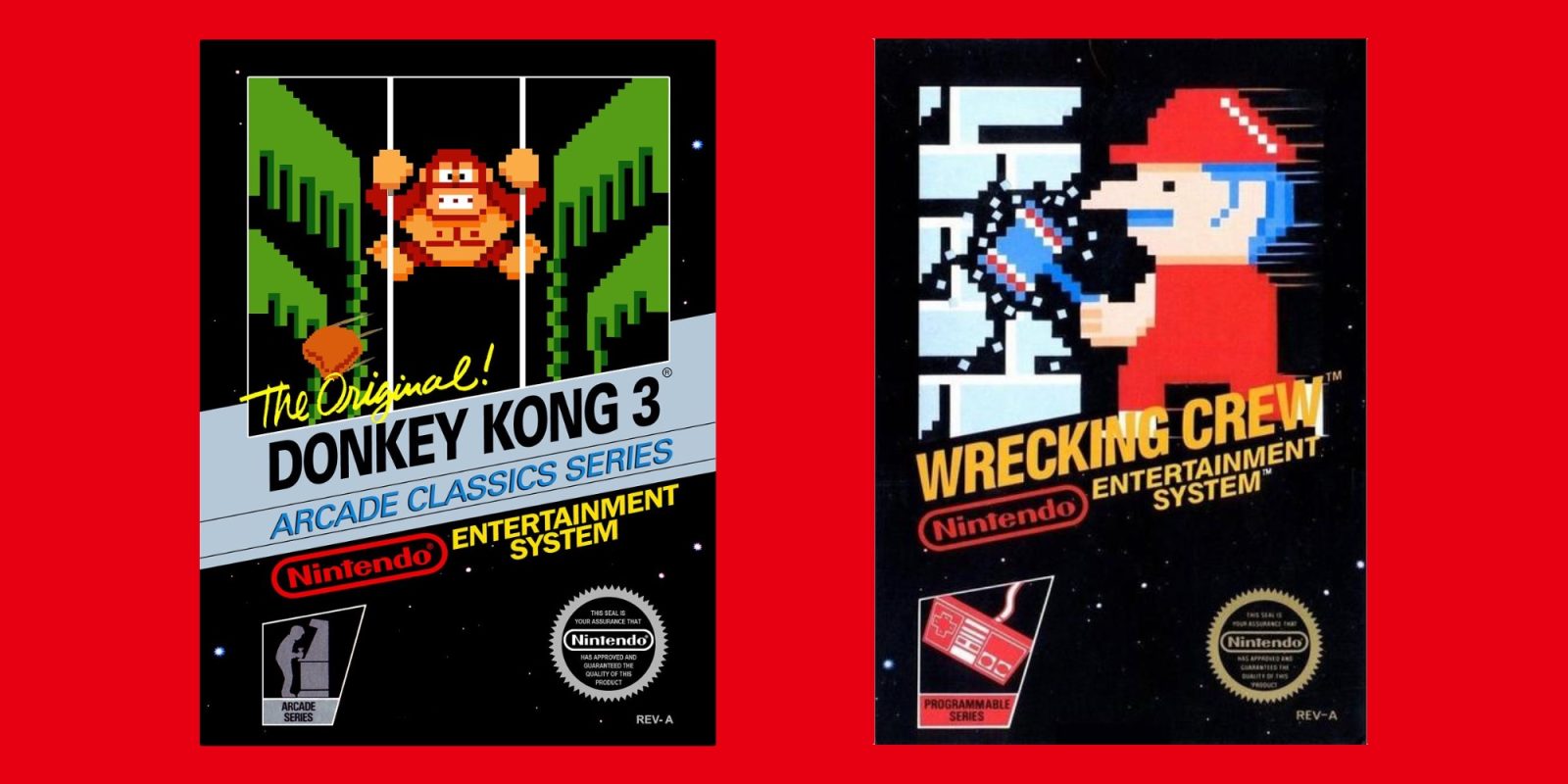 If this morning’s Switch Lite unveil gave you Gameboy Advanced vibes and are now craving some more old school Nintendo content, you’re in luck. Continuing to give retro gaming fans more classic titles, this month Donkey Kong 3 will be arriving on the Switch. That’s not all, as Nintendo will also be dishing out Wrecking Crew as well. Arriving on Nintendo Switch Online later in July, you’ll want to head below for the full scoop on when you’ll be able to dive into the pair of retro-releases.

Unlike the past several months where Switch Online subscribers were treated to a triage of re-releases, July will only introduce two titles. So far, 2019 has brought plenty of system-defining NES games to the Switch like Kid Icarus and Punch Out!!. Nintendo looks to continue that trend, as this month brings one of the most notable games to hit the 80s’ console.

Marking the third installment in the Donkey Kong franchise, the game was originally an arcade cabinet exclusive before coming to the America with the 1986 stateside NES release. It later arrived on the Wii’s Virtual Console over two decades later. Now fans will be able to enjoy yet another DK game on the Switch with Donkey Kong 3. 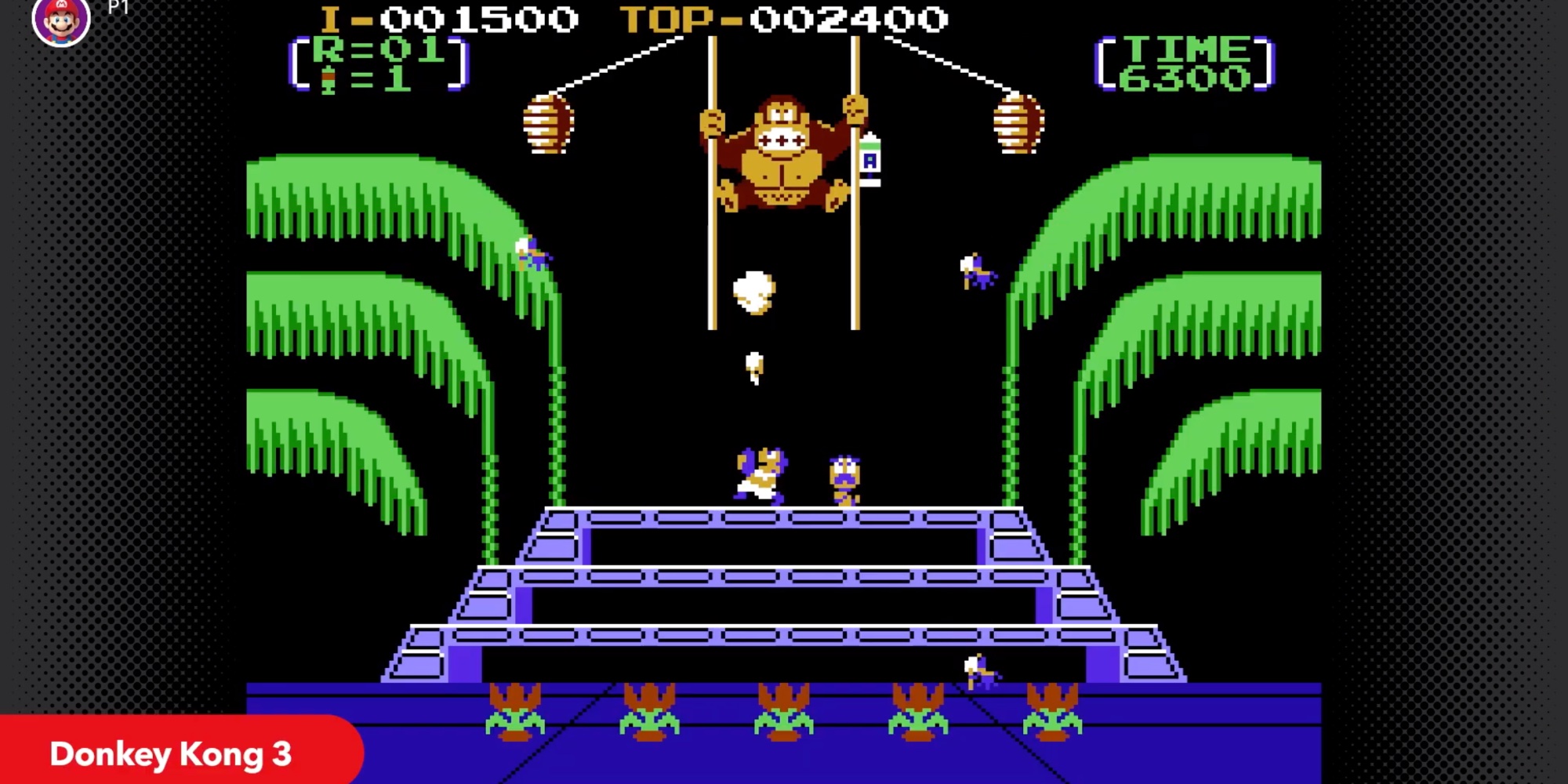 Donkey Kong 3 mixes up the series’ gameplay and departs from the side-scrolling platforming style of its predecessors. Instead, you’ll find shooter elements more akin to NES games like Space Invaders. Players will take on the role of Stanley the exterminator who must defeat a swarm of insects. Donkey Kong himself hangs from vines at the center of the screen and must be beaten to progress towards the next level. 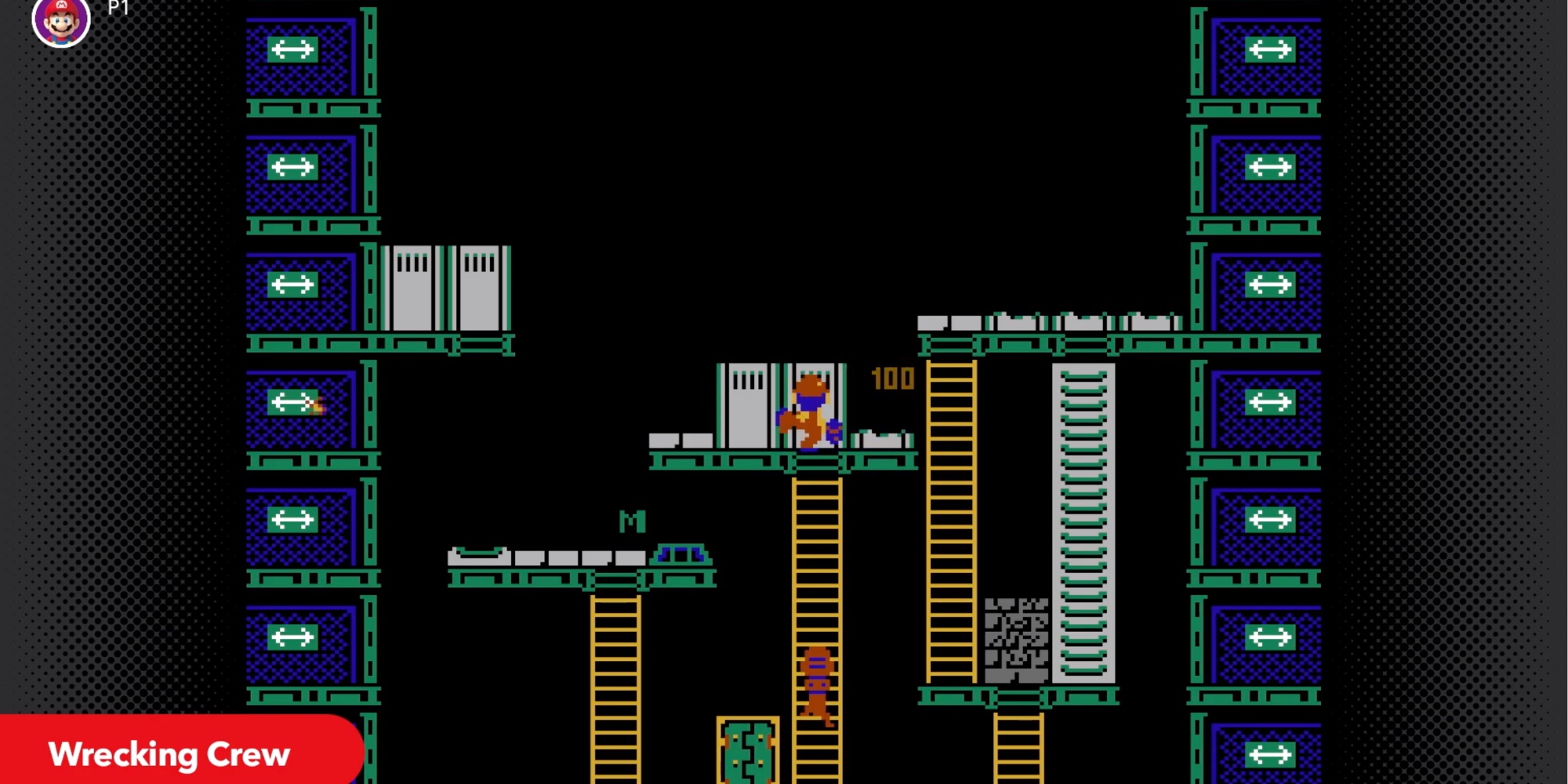 As for the second of the upcoming NES title releases, Wrecking Crew will be making its Switch debut. Even if the title doesn’t immediately get your attention, the game features two familiar faces. Both Mario and Luigi must make their way through 100 different levels by breaking obstacles.

To make up for only getting two NES titles this month, Nintendo is also implementing a new feature for the online service. While playing any of the retro releases, you’ll soon be able to easily rewind gameplay in order to redo a mistake. By pressing and holding the ZL and ZR buttons, you’ll be able to scrub through your session and pickup at nearly any point.

You’ll be able to enjoy both Donkey Kong 3 and Wrecking Crew as well as the new Rewind feature on July 17th. The update will arrive for Nintendo Switch Online subscribers.