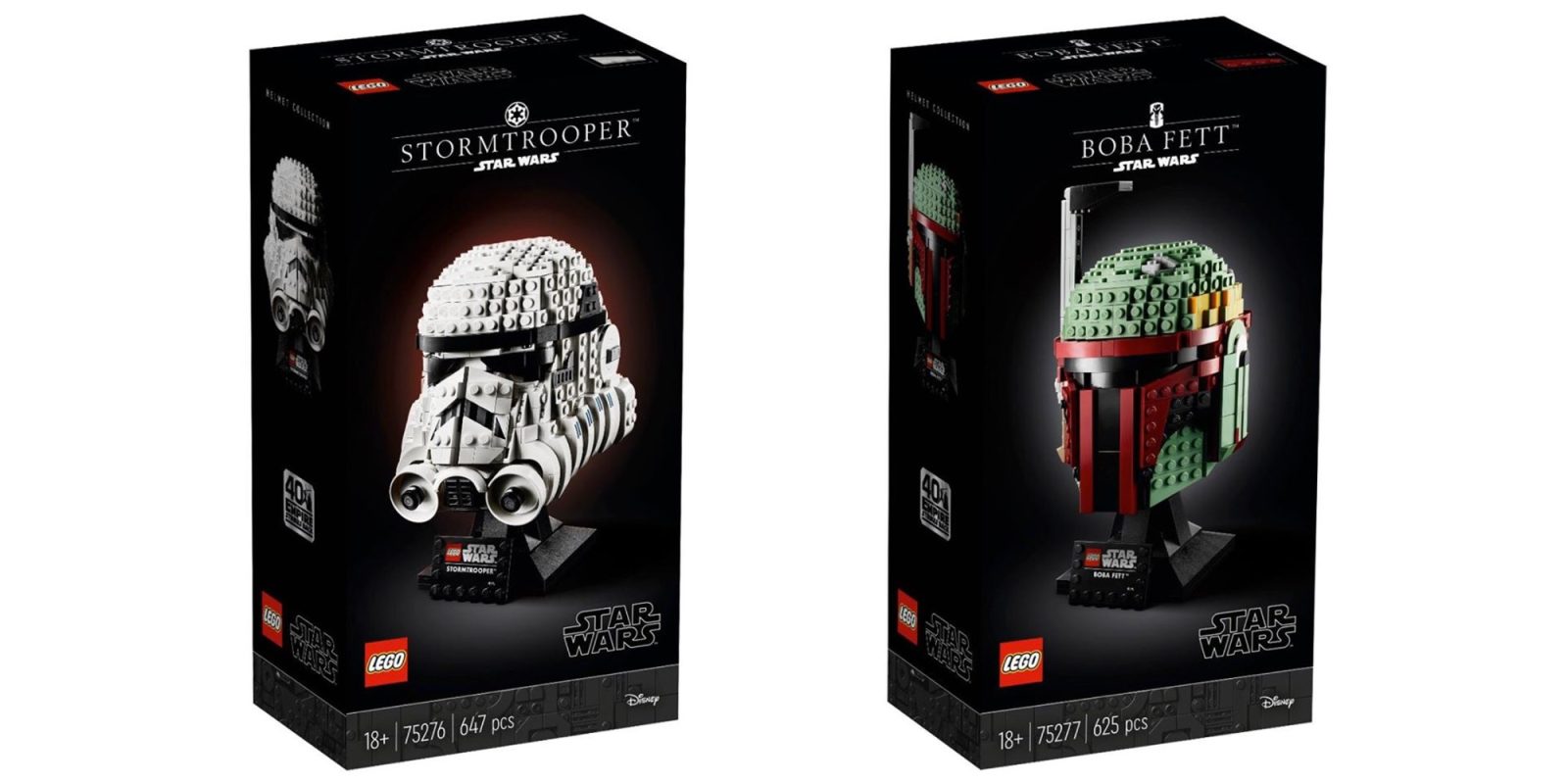 After dedicating 2019 to celebrating the 20th anniversary of the Star Wars theme, it seems LEGO has had its fill yet for unveiling commemorative kits from a galaxy far, far away. With 2020 marking 40-years, since The Empire Strikes Back, was released in theaters, we’re now getting two new creations that hark back to the beloved film. Assembling two iconic characters from the film, fans will soon be able to add a brick-built Stormtrooper and Boba Fett helmet to their LEGO collections. Head below for a closer look.

LEGO is no stranger to upscaling characters from the Star Wars universe into display-worthy creations. Just last month, we got a first look at an upcoming D-O kit that does just that. But this also won’t be the first time in recent memory that LEGO has decided to create brick-built busts either. For Star Wars Celebration last year, we saw a Darth Vader Bust, which was followed up by a Sith Trooper version ahead of The Rise of Skywalker.

These new commemorative The Empire Strikes Back creations are seemingly a mix between the two styles of kits, bringing two fan-favorites into LEGO form crafted from hundreds of bricks each. This time around, LEGO is fittingly giving the Dark Side of the Force some love here. The first of the new Star Wars helmets is a Stormtrooper, which clocks in with a 647-brick part count. My personal favorite from the pair is the Boba Fett mask, which is assembled out of 625-pieces.

Both versions are completed with a display stand and nameplate, clearly taking inspiration from the Ultimate Collector Series theme. These kits also have new box art for a Star Wars set, showcasing the builds in a similar style to the Architecture line.

Look for a release on May the Fourth

As of now, pricing has yet to be finalized for here in the United States, but with a €59.99 cost overseas, we can expect to see these land in the $70-80 range domestically. As for when we’ll see these hit store shelves, it’s likely Star Wars celebration in May will see an official release of both LEGO helmets.

LEGO is targeting older fans with its latest pair of Star Wars kits, and I couldn’t be happier to see the company release these Stormtrooper and Boba Fett helmets. The designs are pretty solid and about as true to life as you can get with the blocky medium. While it would have been great to see life-size helmets recreated here, the price point and smaller size will surely make these a must-have for fans looking to bring home a piece of The Empire Strikes Back.