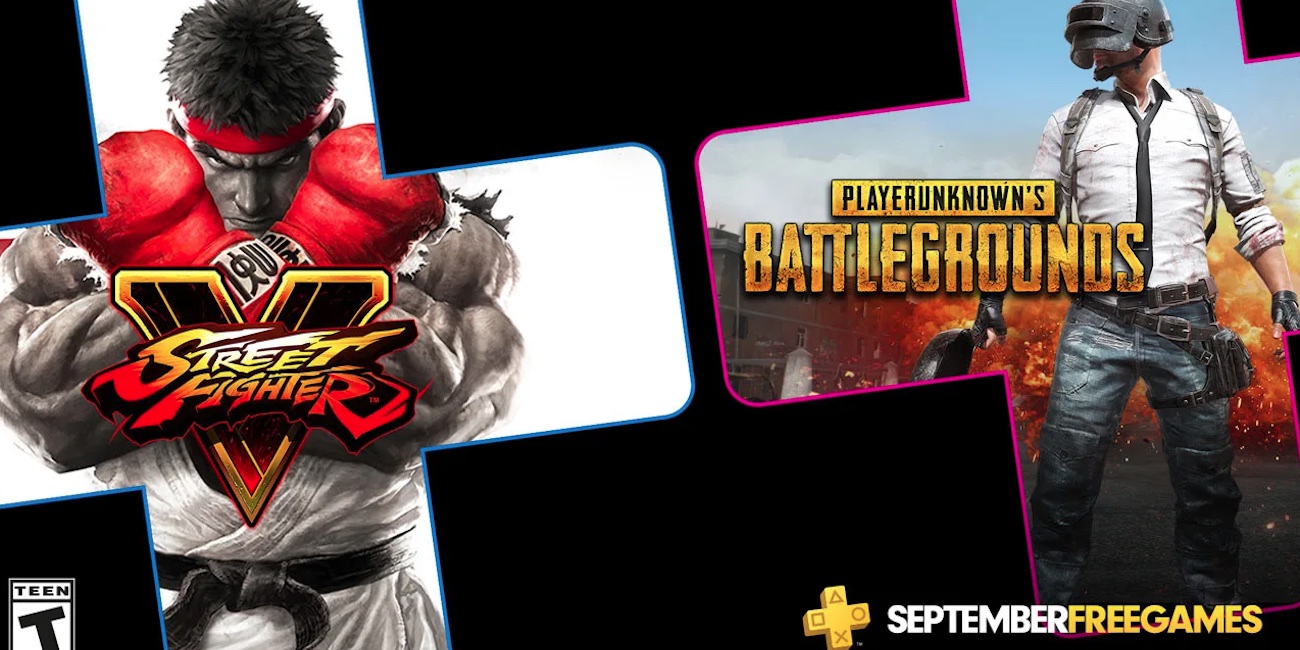 After seeing some big-time deals on PlayStation Plus and PS Now this morning, Sony has taken to the official PlayStation Blog to unveil the FREE September PS4 games. It’s all “chicken dinner and shoryukens” next month with the battle royale game that started it all and Capcom’s latest entry in the Street Fighter franchise (outside of that 30th anniversary collection anyway). As usual, you’ll need to be a PlayStation Plus member to access the free games and these titles will remain part of your library for as long as your subscription remains active. Head below for more details.

Headlining the FREE September PS4 games is Capcom’s Street Fighter V. The standard version of the game regularly fetches between $15 and $20 at Amazon (when it’s available) and PSN, but will be available for FREE to all PlayStation Plus members starting next month. This version includes “Arcade Mode, Team Battle Mode and the online-enabled Extra Battle Mode” as well as access to the free downloadable cinematic story “A Shadow Falls.” And don’t forget to check out the new Seiko Street Fighter V watch collection while you’re at it.

We are also getting PUBG: PLAYERUNKNOWN’S BATTLEGROUNDS as part of the FREE September PS4 games. Regularly listed at $30 on PSN, you’ll be jumping into 99-player battles starting next month at absolutely no cost, if you can pull yourself away from the new Marvel Fortnite content that is. “Land, loot and outwit your opponents to become the last player left standing in a thrilling game experience full of unexpected, adrenaline-pumping moments.”

Both Street Fighter V and PUBG will be available as FREE downloads to all PlayStation Plus members from Tuesday, September 1 to October 5, 2020. Last month’s games, Call of Duty: Modern Warfare 2 Campaign Remastered and Fall Guys: Ultimate Knockout, are available for nothing until August 31, 2020.

Here are all of today’s best PS4 game deals, huge price drops on PlayStation Plus and PS Now, a cooling and charging stand for $13, and even more right here. Be sure to check out Logitech’s ‘ultra realistic’ TRUEFORCE racing wheel and here are the PS5-compatibility details for DualShock 4, PS VR gear, and more.

New competitors and iconic world warriors square off in Street Fighter V, Capcom’s blisteringly ferocious fighter and the latest entry in the legendary Street Fighter series! Sharpen your skills in a variety of single player modes, then prove you’ve got what it takes to best the globe’s finest fighters in online matches! Both games will join PS Plus on Tuesday, September 1 and be available to download for PS Plus subscribers until October 5.