Amazon is now offering the Hasbro Jenga Mini Game for $2.88 with free shipping for Prime members or in orders over $25. Also currently matched at Walmart. Regularly around $5 or so, today’s deal is roughly 45% off and the lowest price we can find. It is also a new Amazon all-time low. This is a miniature version of the classic wooden block stacking game you remember. Measuring out at 2.37- x 0.8- x 0.48-inches, this pocket-sized version includes 18 mini wood Jenga blocks and carries a 4+ star rating from over 740 Amazon customers. More details and board game deals below. 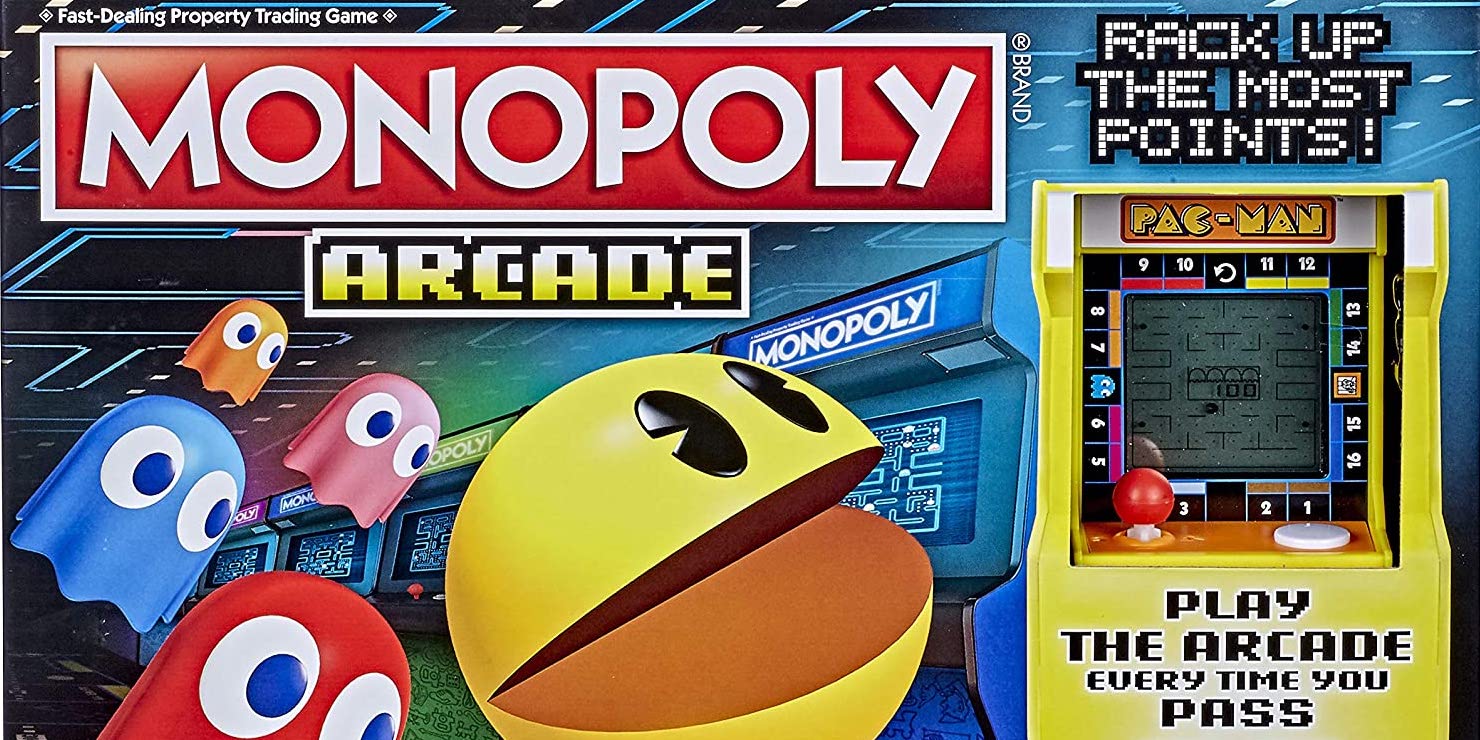 In celebration of its 40th anniversary, Hasbro is teaming up with Bandai Namco on a new PAC-MAN Monopoly board. Not unlike the previously released Monopoly Gamer Nintendo crossover and the Sonic the Hedgehog edition, Monopoly Arcade PAC-MAN tweaks the classic board game formula with new rules, themed pieces, and this time around, a miniature arcade machine. Head below for a closer look. END_OF_DOCUMENT_TOKEN_TO_BE_REPLACED

Amazon is now offering Monopoly Gamer Overwatch Collector’s Edition Board Game for $9 with free shipping for Prime members or in orders over $25. Matched as part of GameStop’s Deals of the Day. Regularly as much as $30, it usually sells in the $25 range at Amazon where it is now matching the all-time low. This is the collector’s edition that’s about as ideal for the Overwatch shelf as it is for spicing up game night. It includes six character tokens from the game as well as tweaked rules that tasks players with choosing a team and group leader to rack up points. Rated 4+ stars. More details below.

Climate Crisis Weekly: Which US states are leading and lagging in slashing CO2 emissions?

With San Diego Comic-Con originally having been scheduled for this week ahead of its shift toward an online showcase, Hasbro is debuting a series of new collectibles for Star Wars fans. Headlined by a lineup of retro-inspired figures and vehicles from its Vintage Collection, upcoming releases include a Smuggler’s Run Millennium Falcon alongside iconic characters from The Empire Strikes Back and Return of the Jedi, and 501st Legion Arc troopers. Head below for a look at all of the new releases and to find out when you can add them to your collection.

END_OF_DOCUMENT_TOKEN_TO_BE_REPLACED

Amazon is now offering the Monopoly: Star Wars Complete Saga Edition Board Game for $21.99 with free shipping for Prime members or int orders over $25. Currently matched at Walmart. Regularly as much as $30 direct, today’s deal is matching the lowest price we have tracked and is the best we can find. This edition lets player relive all nine episodes in Monopoly form with “colorful artwork inspired by all three trilogies.” You’ll also find themed game tokens (one character from each film), droid and planet properties, and X-Wings instead of hotels. It is essentially the same game you remember, with some interesting Star Wars twists and visuals. Rated 4+ stars from hundreds. More deals and details below.

Amazon is now offering the Hasbro Jenga Fortnite Edition game for $9.94 with free shipping for Prime members or in orders over $25. Currently matched at Walmart. Regularly $22 at Best Buy and elsewhere, today’s deal is about $3 below our previous mention, a new Amazon all-time low, and the best price we have tracked. This is the classic tower building game you remember with a series of twists based on the popular Fortnite IP. The goal is still the same here —  don’t let the tower collapse — but there are a few new wrinkles with each player racing their character block up the tower without knocking the whole thing down. Rated 4+ stars from over 1,800 Amazon customers. More deals and details below.

Leaked photo: Is this a new DJI FPV racing drone?

How drones speed up surveys for engineering firm Cardno